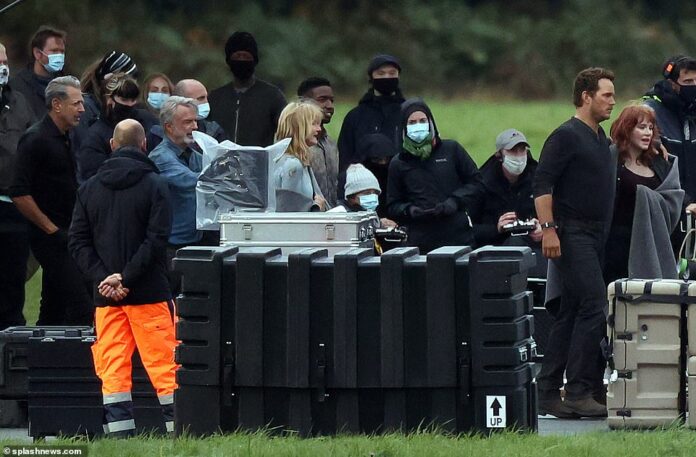 Covid 19 hit everyone’s work and the film industry was no different. Major multi million pound blockbusters were in production notably the final film in the Jurassic Park franchise, Jurassic World Dominion and the cast and crew were about to find out what would happen to their film When Covid Attacks!

Director Colin Trevorrow, producer Patrick Crowley and executive producer Alexandra Derbyshire had packed their bags to begin production on Dominion in British Columbia, Canada, in February 2020 but they had no idea that a little-known virus called Covid19 was to have such imminent and global impact, and indeed cause production to come to a sudden halt.

Principal photography commenced for just under two weeks as scheduled, but veteran producer Patrick Crowley suspected that things were about to get very real. “Just before we went to Canada, I was sitting with a couple of the other people who were in charge of the production, and I said, ‘I’m really nervous about this thing in China; I think it could really impact us,’” Crowley says. “I just somehow had this sixth sense that this was going to be a lot bigger than it appeared to be at the time.” Production continued in early March in the United Kingdom, but almost overnight the true nature of the pandemic began to take hold.

Within days, Frank Marshall, Crowley and Derbyshire found themselves on the telephone with Universal discussing ‘what ifs’ and the very real question of how they would get the American cast back home if suddenly the borders were shut. On the 13th day filming, on Friday the 13th of March, while Trevorrow was filming a scene where Bryce Dallas Howard’s Claire Dearing helps rescues a baby Nasutoceratops, Derbyshire received a text asking her and Crowley and Trevorrow to call the studio immediately. “We had just had the best week,” Derbyshire says, “and I went on set and said to Colin we need to call the studio now. He said, ‘Sure, when we wrap at the end of the night,’ and I replied, ‘No, we have to call them now I’m afraid.’ And we went and sat in my unit car and Pat, Colin and I called the studio and were told, ‘I’m sorry, but you need to stop.’” Everything halted. “It was just so surreal,” Crowley says. “We were such a well-organized and tight machine and moving so quickly, that it felt as if the rug was being pulled from under us. It was so disheartening for so many people, but, of course, the safety of our cast and crew had to come first.” J

By Monday the cast had been evacuated back to the US, but the producers had no idea how long the shutdown was going to last. “We may have been down for as little as two weeks and so you have to make really smart decisions how you close things down,” Crowley says. “For instance, you have to keep the lab open that’s processing the film as we didn’t want their chemicals to change.” It wouldn’t be until Monday July 6, nearly four months later, that filming was able to resume at Pinewood Studios outside London, and it was only because of an unprecedented COVID-protocol plan, created by the filmmakers, that Dominion became the first major studio production to begin filming again. 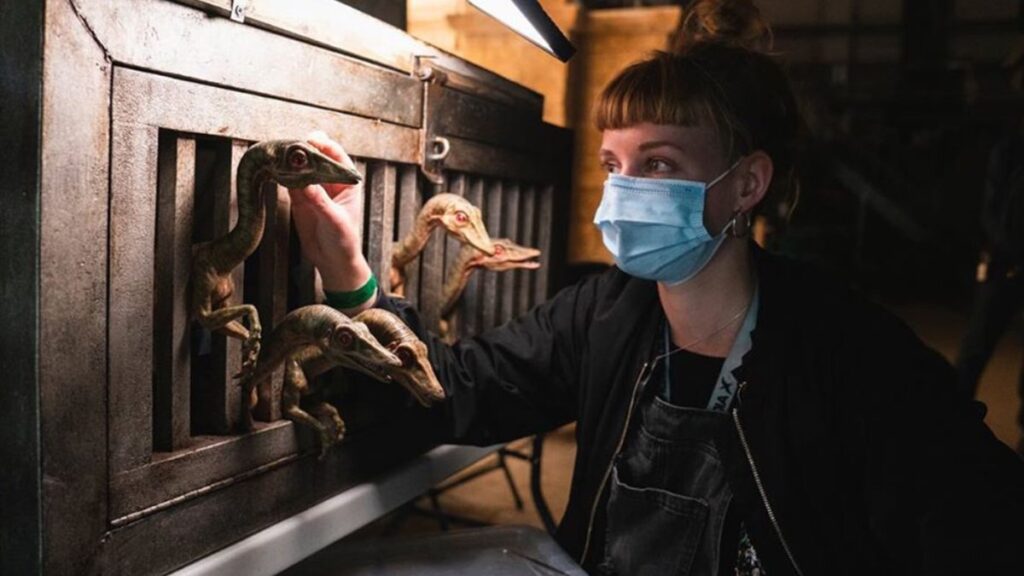 The protocols they created soon become the industry gold-standard, allowing productions across the industry to get back to work. Marshall, Crowley and Derbyshire didn’t waste a moment in preparing for their return. Alongside production manager TIM WELLSPRING they worked day and night on a 109-page COVID-protocol manual, partnering with DR RICCARDO DI CUFFA and YourDoctor to devise it. “No doctor can guarantee that no one’s going to get COVID-19 on the production” Di Cuffa says. “But the important thing was to be able to identify those individuals quickly and have a procedure by which we could isolate them and trace contacts so that we could quickly minimize any risk of spread. We literally spent hours on phones and Zoom calls and emails working through every possible scenario on how best to deal with a positive result”. Those calls included extensive discussions with the cast, their agents, unions, doctors etc.

The system they created was impressive and would quickly become the blueprint for every other production that followed including Warners The Batman and Paramount’s latest Mission Impossible film (see the trailer HERE)  that was badly affected when covid attacks. The protocols required the crew of around 700 people to walk through an airport style temperature check every morning. Each would be given a wrist band and divided into various departmental zones. Green Zone crew were the only ones with access to the working set and were COVID tested three times a week. In addition, there were hand sanitizers and wash basins everywhere. The cast were further segregated, as they had to be on-camera without masks, and every area they needed to be in were further sanitized with foggers. Social distancing became the new norm, and everyone, with the exception of the cast, wore face masks from the moment they entered the lot. This was long before it became a national mandate. About 100 people were employed to do nothing but wipe down handles and clean sinks and communal areas over and over again on a daily basis. Because of these protocols the production was able to continue, and the film wrapped production in early November 2020.

What happened to the film that opened the week before lockdown?