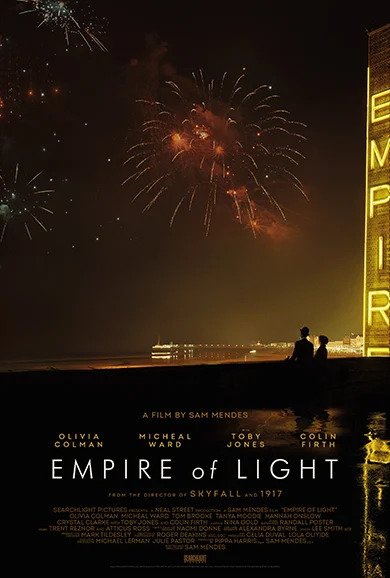 Landing in our inbox is the Empire of Light trailer the new film from Sam Mendes starring Olivia Colman and from the look of it this would seem to be an obvious awards contender that will first screen at the upcoming Toronto International Film Festival and the BFI London Film Festival.

Set in an English seaside town in the early 1980s, EMPIRE OF LIGHT is a powerful and poignant story about human connection and the magic of cinema from Academy Award® winning director Sam Mendes.

From the trailer it looks like it will take in themes of love, racism and a celebration of cinema itself which always goes down well with the Academy when it comes to Oscar nominations

No confirmed release date just yet

Here’s the Empire of Light trailer…..