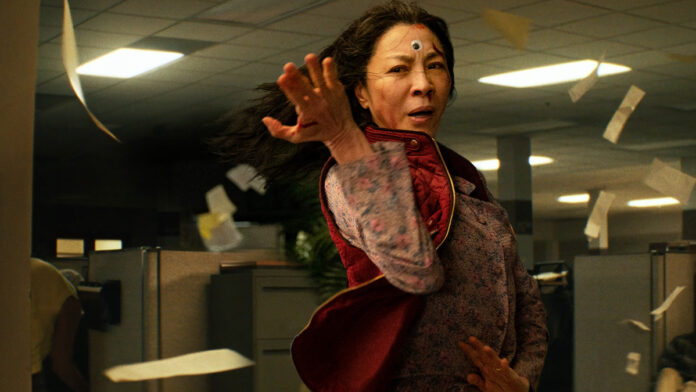 Landing in our inbox is this deliriously bonkers Everything Everywhere All At Once trailer. Directed by Daniel Kwan and Daniel Scheinert, collectively known as Daniels, Everything Everywhere All At Once is described as an hilarious and big-hearted sci-fi action adventure about an exhausted Chinese American woman (Michelle Yeoh) who can’t seem to finish her taxes…….and frankly with our own return landing on the doormat we know exactly how she must feel.

WRITTEN AND DIRECTED BY Daniel Kwan & Daniel Scheinert or The Daniels as they are collectively called and were behind the equally bizarre ‘Swiss Family Man’ that had Daniel Radcliffe inert and silent throughout as a dead man and Everything Everywhere All At Once trailer promises to be equally off the wall.

Here’s the Everything Everywhere All At Once trailer…..