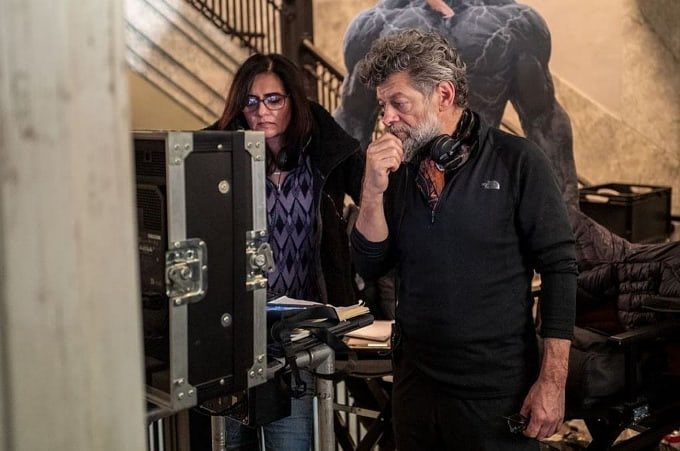 Having established a formidable reputation in motion capture performance firstly as a pinch faced pale skinned freak that scared children that for once wasn’t Michael Jackson but instead Gollum in Lord of the Rings. He’s also portrayed a giant hairy ape lumbering around trying to attract the opposite sex – not Gemma Collins on a hen night but instead King Kong – and whilst were talking apes he also played chimpanzee that started off as a scientific experiment that spent much of his time swinging around on a car tyre in a back garden before learning to talk (that latter part still proving an aspiration for Wayne Rooney) in the Planet of the Apes franchise. Serkis has already directed a few feature films most notably the live action version of The Jungle Book (see him introduce the premiere HERE) supplemented by CGI performances from famous actors including Benedict Cumberbatch. Well now news is about Andy Serkis to direct Animal Farm.

As every school child knows Animal Farm was a dystopian story written by George Orwell and published in 1945 that follows a group of farm animals who rebel against their human owner with the hope of creating a society where they can be equal. Basically it’s Priti Patel’s worst nightmare. There’s been a large number of radio, TV and films made of the book and Nicolas Stoller (Captain Underpants) has adapted the book for screen for what has been a long cherished project for Serkis and was intended for Netflix. The film will be an animated feature and has just started production