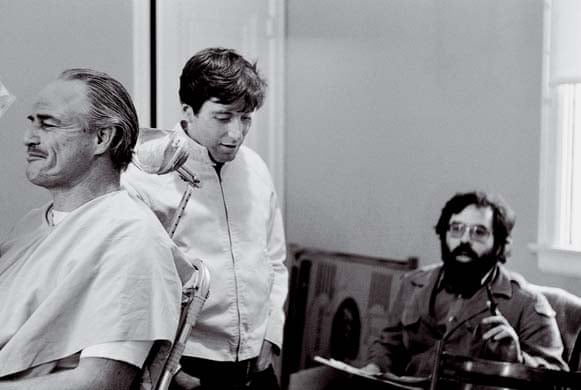 Whilst there’s little doubt that The Godfather is one of the finest films ever made it is well documented that director Francis Ford Coppola was constantly on the verge of being fired. But also hanging over the production were real life mafia families doing their utmost to prevent it ever being made.

Author Mario Puzo’s previous book, The Brotherhood, had not sold well and now, almost broke, he had taken a godfather type character from it and after having gleaned a load of research after spending hours gambling in mafia run casinos in Vegas talking to people in the know about how casinos were run by the various families .The  book was published in 1969 and was a huge hit and Paramount studios optioned it.

At the time a civil rights group called the Italian American League (IAL) were campaigning for better representation across all areas especially in the media where stereotypical images of Italians all being in the mafia were being challenged by the group. The irony was that the IAL was headed up by Joe Colombo, himself the head of one of five families in New York at the time. But once news that the Godfather was going to be a film which would bring unwanted attention on the mafia the IAL ramped up the pressure to see that the film was never made with producer Albert Ruddy targeted in his LA offices and one night found the windows to his car smashed in amongst many other attempts at intimidation. Robert Evans, the then head of Paramount Studios, and his partner Ali McGraw also found themselves being targeted. The intimidation attempts even went as far as making bomb threats to the offices of Gulf & Western the conglomerate that owned Paramount studios forcing the building to be evacuated on at least two occasions.

Pre-production of the film still went ahead with Coppola, who was broke, having been hired and wanting to film in Little Italy, a district in New York, for authenticity. Inevitably this was one of many mob controlled areas so whilst locations were agreed producer Ruddy soon found that the owners would change their mind having been leant on by the mob. Further problems occurred when unions, which had been infiltrated by the mob, stopped co-operating when it came to matters of transportation, catering etc. In the end Ruddy met up with Joe Columbo with a 155 page script to let him read it but after much bluffing about him not having his glasses Columbo came to an agreement with Ruddy part of which was the removal of the word ‘mafia’ from the script. That was easily done as the word was mentioned only once. Locations were soon agreed and paid for. Hardly surprising  when the mob’s protection racket meant they would take a sizeable cut from the fees paid by the production. In March 1971 Ruddy was invited to a further meeting with Columbo only to find he’d been tricked into appearing in a press conference which looked like he had apparently brokered a deal with the mob. When this hit the news the stock price of Gulf & Western plummeted overnight and Ruddy was immediately fired by the studio.

It was Coppola who got the producer back on board telling the Gulf & Western CEO  that Ruddy had all the contacts that was making the film possible and the production would  be scuppered without him and a further financial loss to the studio which like so many at the time was suffering financially due to the rise of television. Ruddy was reinstated into the production but it was Coppola who was now about to be fired. Paramount  disliked the rushes of scenes they had seen thinking they were too darkly lit  making it look like an art house film rather than the commercial hit they wanted. The studio also disliked Pacino regarding him as a short, unknown actor not up to the role and they strongly contested Brando’s involvement who all the studios regarded as unbankable due to his outspoken behaviour on previous films. 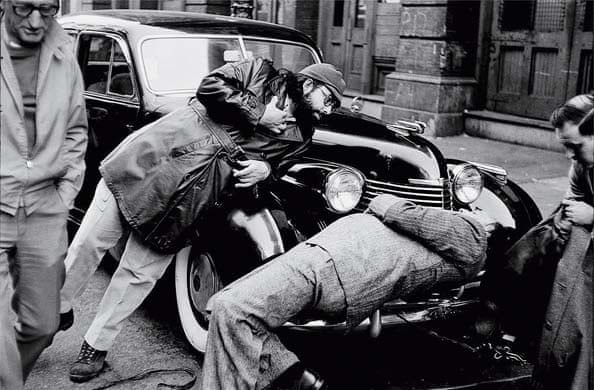 The real life mob were still on the scene though but now they were something of an attribute. The attempted assassination of Brando’s godfather on the street had been watched by real life hoods who were appalled at how unrealistic it was and showed the production how it would be done. By now the mob were enamoured with Hollywood and now put pressure on the production to cast some of their own real life hoods in the film notably Lenny Montana who played Luca Brazzi. Montana was a bear of a man who purportedly carried out hits for the mob but wanted to get out of the life. He was a bundle of nerves on set when he had to do a scene with Brando so that scene at the wedding as he waits outside the godfather’s office practising what he was going to say was a real life rehearsal that Coppola covertly filmed.

The production was also drawing the attention of the FBI and their own covert operations and it was James Caan who played the hot headed Sonny Corleone and not really known as an actor to the FBI, who they began to notice him in the company of several mob members. Filming continued with little interference from the mob until the last days of shooting when the production found themselves in the middle of a mafia war between the New York families when an assassination attempt was made on Joe Columbo who had infuriated the other families with his dealings with the film and was wallowing in the publicity he was generating for himself. Having been shot and hospitalized it effectively put an end to the Italian American League when, having been in a coma for some years, he eventually died . The assassination generated further publicity for the film with magazines running articles about whether art was imitating life.

With the film finished The Godfather had an all star premiere which riled the mob, irritated that they had not been invited and to keep the peace a mob only premiere was put on for them. The godather’s and their soldiers loved the film so much so that life now began imitating art as they started adopting the mannerisms, style and procedures they had seen in the film. The Godfather went on to huge success and critical acclaim earning $246m at the box office off its paltry $6m budget and earning 11 Oscar nominations and winning three Oscars : Best Film for Ruddy Best Actor for Brando and Best Screenplay for Coppola & Puzo. The mob now felt that the film had legitimized them. Coppola was appalled.