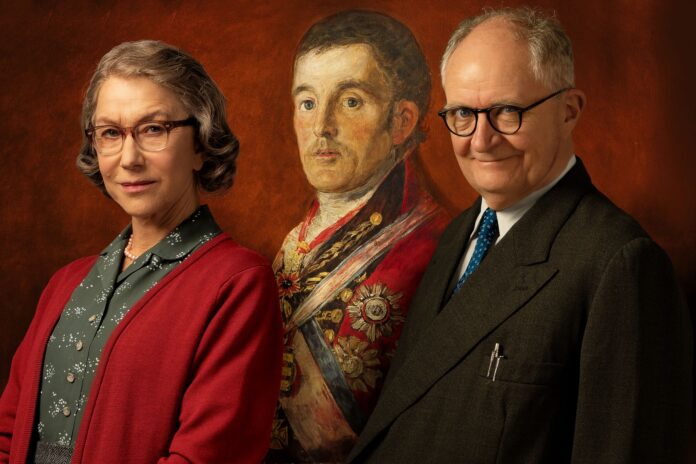 Who doesn’t like Ealing comedies? Those delightful and typically British films have remained beloved for decades and The Duke is one such film that this is a true story from 1961. Jim Broadbent plays the improbably named Kempton Bunton that sounds more like a foot infection at a horse race course than a person. A fighter for several social causes he lets war veterans travel for free in his taxi, defends an asian colleague form a racist supervisor and gets on his soapbox campaigning for free TV licences and lets be fair after another year of appalling Christmas TV perhaps the BBC should be paying audiences to watch Mrs Browns Boys special. And yet he was something of a lazy idealist and ultimately thief and according to police at the time apparently an international criminal mastermind when he steals a Goya portrait of The Duke of Wellington which the National Gallery had paid £140.000 for –  money he thinks could have been better spent primarily on TV licences! Though the case was long forgotten, in its day it was huge to such a degree that the painting put in an appearance in the first James Bond film with Sean Connery raising a wry smile at its presence in Dr No’s lair. 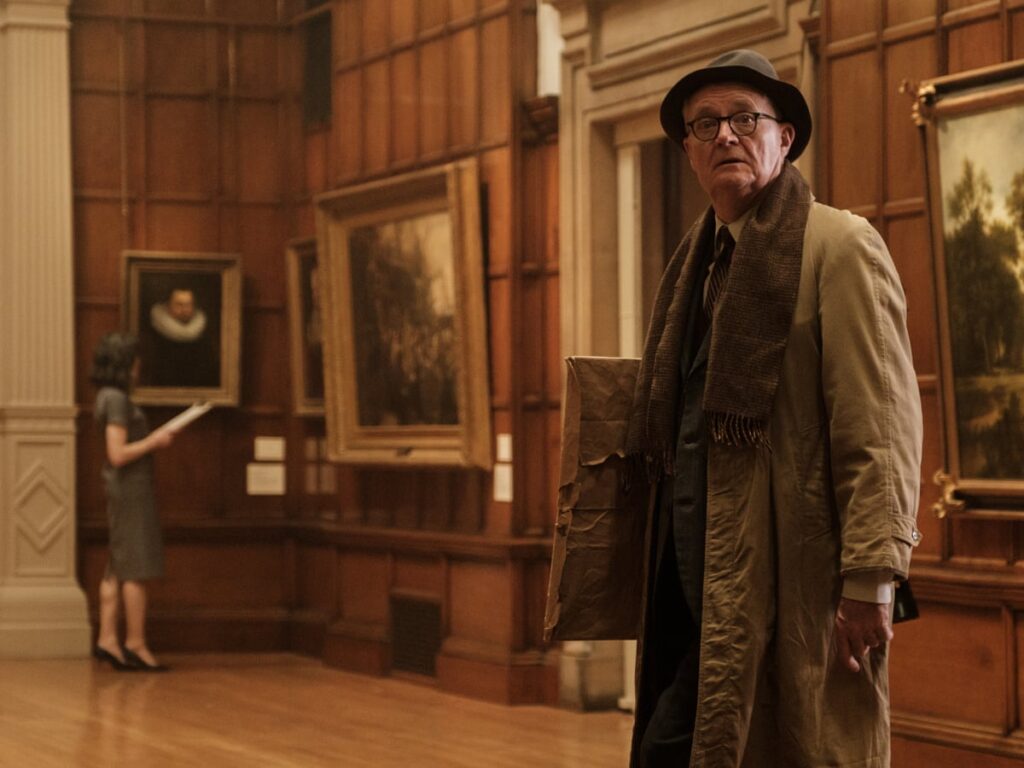 Bunton is the antithesis to his wife (Helen Mirren), a grafter who shops, cooks and feeds the family as well as holding down a job as a charlady in a well to do household. So its little surprise that she is appalled when she discovers what he’s been up to and worse still that he had embroiled one of their sons into his thieving. ‘Lying is second nature’, she tells him in a line echoed by every woman Boris Johnson has ever married. That the painting has been kept at the back of a wardrobe presumably in the belief that it would be guarded by a lion and a witch but is soon discovered and it’s spoiling nothing to know that he ends up in court. That Bunton plays to the gallery joking with the jury, spinning his own home spun socialist philosophies and antagonizes the judge should make him unsympathetic but as played by the always watchable Broadbent he is endearingly eccentric and hugely likeable in what is a quirky character comedy making The Duke an unashamed joy