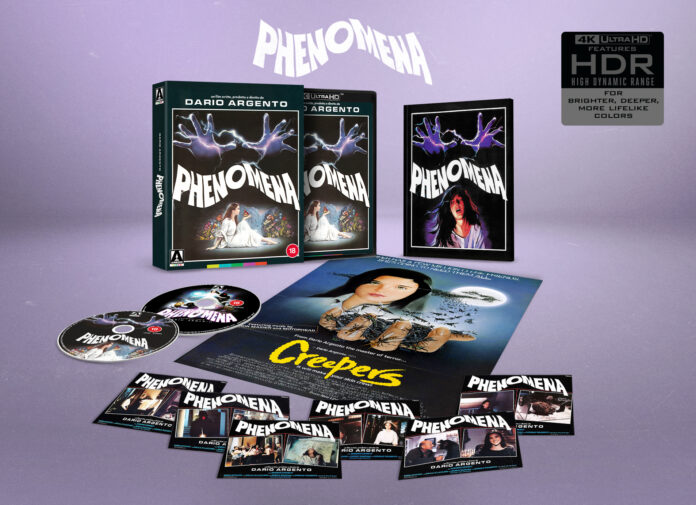 Director Dario Argento had secured his reputation as a master of horror and the genius of giallo with a series of grisly inventive films including Suspiria and 1985’s Phenomena was at the tail end of a run of well received films. In her first lead role he cast rising US star Jennifer Connelly a strikingly attractive teenager who had only appeared in a small role in Sergio Leone’s Once Upon a Time in America. It was quite an undertaking added to which she would be shooting in a foreign country with a director whose detractors would often accuse him of misogyny in his films. 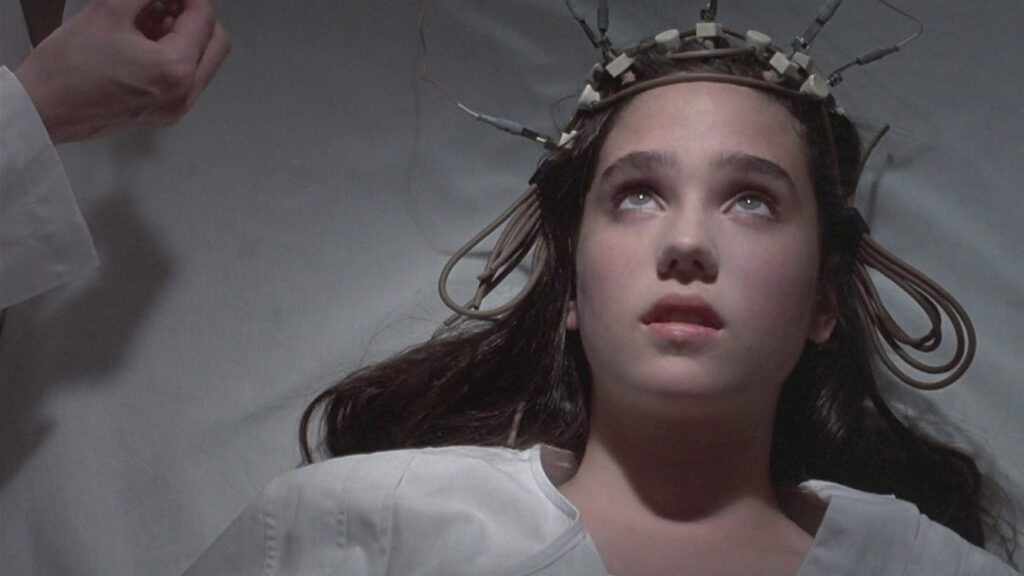 Phenomena told the tale of Jennifer Corvino (Jennifer Connelly), daughter of a world-renowned movie star, who arrives in the so-called “Swiss Transylvania” to attend an exclusive girls’ school. However, a vicious killer is targeting the pupils, and sleepwalker Jennifer finds herself in the assassin’s headlights when her nocturnal wanderings cause her to witness the death of a fellow pupil. Aided by paraplegic entomologist John McGregor (Donald Pleasence) and her own uncanny ability to communicate telepathically with insects, Jennifer sets out to track down the killer before she herself becomes the latest victim…

It’s a typically extreme scenario for an Argento story  and with all this going on its a wonder that parents were not rushing to take their daughters  out  of the school pretty sharpish but this is an Argento film where sanity is left  at the front door to the cinema.

For Connelly it was not an easy shoot with a director whose English was poor and some typically bizarre scenarios several of which included a razor wielding chimpanzee. Working with animals is notoriously tricky and so was the case here when Connelly had to be rushed to hospital after the chimpanzee bit off part of her finger.  The film is purportedly one of Argento’s favourite and there are the usual flourish of gorily creative set pieces with the film makers going to incredible lengths to use thousands of real life insects and which ended up blighting the nearby town where they had been shooting much of the film. 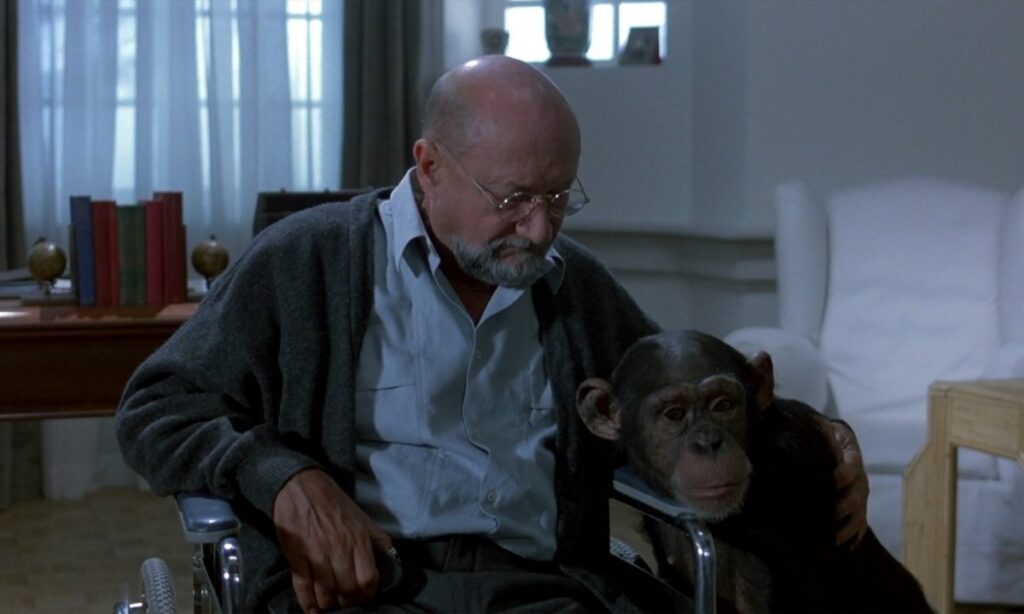 Donald Pleasance is as great as might be expected and by this point in his career when he was banging out films and in the year of Phenomena’s release he had four other films out also having been in eight films the previous year. Connelly was on the first steps of her career and her striking looks would see her cast in Labyrinth a perennial favourite still to this day.

Phenomana is now released on 4K blu-ray and was one of the last really great films of Argento’s golden decade of films and this re-release has all three versions of the film including the radically different “Creepers” cut released in the US. 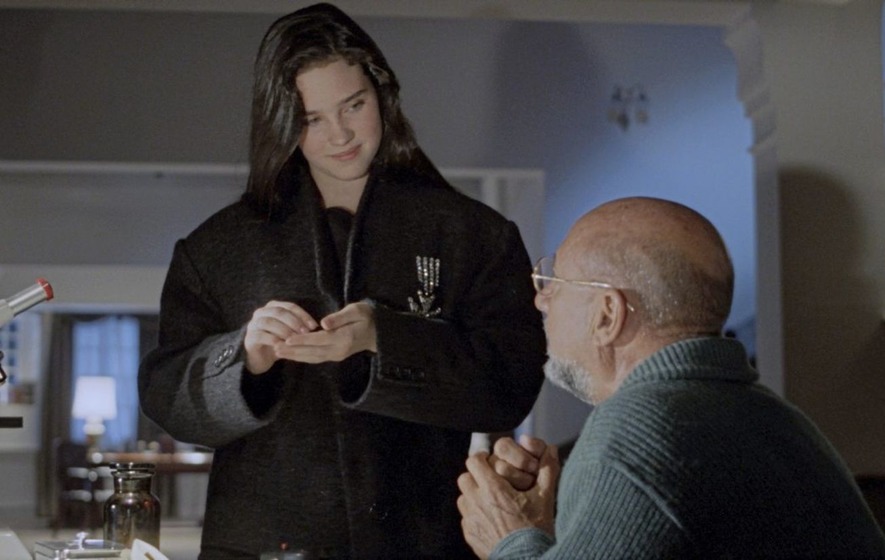 This 4K UHD blu-ray is a limited edition with an excellent array of bonus features that include:

★ The 116-minute Italian cut features approximately six minutes of footage for which English audio does not exist. In these instances, the hybrid track reverts to Italian audio with English subtitles.

Death on the Nile – REVIEW