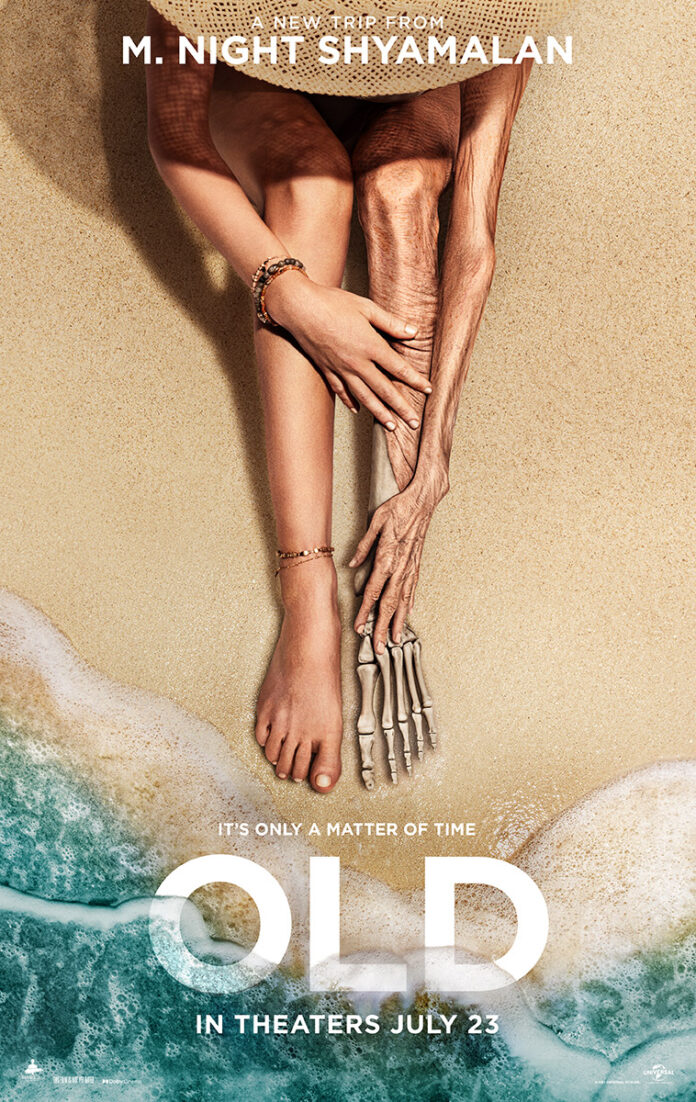 With the pandemic having prevailed for the past year or more the beach in ‘Old’ is the sort of place ideally suited for self isolating but with this being an M Night Shyamalan film you know something won’t be right about it. But it’s something that husband and wife, Gael Garcia Bernal and Vicky Krieps along with their young kids are unaware as they arrive at an exotic luxury hotel that’s surprisingly affordable yet are still greeted by the staff on parade and cocktails tailor made for them that’s a world away from a sachet of budget hotel instant coffee and packet of custard creams. Revelling in the luxury it’s the hotel manager who informs them of the secret beach on the other side of the island that’s only for the hotels ‘special guests’. It’s only when they’re taken there by the director in his expected cameo appearance in a minibus journey further enhanced by not stopping at every local shop selling overpriced tourist tat. But they find that they aren’t the only ‘special guests’ at the beach with a surgeon and his trophy wife, their daughter and his mother with the group rounded out by a superstar rapper, a nurse and his epileptic psychologist wife too. 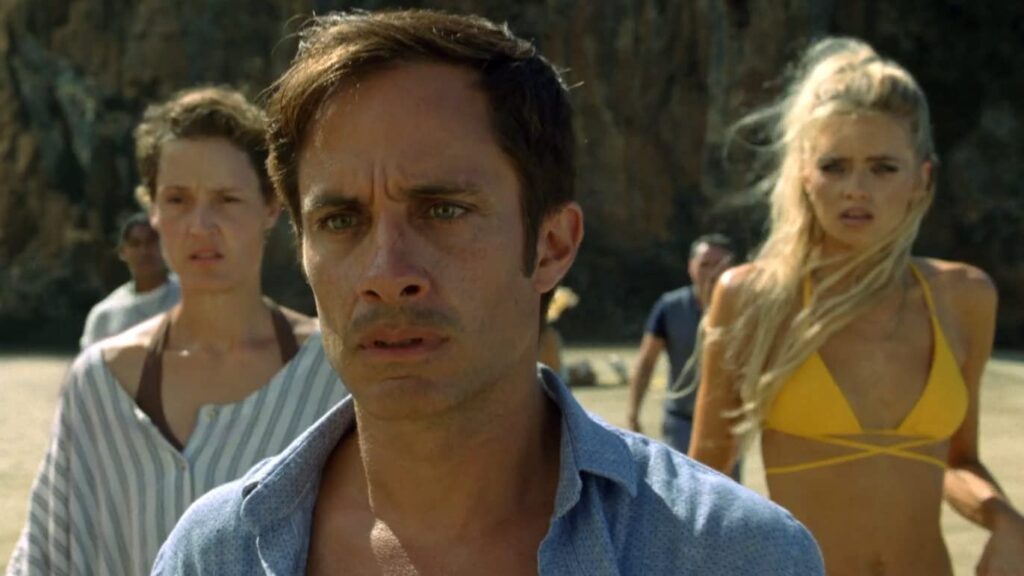 But like every Shyamalan film all is not as it seems and the beach has the inexplicable effect of everyone aging at an accelerated rate of two years for every hour.  Now we’ve been to sunny beaches and there’s a missed business opportunity here because whilst the beaches we’ve been on have had hawkers trying to sell us everything from dodgy drinks to oil paintings (yes, really!) none of the locals have cornered the market in selling anti-aging cream ….but we digress. So as they try to rationalize what is happening to them and whether it could be some sort of group psychosis they attempt to escape they end up, a bit like our Editor at a Greek beach bar, getting woozy and blackout on the beach (‘You’re fired!’  – Ed). So as they each age and suffer the afflictions of old age their determination to escape grows ever more desperate. 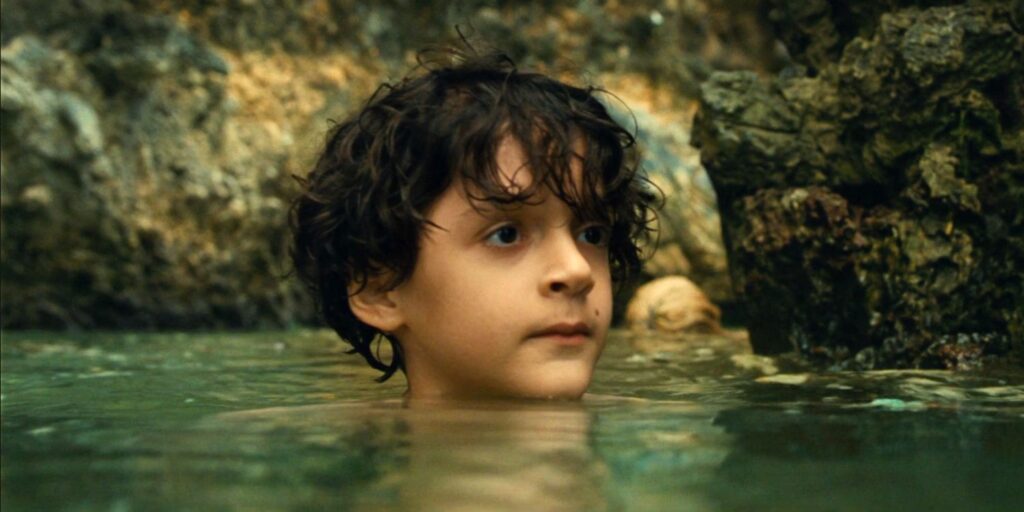 Adapted from the graphic novel, ‘Sandcastle’ audiences going into this will looking for the directors trademark twist in the tale which for Shyamalan must now be both a blessing and a curse dependent on how good a twist it is. The best of Shyamalan’s films have been deliberately paced with expertly framed shots but Old has a restless camera and far from being amongst his best films (The Sixth Sense, Unbreakable) neither is it his worst (The Happening) though it does share that films moments of daftness. Old plays like Fantasy Island meets The Twilight Zone via Tales of the Unexpected but with a not wholly satisfactory ending. Beyond its mystery thriller genre it perhaps also works better as a meditation on the brevity of life and as we’ve all endured the pandemic and maybe lost loved ones too it’s a timely reminder to seize the day.