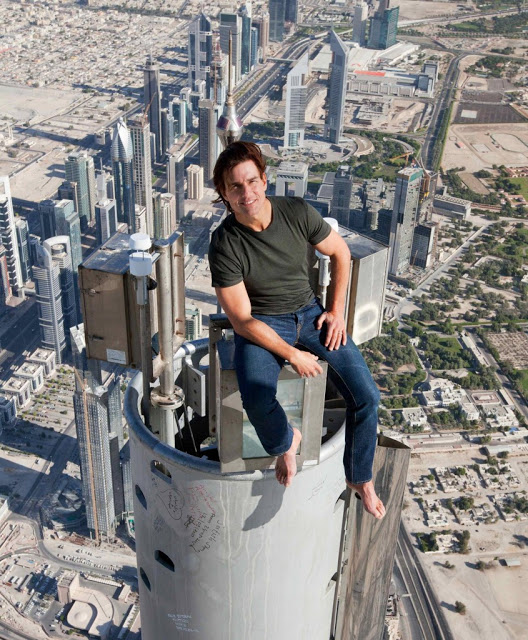 OK so it’s the most obvious titled film for our list but this is one of Hitchcock’s best films and was the start of a short run of hits that included North by Northwest and Psycho with the director at his peak creativity something that he struggled to maintain afterwards until his death in 1980. Made in 1958 it starred James Stewart as a former San Francisco police detective wrestling with his own personal demons after a workplace accident on a rooftop. He soon develops an obsession with a stunning blonde debutante that he has been hired to trail and at the same time discovers another similar looking working class woman. Whilst Vertigo is not a film solely about heights it’s the film that Hitchcock developed the dolly in / zoom out effect to replicate a feeling of vertigo for Stewart’s character. It’s an effect that was copied to achieve a different effect by Spielberg with Chief Brody sitting on the beach just as the shark attacks the swimmers in the sea. ‘Did you see that?’ says Brody shocked at what he thinks he’s seen. Vertigo is far far more than one camera effect shot but the effect has been copied no end of times to far lesser effect but Vertigo remains a monumental piece of work from a director was already had so many masterpieces in his back catalogue. 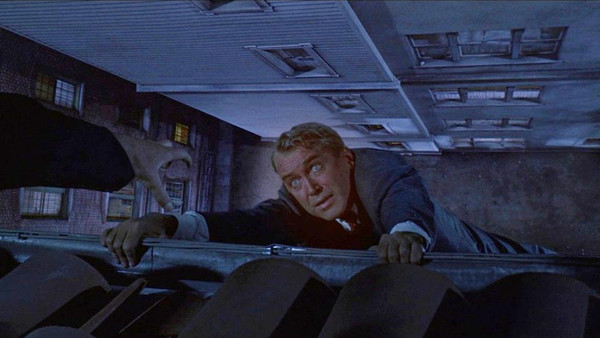 Since Avatar in 2009 Hollywood went 3D crazy and there was rarely a major film released that could not be seen in 3D also with negligible benefit. Perhaps the one film that took full advantage of the immersive process was Robert Zemeckis ‘The Walk’. Based on a 1974 true story which saw a high wire artist Philippe Petit accompanied by a team of helpers put a cable between the roofs of the World Trade Centre towers and walk across it. The film was a dramatization of the 2008 documentary ‘Man on Wire’ but with a far bigger budget and 3D which put audiences right up there with Petit who would be played by Joseph Gordon-Levitt. Unfortunately audiences really didn’t want to be up there so convincing and effective was the 3D and there were reports of some people unable to stomach their hot dogs, nachos and popcorn. Whilst the documentary is better and The Walk is overlong there’s np doubting that it was one of the very few films that was ideally suited to 3D.

Here’s the trailer for The Walk….

Released in 1993 it came at a time when Stallone needed a hit and Cliffhanger delivered care of director Renny Harlin who had proved his action chops with Die Hard 2. Opening with a sequence that had audiences reeling as Stallone, a mountain rescue climber, suspended from a wire between two mountain tops trying to rescue his colleague whose harness has broken. It was a brilliant constructed sequence and was one of several vertigo inducing scenes in the film that also included a mid air hijack where a rope is strung between two planes in flight as a man pulls himself along it – a stunt that would be copied for Chris Nolan’s The Dark Knight Rises. Cliffhanger had a whole series of scenes with Stallone clutching bare rock face with sheer drops of thousands of feet made all the more authentic by Harlin having dragged his crew up a real Italian mountain range to shoot the film. It was a huge hit despite having been released in the shadow of that summers all conquering Jurassic Park and though a sequel was never made a remake is in the offing. 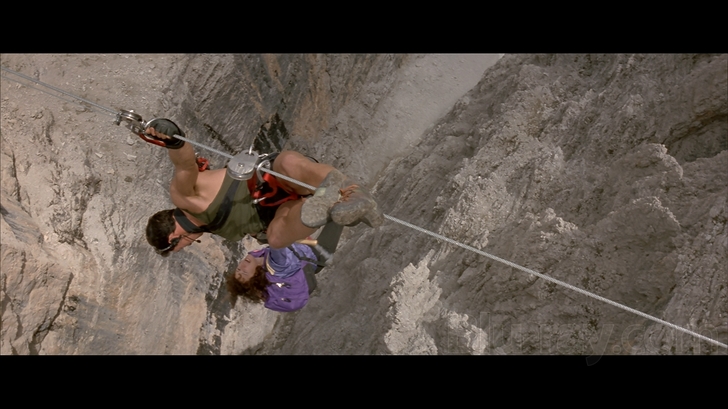 Coming out of that early 70’s era were disaster movies that included The Poseidon Adventure and Earthquake but The Towering Inferno was probably the biggest due to its all-star cast headed up by Paul Newman and Steve McQueen as an architect and fireman respectively who find the opening party of a newly built tower block goes awry when a fire breaks out trapping everyone. After 9/11 this is a film that probably is unlikely to ever be remade but back in 1974 it was a huge success with audiences wondering just who out of the all star cast would survive. A huge production that employed an immense number of real life fireman in case the fire effects did get out of hand this fuelled most people’s fear of being trapped at the top of a huge tower unable to get down and the desperate measures that the increasingly panicky party goers resorted to nearly always with catastrophically tragic results.

Mission Impossible Ghost Protocol or Mission Impossible 4 as it actually is had an animation director Brad Bird helm his first live action film. With the third film performing not as well as expected possibly due to The Cruisemeister’s sofa jumping antics on The Oprah Show the star really upped the ante with this one and it is his clinging to the outside of the Burj Khlaifa using only sticky gloves that really had audiences clutching their armrests and introduced a new Tom Cruise to cinema audiences who was now doing his own insanely dangerous stunts that had the studio and insurance underwriters breaking out into a sweat. It set a template for future MI films with the star continuing his penchant for defying death. 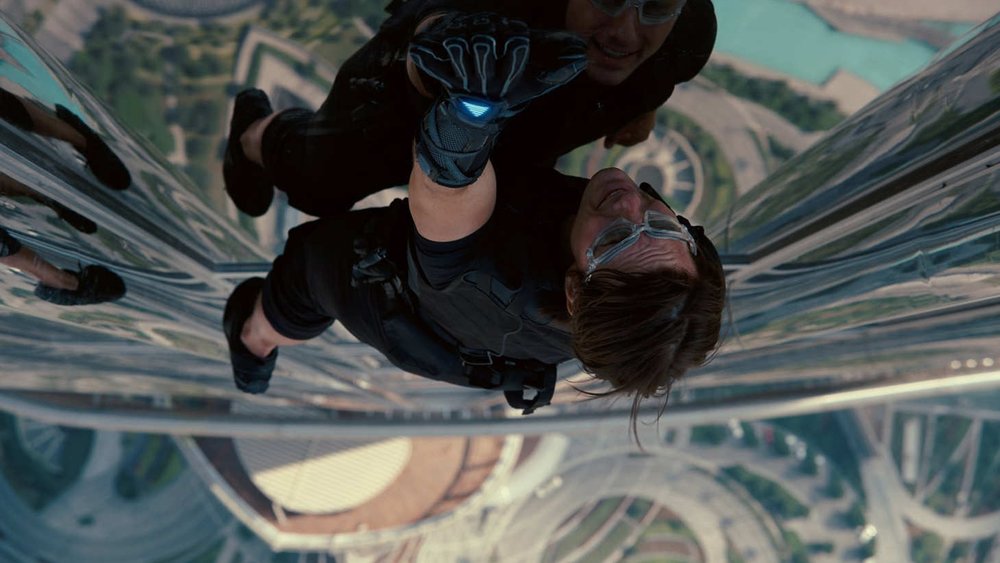