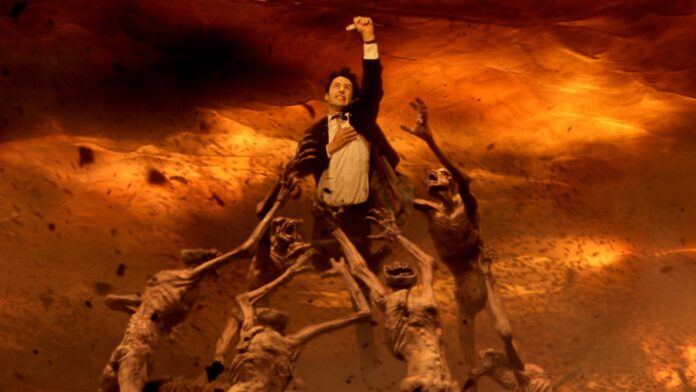 2005’s Keanu Reeves starrer ‘Constantine’ saw him star as supernatural exorcist and demonologist John Constantine who helps a policewoman prove her sister’s death was not a suicide, but something more. The film had an interesting cast list that included Rachel Weisz, Djimon Hounsou, Shia LeBeouf, Tilda Swinton, Peter Stormare and Gavin Rossdale of rock band ‘Bush’. The $100m movie did decent business earning $230m at the world wide box office.  Seventeen years later it seems the character is getting resurrected with news of a Constantine sequel now being greenlit.

Re-teaming will be Keanu Reeves and director Francis Lawrence who made his feature film debut with the film  and is  currently extremely busy now working on the Hunger Games prequel (news HERE) and the recently announced BioShock film adaptation (news HERE). On scripting duties will be Akiva Goldsman and will also produce alongside JJ Abrams.

When Keanu Reeves was blacklisted