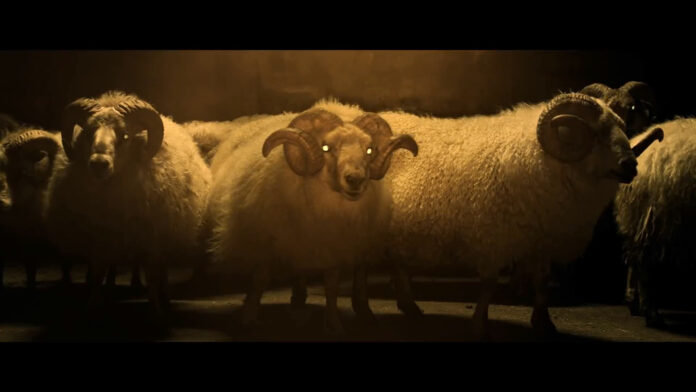 Lamb is set on a bleak Icelandic sheep farm where right from the ominous start that all is not right at night as livestock grows ever more nervous as something breathing heavily casts an eye over them like Prince Andrew scrolling through the Cbeebies TV guide. An almost wordless first ten minutes sees the farmers Maria (Noomi Rapace) and Ingmar (Hilmir Snaer Gvonnson)going about their farming business yet below the surface there has been tragedy which has put a strain on their relationship, little is said but they’re telling us everything.

Lamb is director Valdimar Johannsson’s  debut feature and it’s a film best gone into cold without knowing much. The couple’s days are un expectedly brightened when they get an opportunity for domestic happiness with what they find in their barn revealed in full towards the end of the first of three chapters. A delicately sombre and sinister tone is occasional broken by unexpected light humour and the couple’s attitude to parenting is perhaps not explored as fully as might be expected although much is left unsaid which frequently benefits the film. When Maria’s brother-in-law Petur (Bjorn Hlynor Haraldsson)  arrives at their farmstead and there’s an already suggested unsaid history between the pair it adds to the tension especially when he finds what it is that has bought his brother and sister in law a new found happiness in one of the films offbeat amusing moments that offsets his shock in a WTF moment. 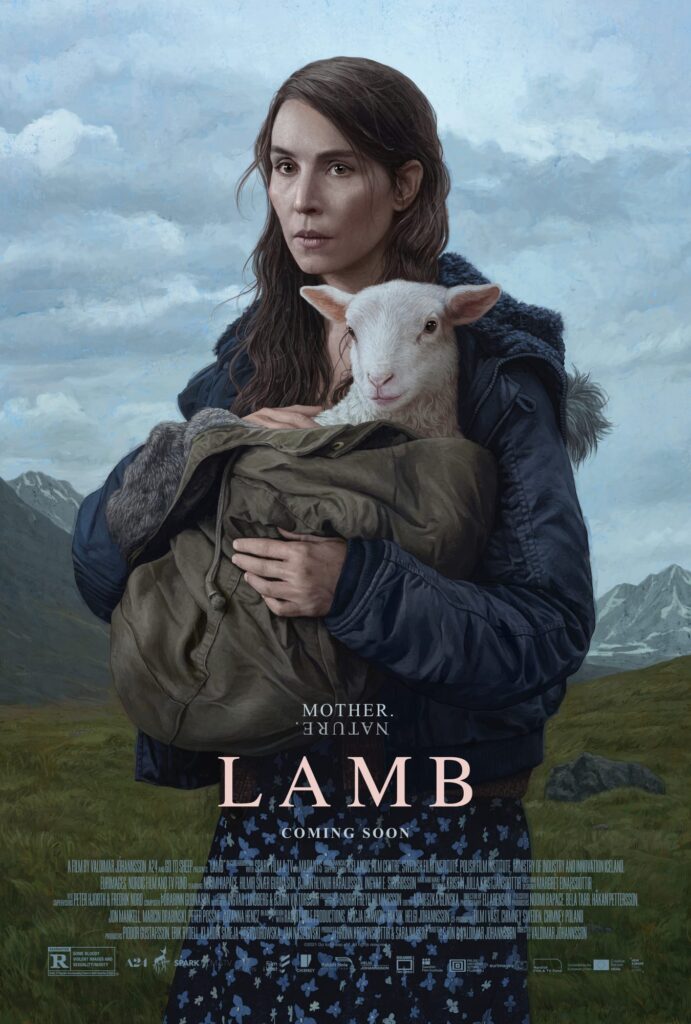 Lamb being a film about sheep farmers is sure to appeal to that niche market of sheep herders who will be sure to want to see the film regardless of whether they’re dressing up their livestock as French maids or practicing counting up to twelve on their feet or having romantic candlelit dinners with a ewe. It is an impressive debut leaving audiences never quite sure as to how this will finish although its climax is not as assured as what has come previously and will divide opinion.