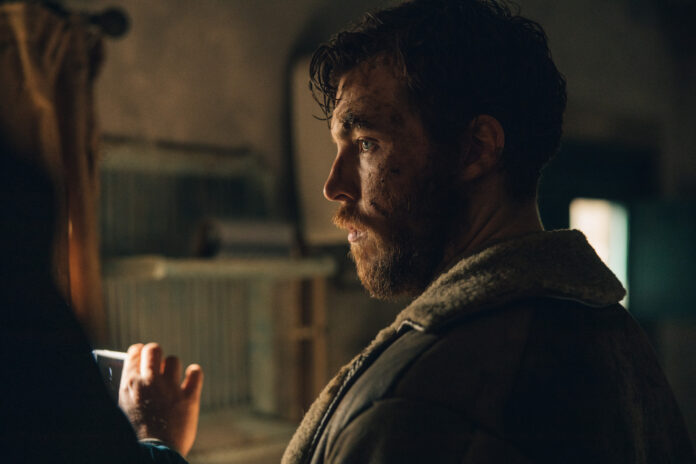 Grief can take a terrible toll. For some it results in a disconnect from reality staring out wide eyed, slack jawed and muttering nonsense to themselves meaning that for some the only place where they don’t feel out of place is the House of Lords. Eric (Tom Hughes) himself is struggling with the death of his wife in what initially appears mysterious but becomes ever more sinister. Haunted by her death and dismissed by his cold hearted mother (an underused Great Scacchi) he takes a job as a shepherd on a remote Scottish island figuring the solitude will  give him time to come to terms with his wife’s death which seems to go against the commonly held  belief that misery loves company  – which goes some way to explain why so many fading TV stars were so keen to be locked in the Celebrity Big Brother house. 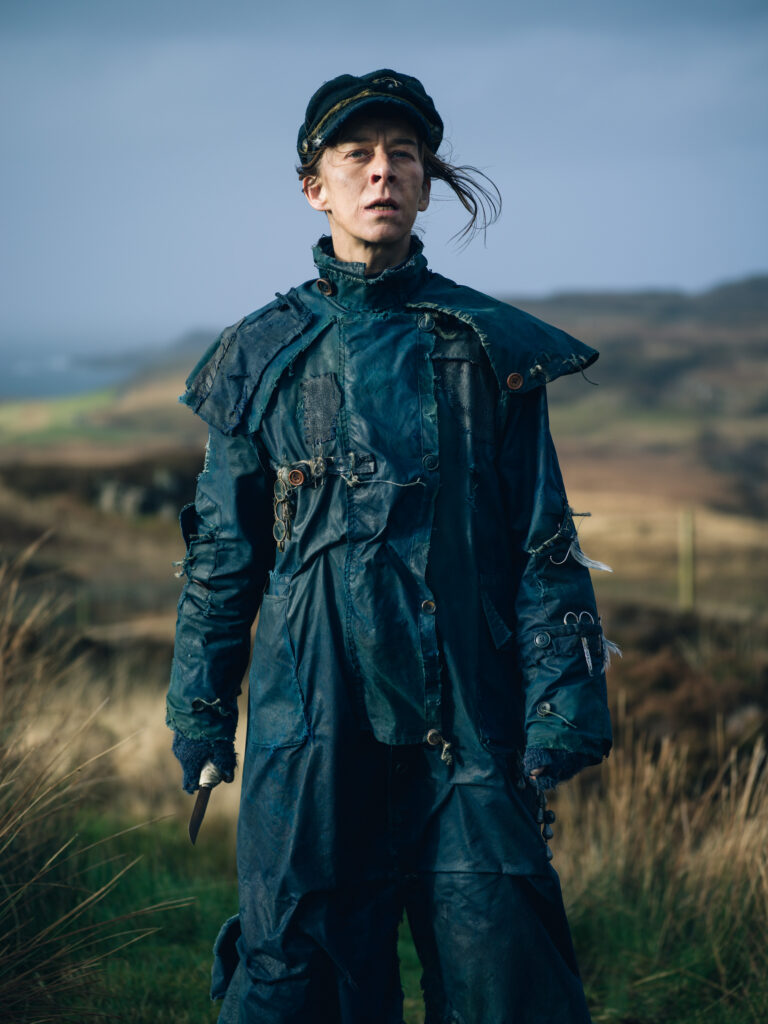 Taken across the waters by a skeletal ferryman, a thread bare costumed Kate Dickie, in a ropey boat to a barren island the analogy with River Styx is clear as Eric soon finds that the lighthouse and borderline derelict house (a great bit of production design)  he is to live in offer little if any comfort in his moment of need.  If anything it only exacerbates his deteriorating state of mind as he struggles to cope with his all consuming grief. It’s not long before he becomes aware of a presence that makes him ever more uneasy in the sort of manner of shared by Labour spin doctors watching a live TV  interview with  Dianne Abbott . But is there something supernatural going on or is it just his fragile mind disintegrating.

Writer- director Russell Owen makes excellent use of the most windswept of landscapes that is as oppressive as it is impressive in its bleakness. The sound design heightens the tension further with moments that make the skin crawl and Kate Dickie’s character Fisher only ramps up the tension further.  Shepherd is a little too long and audiences will find themselves able to anticipate where this is going but there’s no doubting that Owen knows how to capture an austere intensity on screen.

When Covid Attacks – What happened on the Jurassic World Dominion...