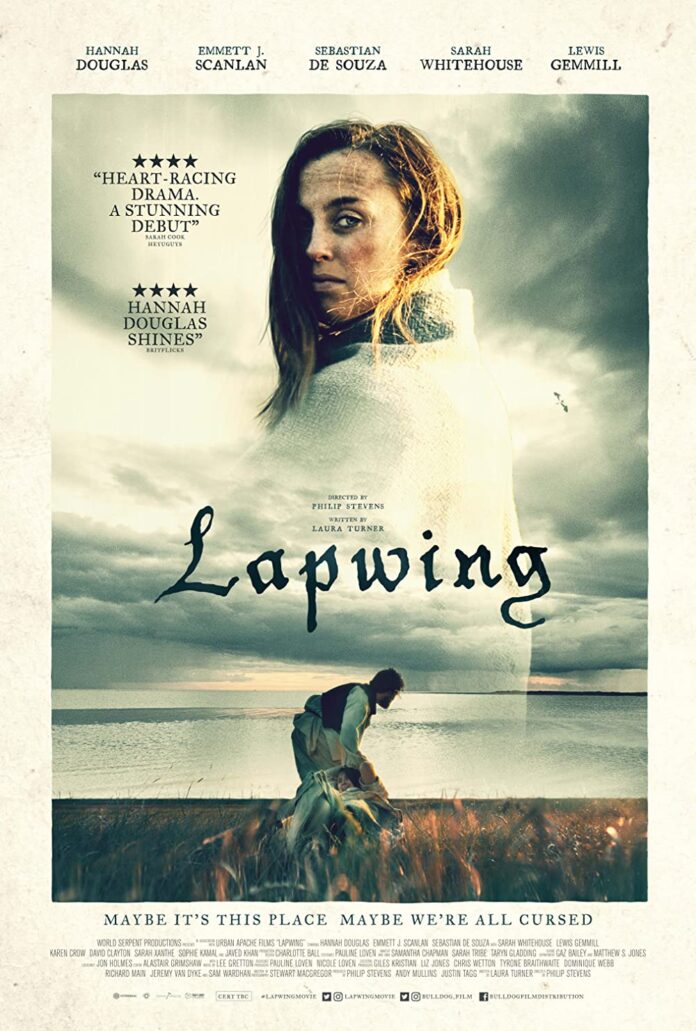 Lapwing begins with a title card stating the 1554 Egyptian Act making it illegal for gypsies and travellers to live in England and had to leave within the month. It’s the sort of policy that would have UKIP eagerly supporting it until but soon withdrawing from once its pointed out that that there would be no one to tarmac their drive if this happened.   It’s against this background that Lapwing is set. Written by Laura Turner and directed by Philip Stevens in their feature film debut the film centres on a small group of salt farmers on the Lincolnshire coast led by hot head misogynist David (Emmet J Scanlan)  who is never averse to berating the women especially his sister in law Patience  (an excellent Hannah Douglas)  who suffers from a condition where speech is difficult and whose lilting birdlike sounds earns her the nickname Lapwing. 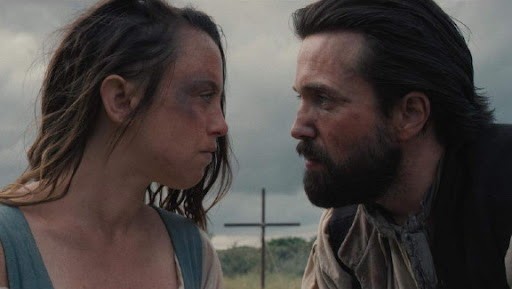 Like an early day people smuggler David has set up a deal with Romani traveller Arif (Javed Araf) to get a boat for him and his family so that they might leave the UK – a sort of Nirvana that Priti Patel that must dream herself to sleep with. With David only able to get half the money he wants as his s intention is to fleece the travellers of their cash something that he also intends to do to his fellow salt farmers. But complications set in when Patience falls in love with Rumi (Sebastian DeSouza) one of the Romani group and the trigger hair tempered David discovers their romance. Distrustful of non-Nationals, dismissive of women and peppered with ragingly thoughtless outbursts of hatred it’s enough to make David a suitable 2024 running mate for Donald Trump yet this xenophobic aspect to the film is perhaps not as prominent as might be expected instead exploring domestic violence and misogyny more.

Lapwing is low budget but is perfectly captured with its stark landscapes that leave a blank canvas for the era leaving only the costume to set the period. With committed performances and a natural landscape beautifully photographed this bodes well for what both writer and director’s next feature.

We spoke to director Phillip Stevens and lead actor Emmet J Scanlan about the making of the film…..