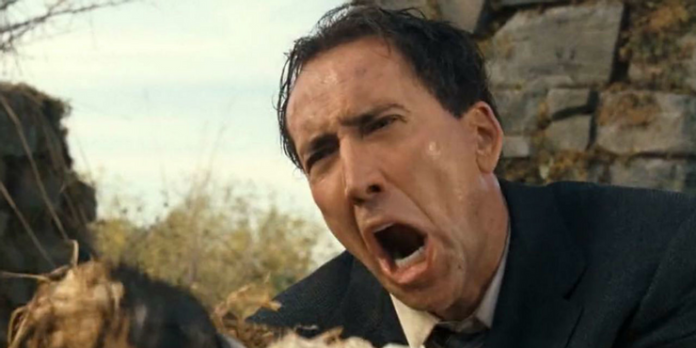 We love a pub quiz although our Editor hates them as we’re usually looking right at him when we ask, ‘Whose round is it?…….but we digress.

With over 100 acting credits to his name and counting, it’s little wonder that the legend that is NICOLAS CAGE, during his long, illustrious and Oscar-winning career, has appeared in every single genre. Well, all except one – surprisingly, no western has appeared on his CV – UNTIL NOW! On 13th January, Altitude releases THE OLD WAY starring Cage as an outlaw-turned-family man, forced back into his sharpshooting ways in the name of vengeance. It was about time Cage slung on a stetson and a sidearm, and he’s so good in THE OLD WAY one wonders why he didn’t saddle up sooner.

read our review of The Old Way here

Given the magnificent actor’s genre-filling credits, can you name a Cage film in each of the genre’s listed? Check the answers below to see if we’re all on the same Cage.

Fantasy – Season of the Witch, The Sorcerer’s Apprentice

Romance – It Could Happen to You, Captain Corelli’s Mandolin, City of Angels

Sci-fi – Next, Color Out of Space, The Humanity Bureau, Left Behind, Knowing

6-10: Time to put the bunny back in the box, and concentrate on your Cage.

0-5: Not the bees! You need more Cage in your life. Start with The Old Way!