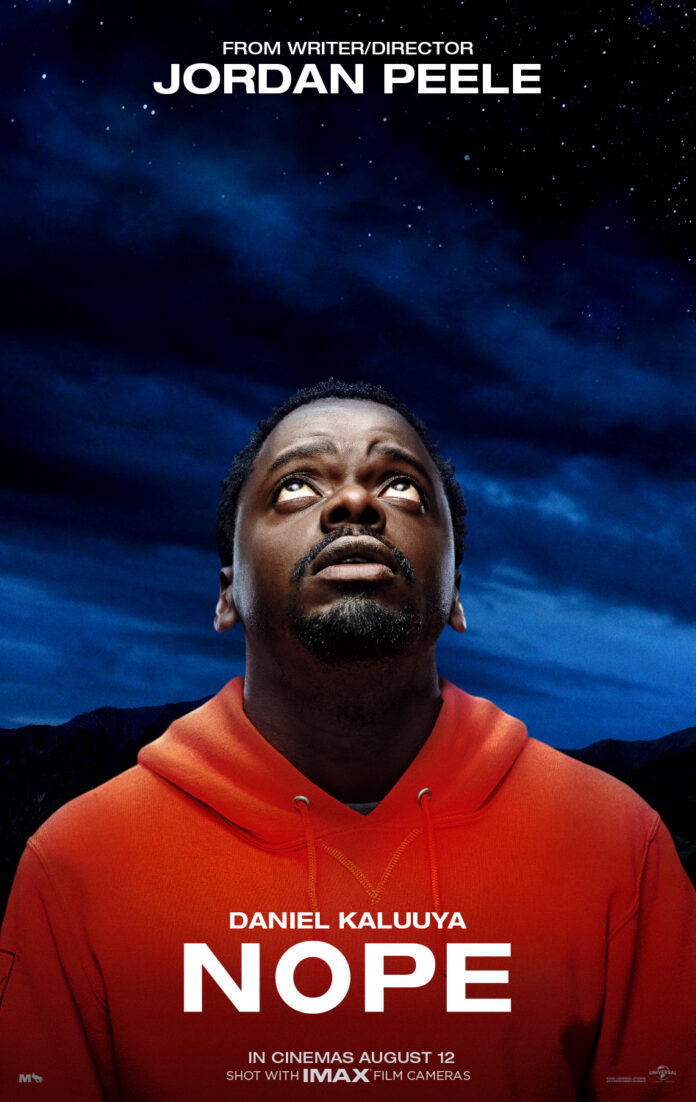 Since Oscar® winner Jordan Peele’s hugely acclaimed horror Get Out was released he has disrupted and redefined modern horror which he followed up with Us (reviewed HERE) . Now, he reimagines the summer movie with a new pop nightmare: the expansive horror epic, Nope. There’s been much anticipation for his subsequent films since Get Out and now we have the release of the ‘Nope’ trailer. Surrounded by secrecy little is known about the film with the teaser only hinting at something possibly UFO like and this new full trailer certainly suggests something more along the Close Encounters of the Third Kind’

As one character says …..“What’s a bad miracle?”

The film reunites Peele with Oscar® winner Daniel Kaluuya (Get Out, Judas and the Black Messiah), who is joined by Keke Palmer (Hustlers – read our feature on lapdancers HERE, , Alice – reviewed HERE) and Oscar® nominee Steven Yeun (Minari) as residents in a lonely gulch of inland California who bear witness to an uncanny and chilling discovery.

Nope, which co-stars Michael Wincott (Hitchcock) and Brandon Perea is written and directed by Jordan Peele and is produced by Ian Cooper (Us, Candyman) and Jordan Peele.  The film will be released by Universal Pictures worldwide.

We are loving the look of this new Nope trailer so look forward to seeing it and whatever chills Jordan Peele has in wait for us.