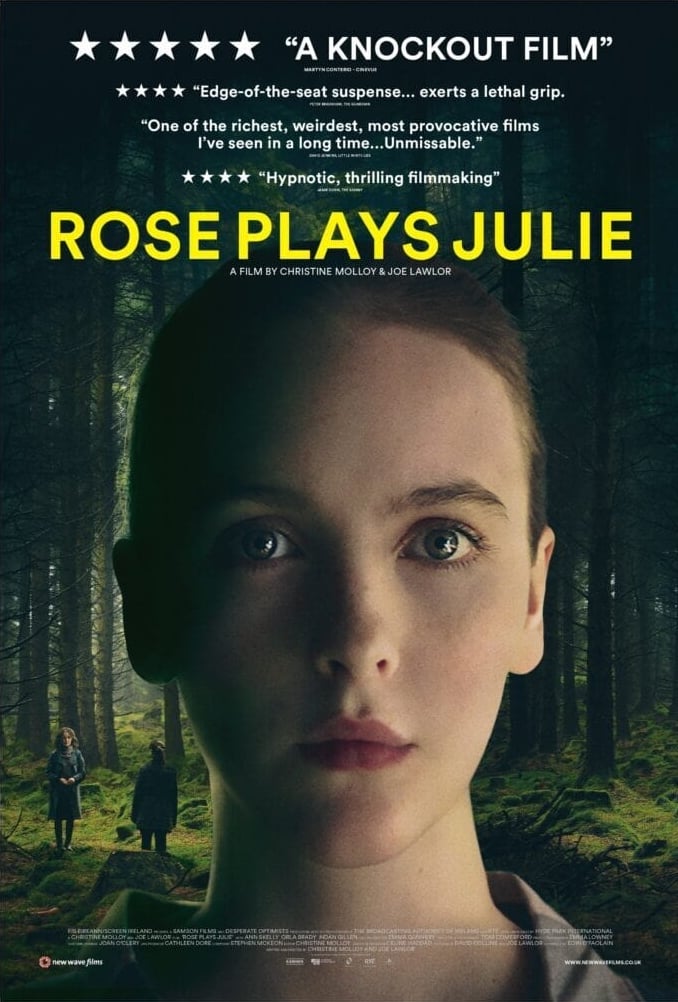 As the title suggest Rose plays Julie sets out as being something that it’s not. Rose (Ann Skelly) is a veterinary student and a pretty serious minded one at that not surprisingly when her current chapter of study is the euthanasia of healthy animals and viewers should be warned that there is a scene in this which clinically records the dissection and autopsy of a large animal in unflinching detail (if you’ve seen Raw you will know what to expect) . But it’s one of several  metaphors within the film as Rose examines her own life.  Her reason for an appraisal of her own life is the recent discovery of the identity of her birth mother Ellen (Orla Brady) a successful actress in her own right whom Rose visits at her home under the guise of being a potential buyer of the house Ellen is selling.

It’s an awkward confrontation when Rose reveals who she is but Ellen having moved on with her own family is in no hurry to rake up the past, an irony in itself as Rose’s father is Peter (Aiden Gillen) a celebrated archaeologist. Donning a wig she assumes the identity of an actress ‘Julie’ (ironically it’s something of a Louise Brooks look) pretending that she is researching a role and gains a placement on the dig he is heading up.  It has all the makings of a catastrophic and traumatic face off with him unaware of who she is.

Rose Plays Julie is laden with layers of metaphor – Rose is someone she is not – she is Julie, Ellen acts as another person epitomised by her career as an actress distancing herself from a terrible secret and the archaeological dig serves to underline the past both her and Peter have tried to bury. There are several tremendously powerful scenes with Julie identifying herself to each parent individually and it’s a sombre if sometimes ponderous reflection on memories that can never be erased.