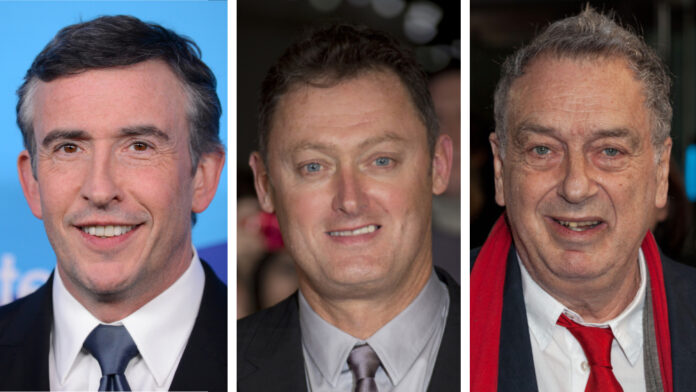 So whilst Steve Coogan’s monstrous comic creation Alan Partridge has returned to BBC screens with a second series of This Time  the actor / comedian is currently shooting his new film. There’s little doubt that when it comes to comedy Steve Coogan is The King and has been frankly for years but The Lost King is the title of the film he currently started shooting a couple of weeks ago on 23rd April 2021.

The film, The Lost King, is from his own production company and explores the events of 2012 when historian Philippa Langley helped uncover the remains of Richard III beneath a Leicester car park. Coogan plays Langley’s husband with Sally Hawkins on board as the historian whose unlikely discovery was the culmination of years of painstaking research. 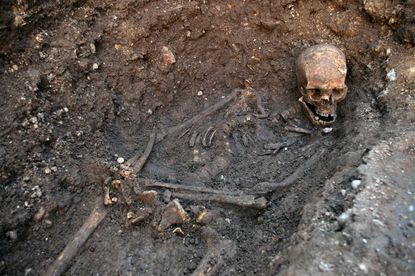 The story was of international interest was Richard III, known as a bit of a bad guy with a  curved spin, was killed in battle in 1485 and all manner of specialists became involved including osteo-archaeologists, historians and DNA experts to verify that the skeleton was him. The skeleton was eventually found underneath a ‘reserved space’ in the Leciater car aprk and had suffered 10 injuries, including eight to the skull, at around the time of death. Two of the skull wounds were potentially fatal. One was a “slice” removing a flap of bone, the other was caused by bladed weapon which went through and hit the opposite side of the skull – a depth of more than 10cm (4ins).

Stephen Frears directs (see his audience Q&A HERE)  from a screenplay by Coogan and his regular co-writer Jeff Pope.  The trio previously worked together on another based-on-real-events feature, Philomena, in 2013 which earned four Oscar nominations including two for Coogan as writer and producer. It has been reported that the excavation scenes would be recreated at Newtongrange, at the National Mining Museum’s Lady Victoria Colliery.