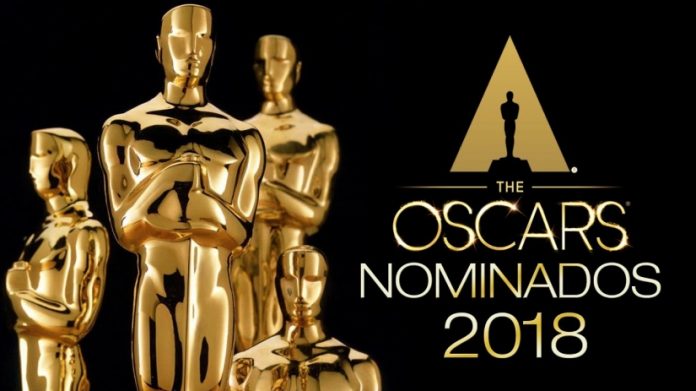 So this Oscar nominations threw up a few surprises (not literally, that would make a mess) quite a few expected nominations and a fair few snubs and it’s the snubs we thought we’d have a look at staring with Wonder Woman which was always a long shot despite its huge box office success and was on a fair few Top Ten lists too but where it probably really fell short was in the acting and directing categories which would not really put it in contention for a Best Film.

Next up would have to be James Franco who attracted much kudos for both directing and acting in The Disaster Artist however his chances were obliterated by the recent accusations of sexually inappropriate behavior which started on January 11th the day before the Oscar nominations voting closed. In fairness a film about a terrible film is not something the Academy want to reward and his snub eradicates any awkwardness of which there’s been quite enough after last year’ s balls up.

Director Martin McDonagh seemed a sure thing as Best Director after earning Directors Guild and Golden Globe nominations for “Three Billboards Outside Ebbing, Missouri,” but it looks like he was edged out by Paul Thomas Anderson, whose “Phantom Thread” which has an unexpected six nominations.

Jessica Chastain who has had a run of tough female roles was missed out for best actress, for her lead performance in Aaron Sorkin’s “Molly’s Game as a former ski champion who runs a high-stakes poker game. She is an outspoken actress and has grown increasingly more so over the past few years and may be this put off academy voters.

Armie Hammer has made far more left field films recently a conflicted slave owner in the 2016 “The Birth of a Nation,” but this year saw him play a star graduate student who falls for a teenage boy in “Call Me by Your Name,” a gay coming-of-age story set in Italy. It had already earned him a Golden Globe but h missed out on a SAG Award so an Oscar nomination was going to prove hard.

The Big Sick” and Holly Hunter:  The true love story of comedian Kumail Nanjiani and his wife, Emily V. Gordon,  which also had some very funny insights into racism endured by Muslim was a popular comedy but it’s a genre that academy members regard as  lightweight so a best picture nomination was always going to be a long shot. Holly Hunter , who is great in it, was expected to get a supporting actress nomination, but was also left out leaving the film with one nomination, for best original screenplay.

Steven Spielberg , for once was overlooked for younger, newer upcoming directors and thought The Post is nominated for Best Film he’s missed out for a best Director nomination which is what happened with War Horse & Bridge of Spies. Which brings us to Tom Hanks who like Spielberg also has two Oscars but Hanks has surprisingly not been nominated for an Oscar since ‘Castaway’ in 2001.

Then there’s director Ridley Scott who reshot a significant portion of ‘All the Money in the World’ editing out all of Kevin Spacey’s scenes and reshooting them with Christopher Plummer all in nine days and only weeks before the film was released.

So here’s the full list of 2018 Oscar nominations. We’ll give our predictions nearer the ceremony which we got scarily close to being almost 100% right last year. If there’s one thing that will happen is jokes about Harvey Weinstein…..

“Call Me by Your Name”
“Darkest Hour”
“Dunkirk”
“Get Out”
“Lady Bird”
“Phantom Thread”
“The Post”
“The Shape of Water”
“Three Billboards Outside Ebbing, Missouri”

“Mighty River” from “Mudbound,” Mary J. Blige
“Mystery of Love” from “Call Me by Your Name,” Sufjan Stevens
“Remember Me” from “Coco,” Kristen Anderson-Lopez, Robert Lopez
“Stand Up for Something” from “Marshall,” Diane Warren, Common
“This Is Me” from “The Greatest Showman,” Benj Pasek, Justin Paul