In a recent survey leading TV channel programme commissioners were asked, ‘Why do you keep making programmes featuring Gemma Collins?’ who replied , ‘The Devil made me do it’ which just so happens to be the secondary title of The Conjuring 3 and the latest in the horror franchise. Once again it’s based on a true life story of Ed & Lorraine Warren (Patrick Wilson & Vera Farmiga), husband and wife psychic investigators and battler of demons. ‘Based on a true story’ gives film makers a licence to be creative with the facts so this could have as tenuous a link to reality as the word ‘actress’ on Amanda Holden’s passport but the Warren’s have an extensive back catalogue of work for film makers to call on. 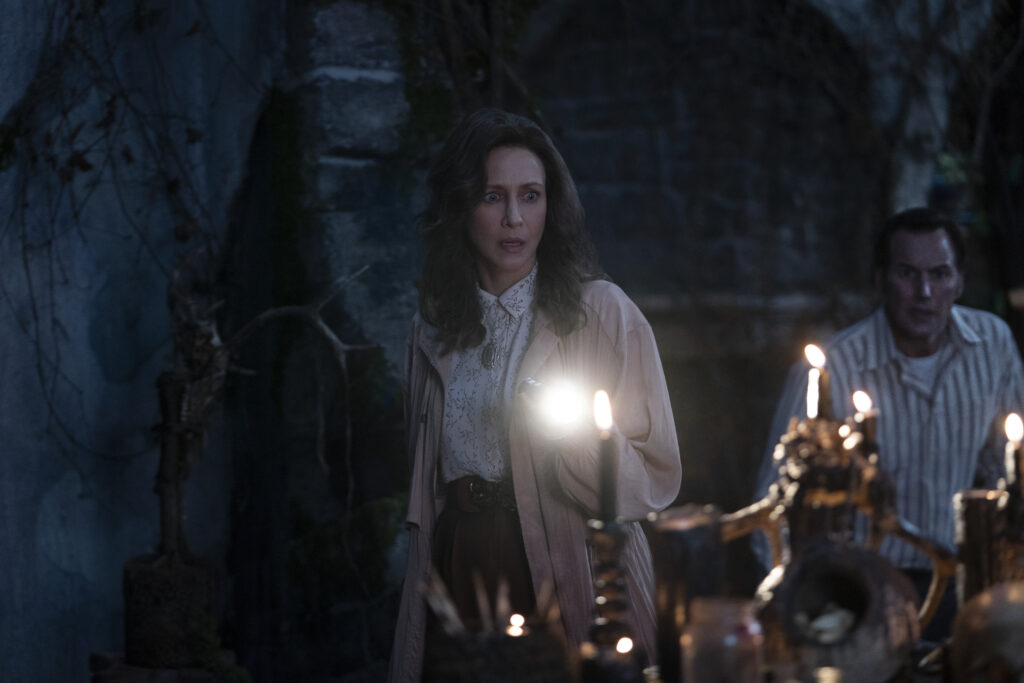 The film dives straight into exorcism territory with the Warrens dealing with a possessed 8 year old boy frothing at the mouth like he’s OD’d on sherbet dip and wildly contorting his limbs like a world champion Twister player. But whilst he is saved from demonic possession with Ed Warren seriously injured in the process, his father Arne Johnson (Ruairi O’Connor) is unwittingly possessed and shortly afterwards ends up brutally stabbing to death the owner of a local dog kennel. Arrested and facing the death penalty it’s the Warrens who go to Johnson’s lawyer with their belief that the devil made him do it. It was the first time such an apparently outlandish defence had been claimed in a US court and became something of a sensation with the stakes so high for Johnson. So the Warrens are tasked with the job to uncover and provide evidence that this was indeed the case. 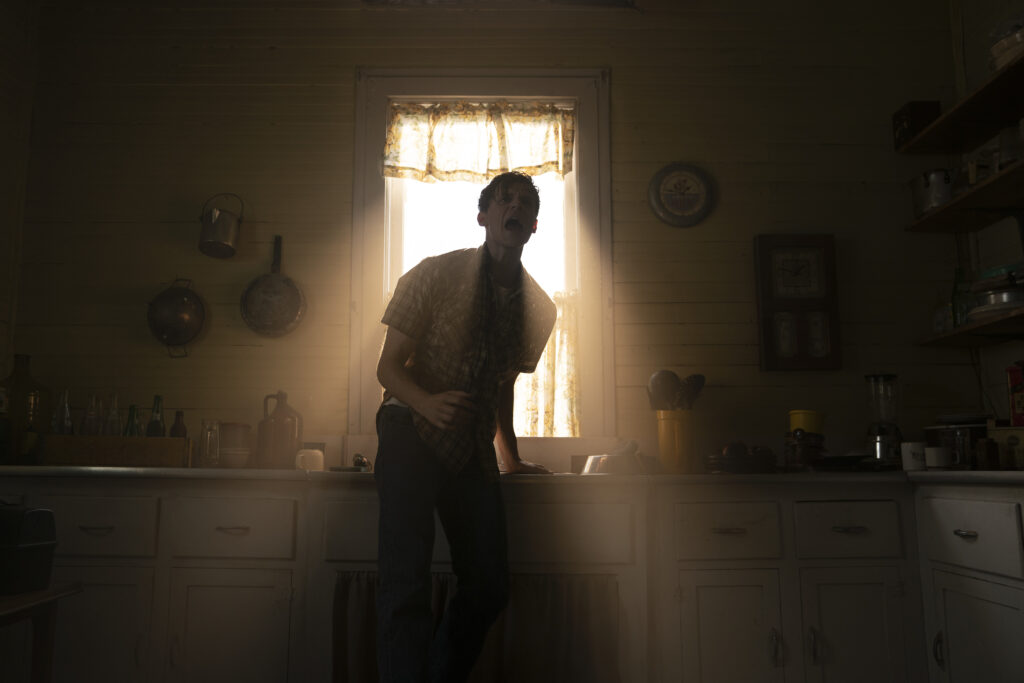 The Conjuring 3 for the first time has not been helmed by regular director James Wan but instead by Michael Chaves who had made his horror debut with The Curse of La Llorona but Wan’s fingerprints are all over this in what is ultimately an investigative procedural with scares. Chaves handles the shocks in an effective though perfunctory manner and like the first film it builds to an overblown  finale. But it’s nicely photographed by Michael Burgess with the deepest black shadows and richly warm hues and he’s homed his craft on other James Wan horror spin offs Annabelle Comes Home, and the demonic doll inevitably gets a fleeting mention here. Whilst not as satisfying as the second Conjuring it’s not without its moments and its worth staying through the credits where the real recoding of the 8 years old boys’ exorcism is played leaving an unsettling aftertaste from what has gone before.

Here’s The Conjuring 3 : The Devil Made Me do It trailer…….