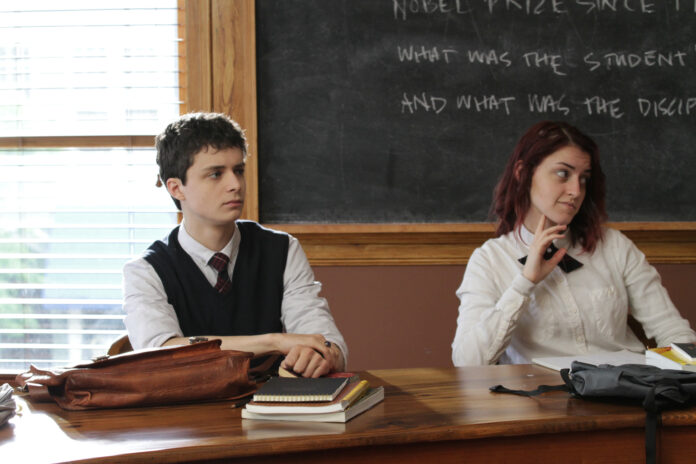 When you’re taking advice and life lessons from a talking bird that you think is a psychiatrist its probably time you really did get professional help. But for James Whitman (Lucas Jade Zumann) pouring out your heart  to an imaginary talking bird (even if it is voiced by the great Tom Wilkinson) is what he has been driven to doing in Dr Bird’s Advice for Sad Poets.

Still at school but living at home with his warring parents  and at the same time coming to terms with the mysterious disappearance of his sister and all the time trying to overcome his depression  as he begins to develop feelings for another student. It is little wonder that he’s on the brink of tipping over the edge into full on anxiety and panic attacks. 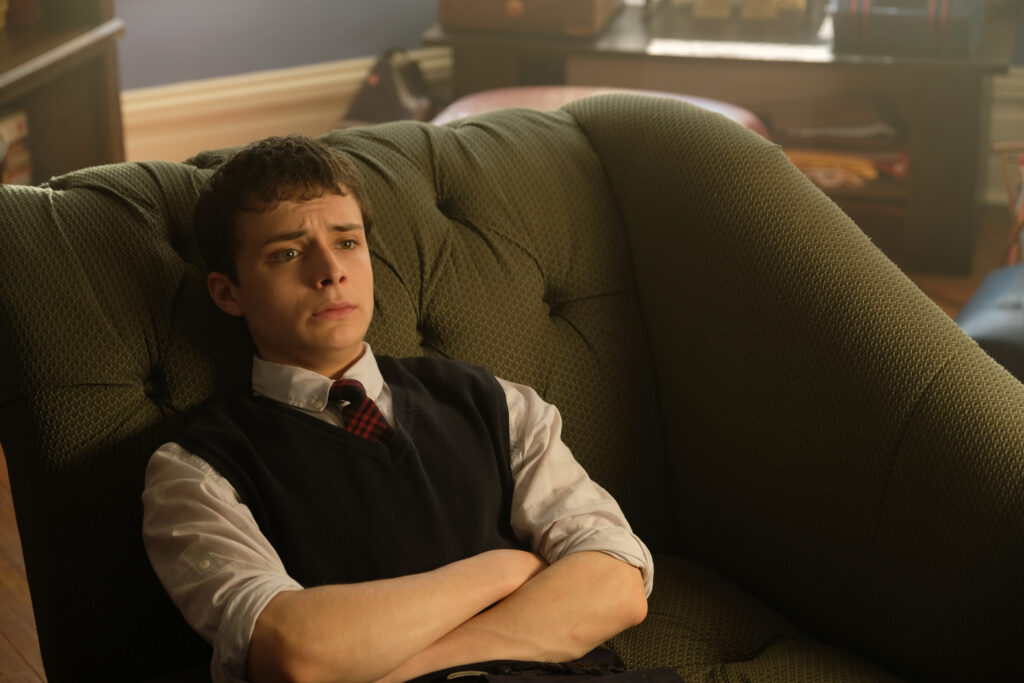 Adapted from a book and initially made as a shirt film by writer –director Yaniv Raz it now gets the feature length treatment. With Lucas Jade Zumann  in the lead role he has significant amount of voiceover throughout the film as he battles to keep his mental health on track. Raz uses a number of quirky cinematic flourishes throughout the story but whilst these are stylishly done it doesn’t overcome a number of problems. 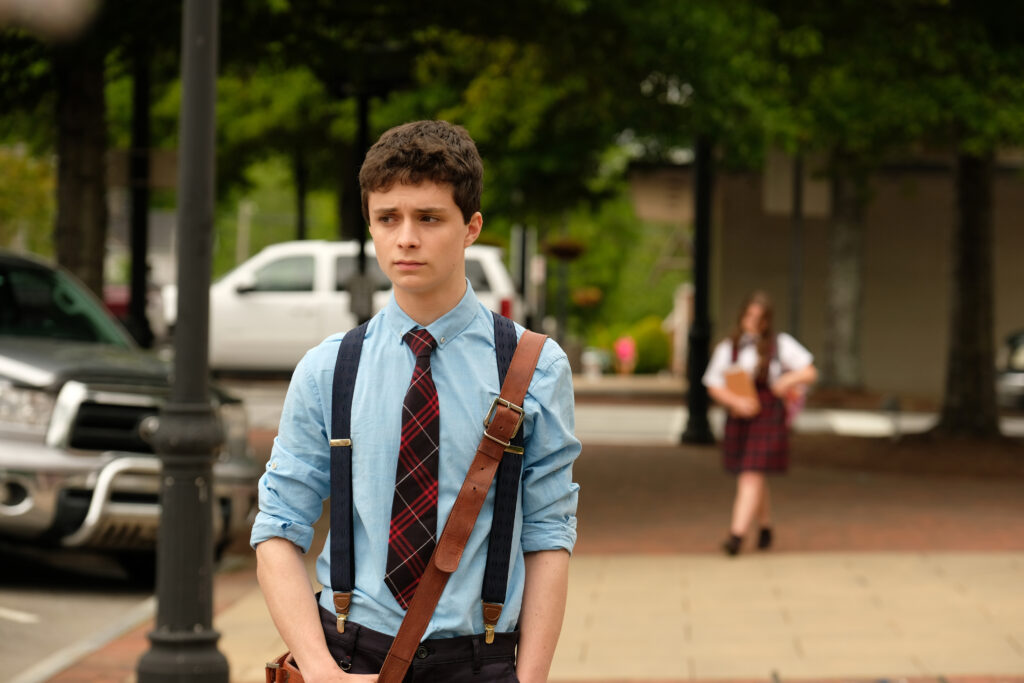 There’s always room for a film that explores mental health sensitively especially amongst teenagers which reports suggest is on the increase but this doesn’t really explore it in any depth glossing over his problematic parents which is a shame because Jason Isaacs (Simon West, the director of Skyfire, talks about the actor HERE) turns in his expected good performance and here, as a by the book disciplinarian father, is one of the films highlights. And the mystery of the circumstances of James sisters, much as the scenes with his warring parents is of more interest than his developing romantic relationship with another student which is the focus of the film. Unfortunately it can’t sustain its almost two hour running time and interest quickly wanes before the only to be expected predictable ending. Dr Bird’s advice for sad poets is a film very much for the fans of Lucas Jade Zumann.

We chatted with Lucas Jade Zumann about the film…..

Here’s the trailer for Dr Bird’s Advice for Sad Poets…..