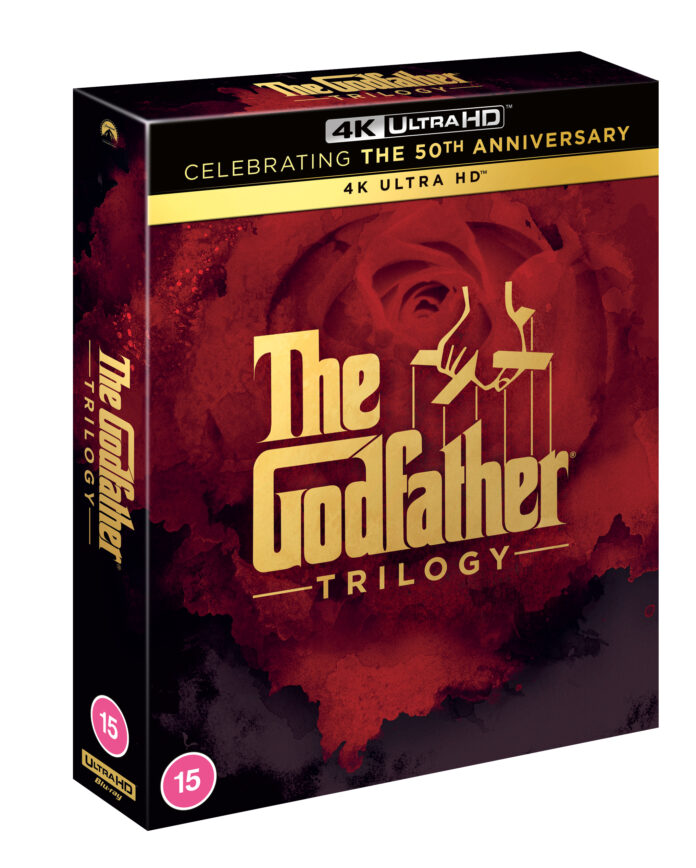 It’s been well documented how troubled a production history The Godfather had. A fledgling director who was constantly working under threat of being fired at any moment to such a degree that during one point in the films production the studio had a stand by director trailing him on set just in case the word came down form the studios heads to fire Coppola. That along with casting of the then relatively unknown Pacino opposite a notoriously truculent star in Marlon Brando and the producers fending off real mafia families doing their best to see the film was never made. And yet the film was a triumph earning 3 Oscars and establishing Coppola as a heavyweight director and would kick off a decade that would see his best work.

Two years later would see him direct the low key but sublime The Conversation which would see Coppola earn another Oscar nomination for the films screenplay as well Best Picture nomination. It would be a film that would go up against his own sequel The Godfather Part II now widely regarded as the best sequel ever made and in some quarters seen as even better than the original. After the first films huge success and critical acclaim he could call the shots and the follow up film saw elements that had been left out of the original and woven into the second film which continued the family saga and at the same time saw Don Corleone’s early years played by Robert de Niro who had auditioned for the first film. It would see him and Pacino in the same film yet never share a scene something which would not happen until 1997’s Heat and even then that only had the one notable scene with them both playing against each other.  This flipping back and fore in time had irked test audiences and the frequency of the time jumps was greatly reduced in the final cut. The ending of the first film had seen Michael Corleone, keen to have been kept out of family business now installed as its boss ultimately enveloped in a moral decline that would overtake him. The sequel would culminate in his biggest betrayal, the order to have his own brother murdered. Come awards time the sequel performed even better than the first with The Godfather Part II being the first sequel to ever win best Film Oscar as well as win Coppola another Best Director Oscar. It would also see de Niro win his first Oscar for a supporting role as part of the films tally of six wins.

Coppola could do whatever he wanted and Apocalypse Now would round off the seventies in what was hugely ambitious project that took almost two years to edit before it was released. But Coppola would stumble and fall badly with his following films in the 1980’s to such a degree that it bankrupted his cherished Zoetrope studios that he had funded himself. The call of a third Godfather film was too much and a studio eager for hoped for success were only keen to see a third film. It was THE film that had Hollywood stars vying to be cast in. But not for everyone. Robert Duvall opted out and instead was replaced by a similar character in the film to be played by George Hamilton. At the centre of it though would be a love story between Michael Corleone’s daughter and the bastard offspring of James Caan’s Sonny Corleone which had been so popular in the original film. Playing the hot head son Vincent was Andy Garcia who had made such an impression in Brian De Palma’s The Untouchables but it was the casting of Mary Corleone that threw the production into turmoil. It had started with an intended audition by Rebecca Schaeffer, a 21 year old actress who had been steadily working in TV and small roles in film and was preparing for an audition when a crazed fan had found her address , called at her door and shot her dead. The horrifying incident bought in stringent stalking laws in the US. The role was eventually cast with Winona Ryder and cameras were set to roll in matter of days when she suddenly withdrew from the project leaving Coppola with a major problem but only days to solve it before the shoot began. The director cast his own daughter Sofia Coppola in the role whom ironically had been the baby being christened at the climatic sequence of the first film

The Godfather Part 3 was released with much fanfare but audiences and critics were divided with many piling in on Sofia’s performance. In fairness here she was in a central role in a major production surrounded by major talent and in retrospect her performance is nowhere near as bad as many made it out to be with her shy and timid ideally suited to falling in love for the first time making the climactic moment with her on the steps of the Opera house as distressing and upsetting as anything Coppola has ever filmed.  Brilliantly orchestrated it’s an emotionally wrenching scene for an audience but especially for any father and Pacino’s wail of despair, anguish and ultimately sheer helplessness that he’s lost the last person he truly loved is the film’s most devastatingly powerful moment.

The Godfather Part III earned seven nominations but won nothing and is generally seen as the weakest film in the trilogy. Yet that last film was one that Coppola was never satisfied with and recently re-edited it and for once unlike several directors who tinker with their films to no noticeable improvement Coppola’s cut took the film up a notch with the film retitled The Godfather Coda : The Death of Michael Corleone.

There are few trilogies which are truly great with perhaps the Toy Story trilogy and even the rebooted Planet of the Apes films maintaining an evenness in tone and quality but The Godfather trilogy is still perhaps the greatest with its film on the surface being about the mafia but underneath it is also about the fall of America represented by the consumption of the soul of a once good man.

The Godfather trilogy is now  available 4K Ultra HD™ set, a 4K Ultra HD™ + Blu-ray™ Limited Collector’s Edition will also be released in deluxe packaging and includes a hardcover coffee table book featuring stunning photographs, as well as portrait art prints on archival paper.  Both 4K Ultra HD™ sets include the theatrical and 1991 cuts of The Godfather Part III, along with new bonus content including an introduction to The Godfather by Coppola, a featurette about the preservation process, photos by acclaimed photographer Steve Schapiro, home movie footage, and comparisons of the new restoration to earlier versions of the films.  A full list of new and legacy bonus content follows: