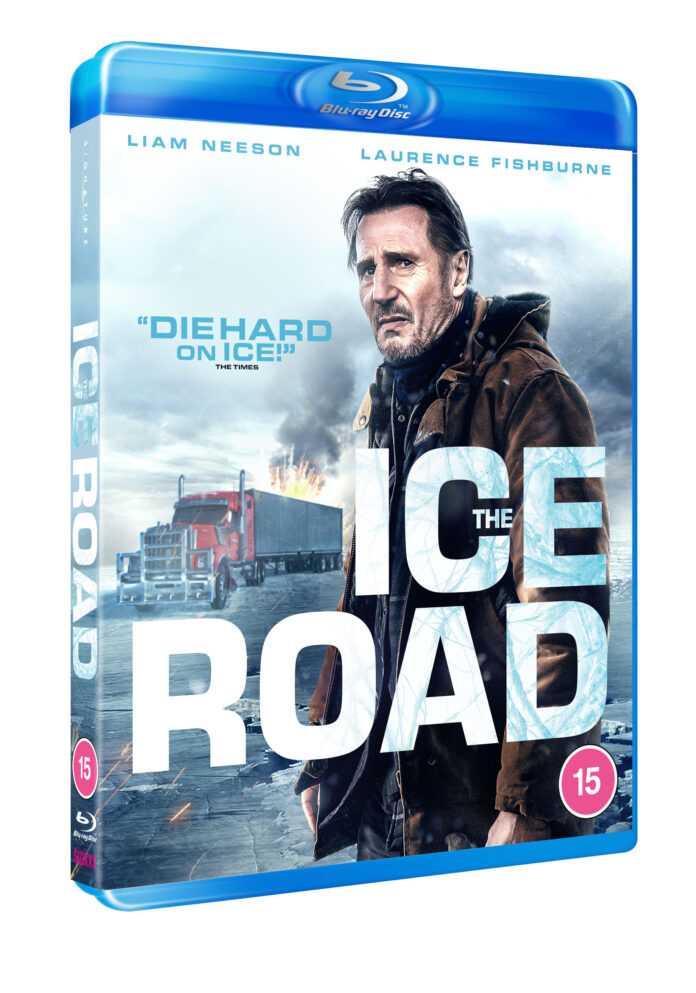 Prior to 2008 Liam Neeson was perhaps best known for his dramatic roles in films ‘The Mission’ (!986) and most notably in Spielberg’s ‘Schindlers List’ which earned him a Best Actor Oscar nomination but his appearance in 2008’s ‘Taken’ with that, ‘I have a special set of skills’ speech changed everything casting him as an action star. Ever since it’s set him up as the go to action man and has appeared in a succession of genre films that’s included blockbuster versions of The A Team (2010)  as well as other more modestly budgeted actioners such as The Commuter (read our review HERE), Cold Pursuit (reviewed HERE) and Honest Thief (reviewed HERE) as well as two further Taken films. The Ice Road continues that tradition which sees him join forces with Laurence Fishburne (The Matrix) in an icy thriller from the prolific action director Jonathan Hensleigh, writer  of Armageddon and Die Hard With a Vengeance.

After a remote diamond mine collapses in far northern Canada, a ‘big-rig’ ice road driver (Neeson) must lead an impossible and deadly rescue mission over a frozen ocean to save the trapped miners. Contending with thawing waters and a massive storm, they discover the real threat is one they never saw coming.

Anyone who has seen the Channel 5 documentary series, ‘Ice Truckers’ will be familiar with what seems to be an utterly insane job driving huge trucks across ice covered oceans so it’s little wonder that it’s seen by many as something of a suicide mission. At the same time there’s plenty of scope for some very good set pieces and the sight of huge trucks being devoured by breaking ice sheets is the stuff of spectacle not seen before and those sequences are befitting of a big screen experience but with this not getting a UK theatrical release those scenes are best seen on the biggest TV screen possible. 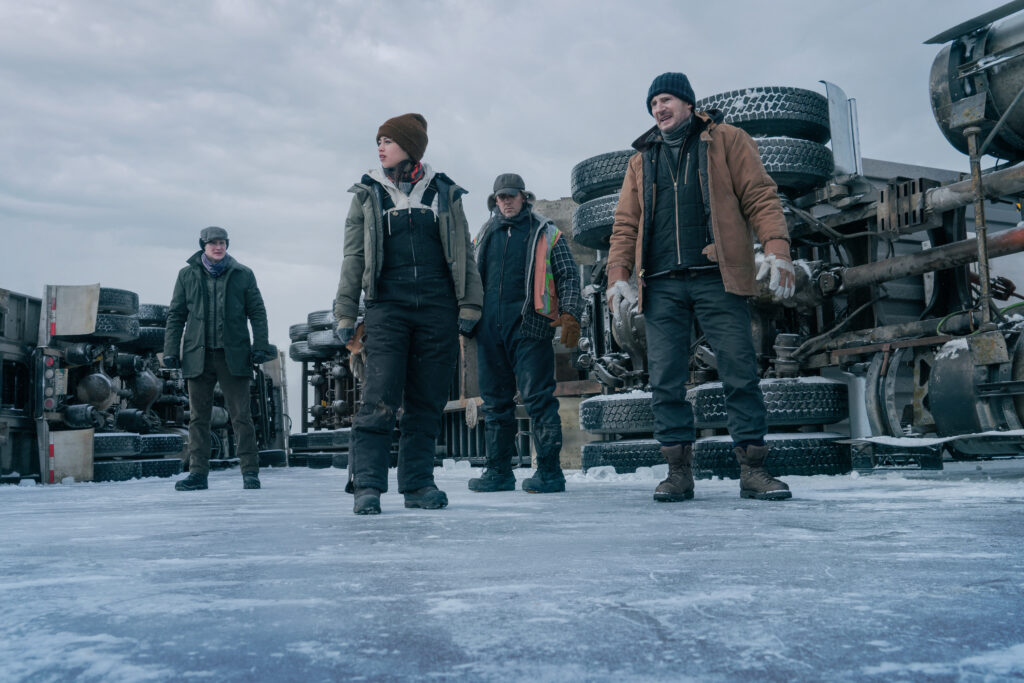 Written and directed by Jonathan Hensleigh who may not be a household name but has been prolific in his output of decent action thrillers over the years including the 2004 (and best) version of The Punisher with Thomas Jane in the title role with John Travolta as the bad guy. As a writer he’s had a hand in The Young Indiana Jones Chronicles TV series, the Robin Williams and Dwayne Johnson version of Jumanji, Val Kilmer’s incarnation of ‘The Saint’ but the Ice Road is his first as a director in 10 years and there are some impressive sequences in this as the trucks battle the elements.

It is a standard Liam Neeson action role as he balances care for his PTSD suffering brother with the suicide mission as he transports a huge well head to a group of trapped miners with time running out in the mine as the build of methane grows in a manner not dissimilar to our Editor sleeping in front of a Bond film after a brussel sprout laden Christmas dinner (‘You’re fired!’ – Ed). With the actors all wearing heavy duty coats, hats and gloves for the arctic conditions much of the fights are reduced to scrabbling about on the ice so it’s the truck rig moments that impress most.

This is something of a vanilla disc with no bonus features but for fans of Neeson in action mode the Ice Road is more of what we’ve come to expect from him.