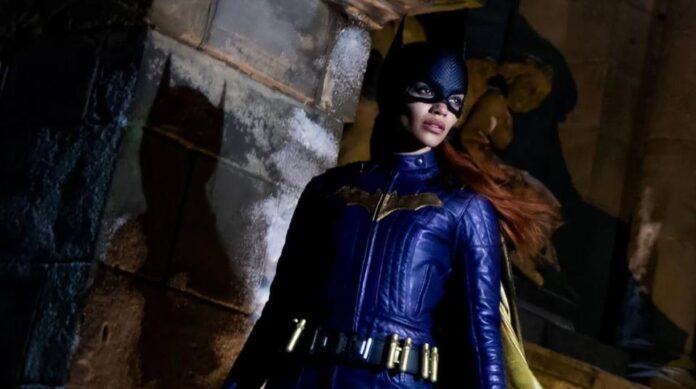 The Batgirl directors Adil El Arbi and Bilall Fallah were still in Morocco celebrating El Arbi’s recent wedding when they received the news a day before the story broke about the Batgirl cancellation. The film was deep into post production and the news stunned the films directors. It’s rare to the point of almost non-existence that any modern film is pulled before its release never to be shown either in cinema, DVD or streaming especially one that cost a reputed $90m (an increase in its original budget due to covid protocols)  but the decision had been made from very high up in the studio by Warner bros CEO David Zaslav and had not been taken lightly.

Batgirl was to have a number of important elements that included Leslie Grace being the first Latina in a superhero title role and would also feature transgender actress Ivory Aquino in a film directed by Muslim Belgian directors and fans were psyched because of the return of Michael Keaton as Batman in a role that was rumoured to be similar to that of Nick Fury in the Avengers films although leaked script sees him at the centre of a big action set piece. Keaton’s Batman is also rumoured to play an important part of the as yet unreleased film version of The Flash due in June 2023 and is also meant to be in Aquaman 2 but Jason Momoa has reportedly said that Ben Affleck had shot a scene as Batman suggesting that perhaps Keaton’s turn in the role is to be cut from the film

So what was the story behind the Batgirl cancellation? Originally intended for release on HBO Max there was talk of even giving the film a 2023 theatrical release. But the first test screen results came in. Always seen as a bit of a dark art the film was shown as what could be described as a director’s cut but without completed visual effects or music score and was shown more as test for audience engagement than anything else. But engagement was low scoring in the early 60’s. Execs felt the film lacked spectacle but then the film had always been intended as a smaller scale DC film that was reflected in the films budget but then at $90m this was far more than usually spent on a streaming only film where it might normally have half of that as its budget. Time had shown that bigger budgets rarely equated to bigger subscriber numbers

With new CEO David Zaslav taking the reins at the studio and a new strategy in place the low test scores and the high cost for a streaming film saw him can the film as a tax write off. It came down to what is called ‘purchase accounting’ meaning that as the studio head had changed over the new boss had until mid-August (2022) to bin the film so that it would not have to carry the loss on the accounts at a time when the studio is balancing its books. But what that means also is that Batgirl will never be able to be seen on any platform.

It’s worth bearing in mind that the studio under its former CEO had run simultaneous cinema and streaming releases that had included Godzilla V Kong, The Matrix 4 and Dune but the bottom line is money and investors want to see profits but subscriber numbers, as seen with Netflix drop, is on currently shaky ground. That compounded by Top Gun Maverick holding its nerve for a cinema only release which has paid off handsomely with it earning a staggering $1.3 billion to date almost demanded the studios strategy change under a new CEO

The directors, hot off the success of Bad Boys for Life put out a statement saying,

“As directors, it is critical that our work be shown to audiences, and while the film was far from finished, we wish that fans all over the world would have the opportunity to see and embrace the final film themselves. Maybe one day they will insha’Allah.”

In fairness then it would seem that its finances rather than film lie at the centre of the Batgirl cancellation and both directors are still highly regarded and still recognised for the flair that their film ‘Gangsta’ (reviewed HERE)  that had caught Hollywood’s attention.