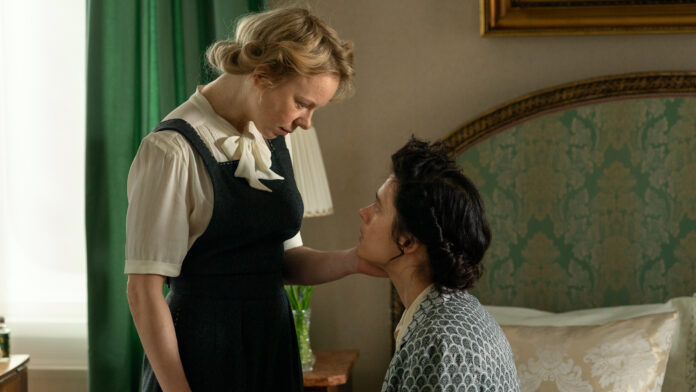 Children’s books cover a pretty eclectic array of subject matter taking in hungry caterpillars to boy wizards but the Moomins were an unusual literary sensation from Finland. Featuring vacant eyed, hippo shaped creatures speaking gibberish – with the nearest British equivalent being Gemma Collins – but  The Moomins were the creation of artist Tove Jansson, daughter to a respected sculptor who would look upon her cartoons with derision telling her, ‘That’s not art’. But her comic character pictures would sell and were syndicated in newspapers worldwide whilst her father often would be awarded arts grants for his work, something that would never happen for  Tove and it was her Moomin cartoons that paid the bills. 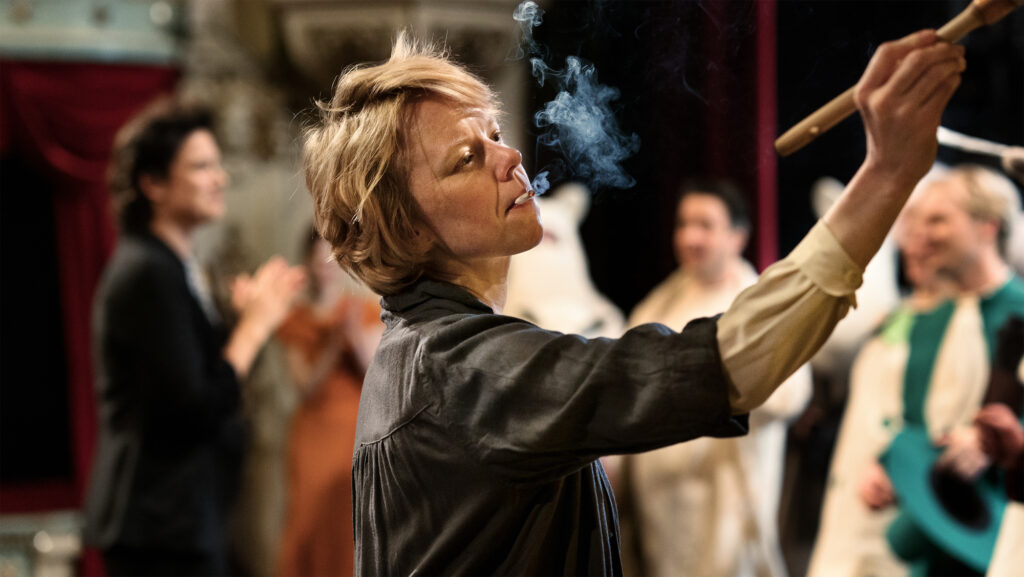 But behind the children’s pictures Tove was a bisexual bedhopper who had a relationship with a married male socialist politician and a female theatre director both of which were out of her social class. The politician, against his own instincts, found himself increasingly emotionally involved with her and wanted to commit whilst the theatre director, though proudly gay, was in a marriage of convenience that afforded her to indulge an interest in theatre but could not find it in herself to fully commit to Tove. 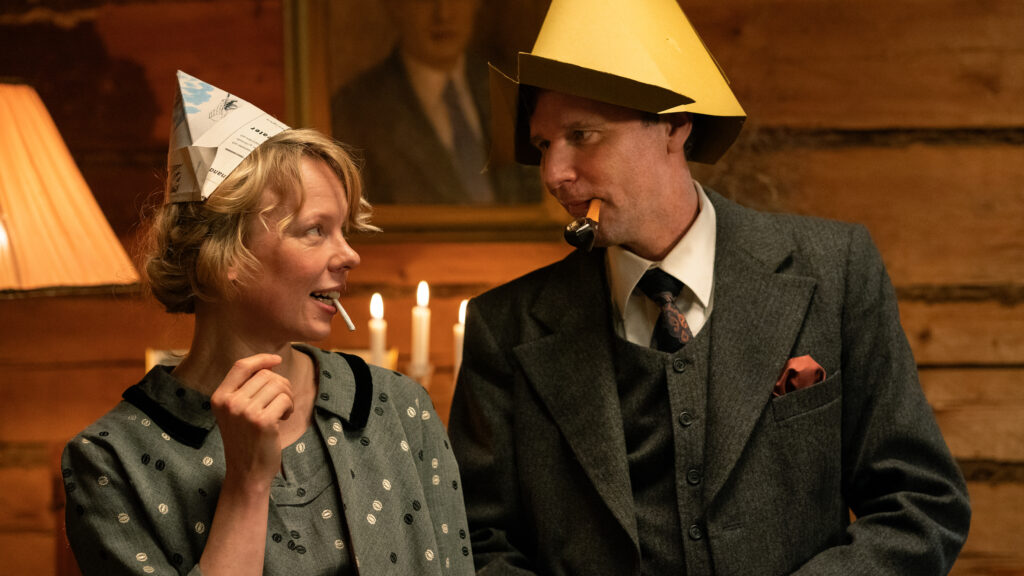 In the middle of all of this is Tove drawn between the two whilst struggling with her strict father disapproving of the relationships and what he regarded as a waste of her artistic talent on frivolous cartoons but the truth was that her cartoons were wildly popular and earned her both a living and the hearts of children which was just as well as she couldn’t sell her paintings in much the same way that anyone who owns a Rolf Harris original can’t either.

As Tove actress Alma Poysti  is as engaging as might be expected having played the artist on stage too  and the film is an intriguing look at an unconventional lifestyle.