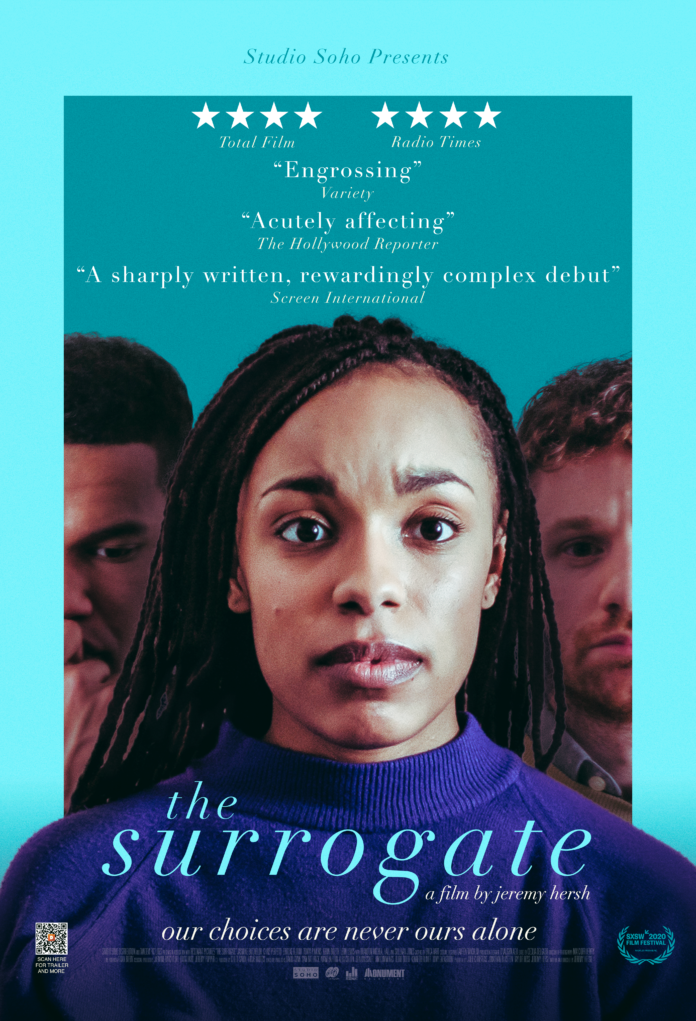 Abortion is a divisive issue causing understandable angst over the decision. It’s something our own editor had wanted to go ahead with his twin sons Damian and Adolf but which the clinic refused to the termination on the grounds that his boys were now twelve years old (‘You’re fired!’– Ed).  The Surrogate deals with the issue when Jess’ (Jasmine Batchelor) pregnancy results show her to be pregnant. She’s delighted but it turns out that she has agreed to be a surrogate mother for her two best friends, a gay male couple Josh (Chris Perfetti) and Aaron (Sullivan Jones)who is also a lawyer and has drawn up an informal contract to cover medical costs in return for Jess relinquishing parental rights.

Bright and bushy tailed Jess is an intelligent  woman but there’s a feeling that she’s probably not thought this through as well as she might but equally neither have Josh & Aaron when a prenatal test drops the bombshell that the baby has Down’s Syndrome and suddenly though never initially stated the couple quickly go off the idea of parenthood. It’s Jess who goes the extra mile and engages with a parent group for children with such a condition, befriending one of the mothers and getting Josh & Aaron to attend the group and have lunch with the parents of one of the children in the group. But regardless of how hard she tries her friends faces and reluctance to engage says it all and it’s then that the talk of a termination rears its head. 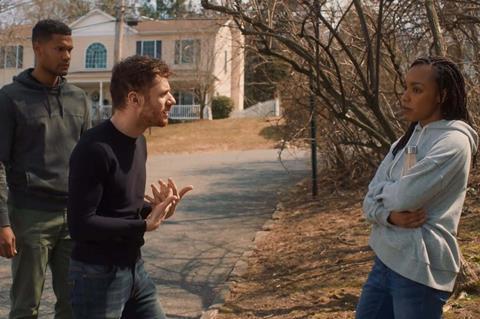 The Surrogate is Batchelor’s film and the other actors give excellent support and its theme is one that will prompt much debate as to what anyone would do in such a situation. Added to this is pressure from her parents, her mother especially who is an Ivy League dean, emphasising that Jess would be a single black mother perpetuating a social stereotype. It’s the same for Josh & Aaron who now think of the child in terms of a financial commitment (and lets be fair every new parent can frankly wave goodbye to any disposable income they have for the next twenty years) and regardless of the unborn child’s condition they have both overlooked their own ability to love, care and raise a child with the baby seemingly more of an accessory than anything else.

It’s a mark of how good the actors are that they elicit a certain degree of sympathy – they care for one another and desperately want to make the right decision but as the arguments are put forward. There is no right decision nor is there a wrong decision. The unknown cast are very good and though the film is a little stagey and Jess character arc veers from wide eyed liberal (the scenes with her and the Down’s Syndrome children’s playgroup are delightful) to vehemently debating eugenics gives the audience plenty of scope to take sides. The Surrogate keeps your interest to the final moment when Jess makes her decision. In the best tradition of provocative film making The Surrogate is guaranteed to instigate debate.

Actress Jasmine Batchelor spoke to us about the film the what she would have done…….