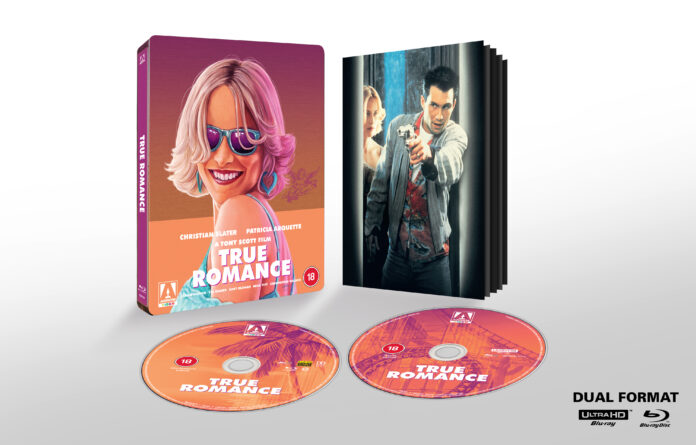 So if it’s to be believed Quentin Tarantino has one more film left in him before he formally retires from directing so it’s fitting that there is a re-release of True Romance the very first script that he had written when he was a 25 year old aspiring film maker. By his own admission it was his most autobiographical  script with Christians Slater’s comic book store clerk and Dennis Hopper’s step father drawing obvious comparison with Tarantino and his own stepfather. 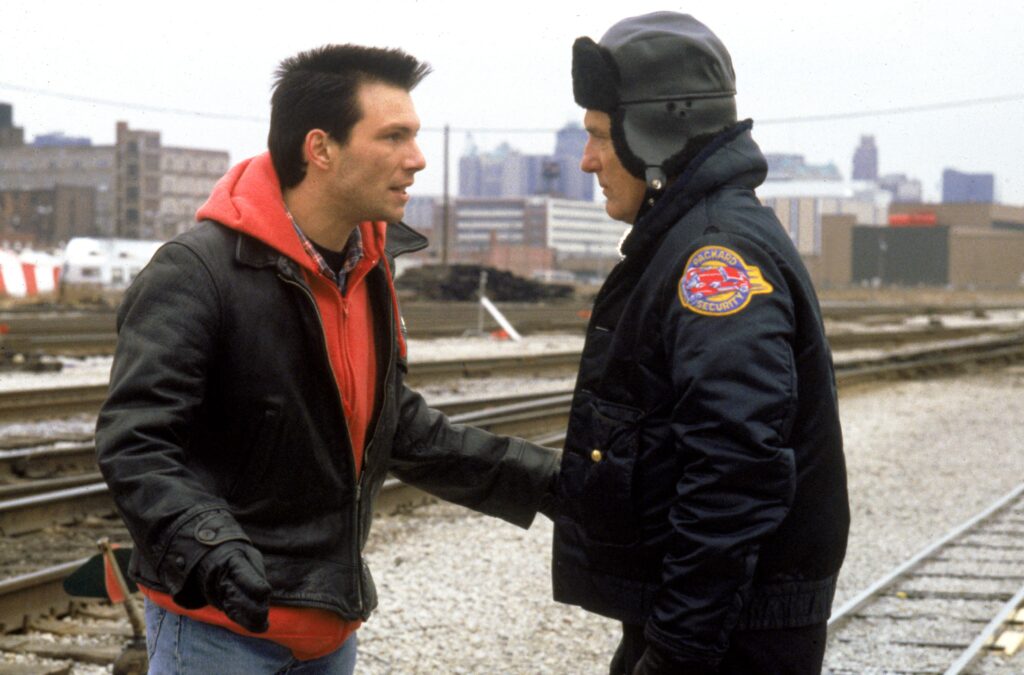 Tarantino had been writing Natural Born Killers at the time that he had sold the True Romance script and Bill Lustig was down to down direct despite Tarantino desperately wanting Tony Scott. Like so much in Hollywood its not what you know but who you know together with a little bit of luck and QT was working with a woman who had a contact on the set of The Last Boy Scout which Scott was directing. It was a perfect timing and Tarantino took the opportunity to talk to the director and show him his True Romance script. Scott read it and loved  the story

Elvis-worshipping comic book store employee Clarence Worley (Christian Slater) is minding his own business at a Sonny Chiba triple bill when Alabama Whitman (Patricia Arquette) walks into his life – and from then on, the two are inseparable. Within 24 hours, they’re married and on the run after Clarence is forced to kill Alabama’s possessive, psychopathic pimp. Driving a Cadillac across the country from Detroit to Hollywood, the newlyweds plan to sell off a suitcase full of stolen drugs to fund a new life for themselves… but little do they suspect that the cops and the Mafia are closing in on them. Will they escape and make their dream of a happy ending come true? 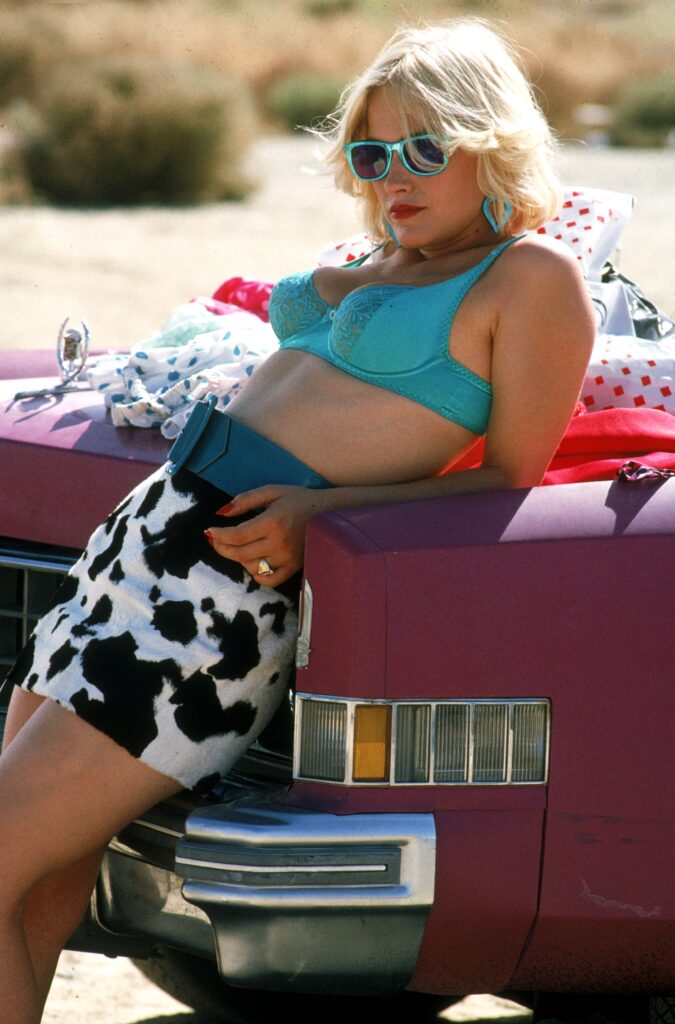 True Romance as we see it today is not the script he sold and Tarantino’s penchant for playing with structure and though the third act of the script is as per the film the first two acts were mashed up and it was Scott who applied a linear structure and it was Scott who also gave the film a far happier ending than that in the original script. Tarantino was initially reluctant but Scott was struck a deal with him to shoot both versions winning over Tarantino with the upbeat ending which would feature Arquette’s real life son.

But by the time True Romance was ready to be filmed Tarantino had already made his massive mark with Reservoir Dogs and was now in rehearsals for Pulp Fiction and took the films stellar cast to the premiere.  Led by Christian Slater and Patricia Arquette (a role that QT had intended to be played by Joan Cusack when he originally wrote the script) True Romance had a great cast that included Gary Oldman, Dennis Hopper, Christopher Walken, James Gandofini, Brad Pitt  and Val Kilmer and a fleeting appearance from Samuel L Jackson who would become a regular for QT in his own films. All were great in their respective roles. Pitt was still fledgling in his career but stole much of the film in what was barely a supporting role, even Kilmer who, as a spiritual Elvis, was never really properly seen with his face framed out of most of the shots, was good. But best of all was what became known as ‘The Sicilian Scene’ by far the best written in the whole film where Walken’s Mob boss is humiliated by a cornered Hopper knowing that his fate is assured then proceeds to torment Walken with a blistering speech about his Italian heritage being ‘half eggplant’. QT had taken it from a black family friend and many doubted the authenticity of the content of the speeches only to find that the Moors raping and pillaging their way through the country was largely true. 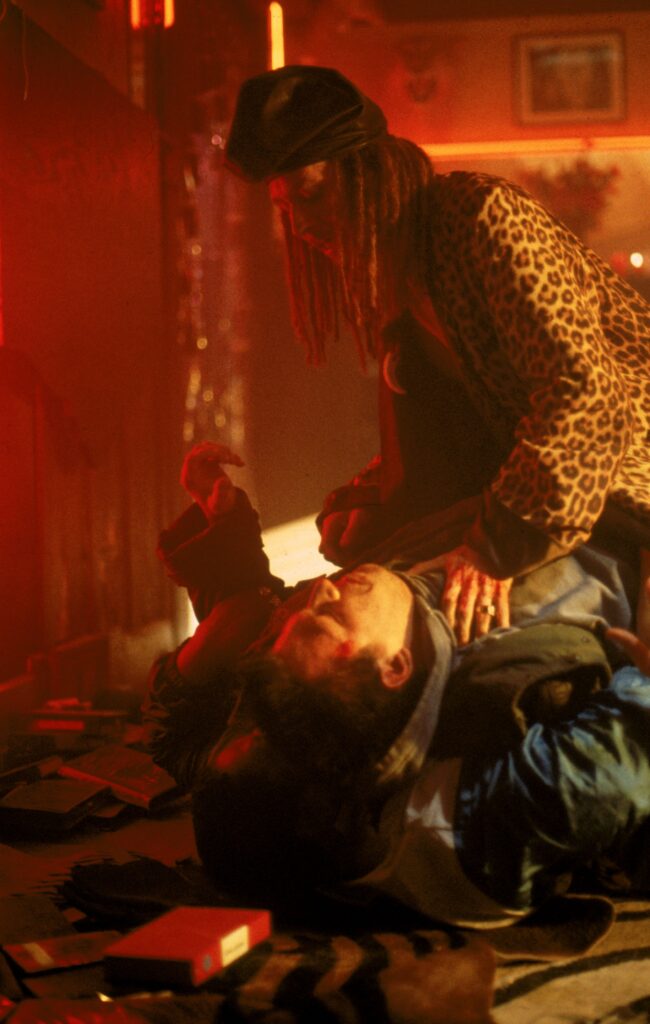 Being Tarantino the film is violent and includes a shockingly brutal scene between Arquette and Gandolfini and audiences had difficulty with its violence towards a woman including the MPAA who cut it down yet bizarrely it was on the grounds that Arquette’s Alabama is becomes a raging uncontrolled animal when she fights back. Typically Tarantino saw it as the film’s most romantic scene seeing it as a beacon of how strong Alabama’s love for Clarence was that she was prepared to be beaten to death rather than betray her husband. Whatever your view its one of many memorable  and powerful scenes in the film. 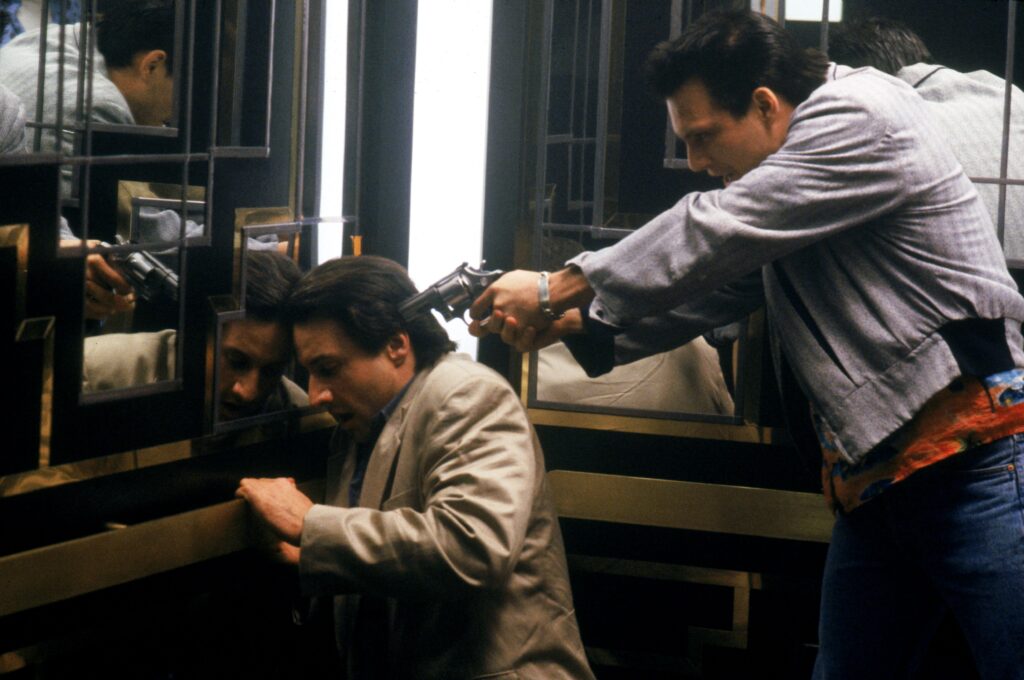 Now available as a limited edition True Romance on UHD, Blu-Ray & Steelbook and previous versions of the film have been packed with features but this latest ups the ante with an immense amount of extra features. The audio commentaries include standalones by the late Tony Scott and QT himself, who is as listenable and enthusiastic as might be expected. There’s also commentary by Slater & Arquette and several select scene commentaries with Hopper, Kilmer, Pitt and Michael Rapaport who plays Slater’s friend in the film. New to the disc are interviews with co-editor, costume designer & composer plus interview with the co-founder of the annual True Romance fest who also owns the original Cadillac in the film and there’s the alternate ending with commentaries from Scott and QT. Add to this behind the scenes footage trailers and an image gallery and it all adds up to a vital addition to any QT fan’s collection. 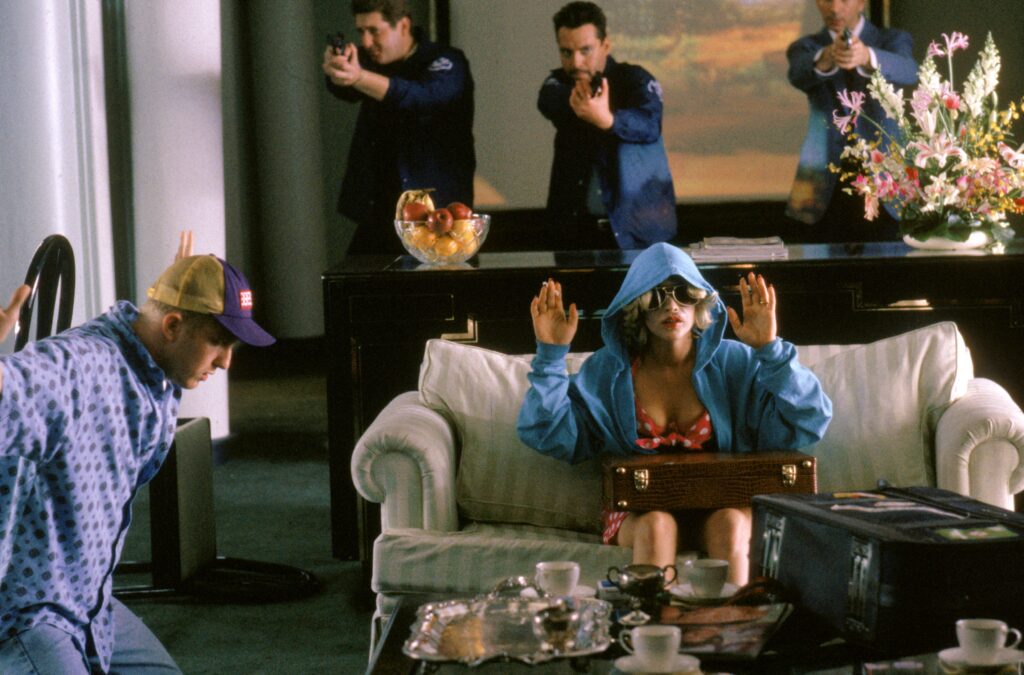 Perhaps most of all for completists is that True Romance is an indicator of just how much the writer-director has evolved and matured over the past thirty years because this is full of the snappy pop culture dialogue that marked him out from every other writer of the time and inspired so many other pale imitators. It’s a world away from Once Upon a Time In Hollywood his most mature script but True Romance is the work of a genius in the making.

TRUE ROMANCE LINITED EDITION IS AVAILABLE FROM THE 19TH JULY 2021