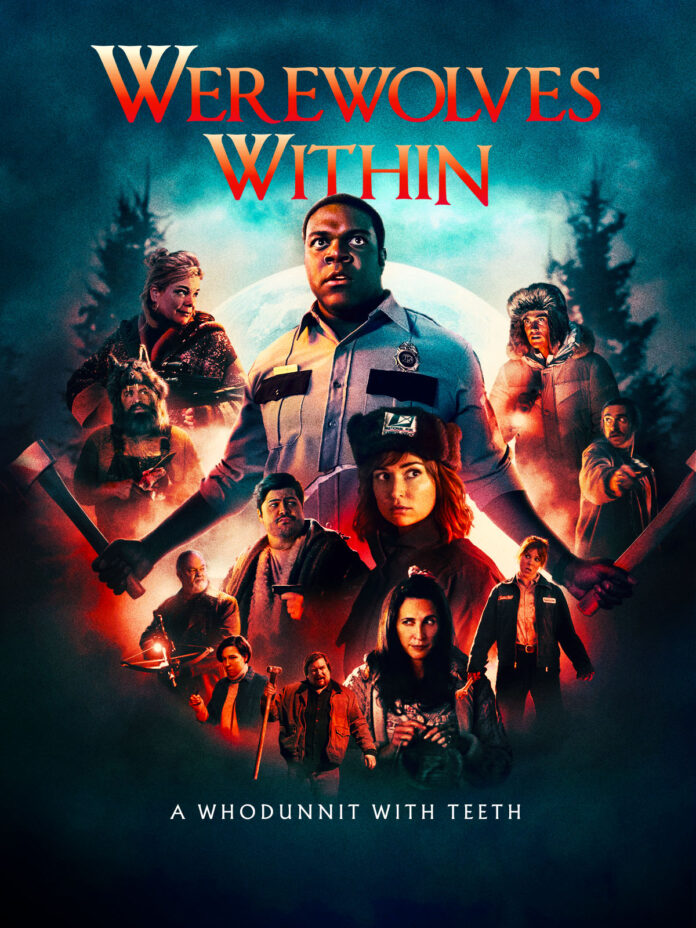 The comedy horror genre is a notoriously difficult genre to get right with John Landis’ An American Werewolf in London being the benchmark by which every film that follows is judged. So Werewolves Within is aiming high. Set in a small town of Beaverfield it’s a town that’s soon to have an oil pipeline shattering the peace should building be approved and Ranger Finn (Sam Richardson – always an endearing performance as seen in ‘Hooking Up‘) is sent there to maintain the peace in what turns out to be a town populated by a quirky cast of crazies. 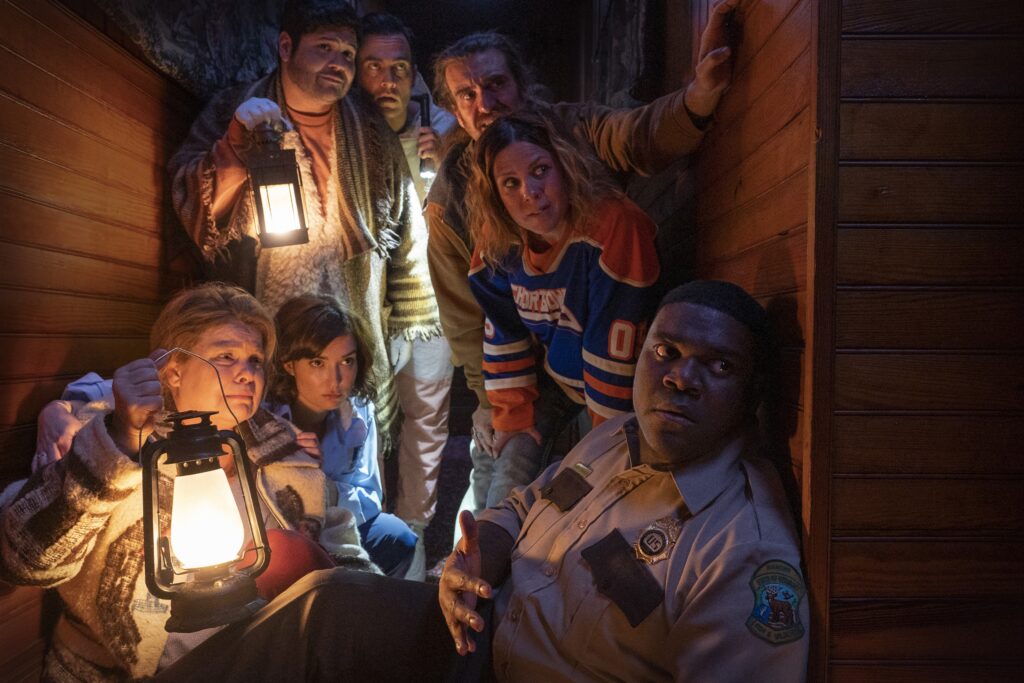 Finn, as a keeper of the law, has a quaintly old fashioned way of maintaining it. Having driven to the town whilst listening to a instructional tape about how to be a man yet he can’t help but speak using cute colloquialism’s, ‘Heaven to Betsy’!’ he exclaims at one point. It’s a throwback to 1970’s TV shows with a cast that have probably since become part of Operation Yewtree investigation. Scripted  by Mishna Wolff she has written a dysfunctional cast of characters that includes the  white trash couple,  the conservatives,  and the gay couple (the films scene stealers) and all with a view on whether or not the pipeline should be built through their town. But its not the town’s only problem as the residents are getting brutally killed by, of course, a werewolf and it is a wonder that Finn doesn’t section the whole town but as the film goes on its becomes apparent that there is a werewolf amongst them. So into the comedy horror is thrown a whodunit as the bodies pile up as the locals try to figure out who is the lyncanthrope with suspicion firmly focussed on the loner who lives in the log cabin on the edge of the town. 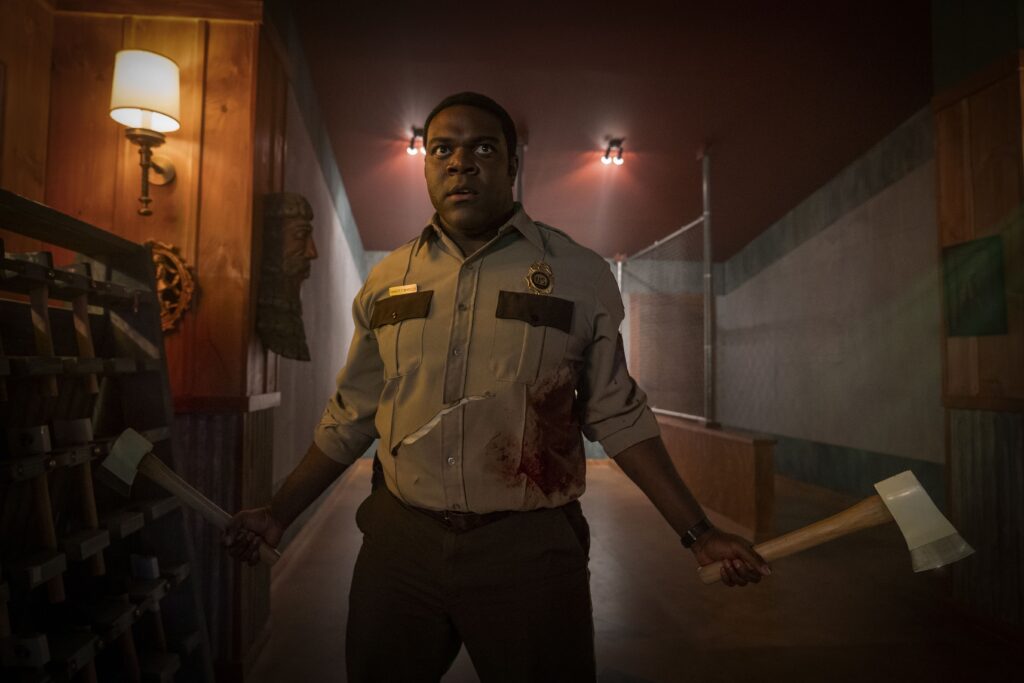 Werewolves Within has some enjoyably daft moments with the cast all relishing their roles but at the heart of it all is Finn and his friendship that he has with post woman Cecily (Milana Vayntrub) as cheery a person you could meet, eager to help Finn and a romantic tension quickly develops between the two as they try and figure out just who is the hairy handed gent with a murderous bent.

Based on a virtual reality game from Ubisoft who have also financed the film and again the film adaptation of a game is littered with failure which Werewolves Within manages to swerve. Much of the enjoyment comes from the interaction of the characters locking themselves in a hotel for safety mixed in with some occasional gruesome moments. But those moments may not be enough for horror fans and for werewolf fans this will disappoint as when it does make itself known it is less than impressive looking like a left over from Michael J Fox’ 1980’s comedy, ‘Teen Wolf’ and a transformation sequence which ignores the innovation of Rick Baker’s stunning make up in American Werewolf and instead goes for the ‘dipping out of shot and reappearing as a strategically shaved baboon’ effect. But as a comedy horror Werewolves Within gets the balance just right .

Here’s the Werewolves Within trailer……