Like Quentin Tarantino director Peter Bogdanovich had an encyclopaedic knowledge of film and as he himself said, ‘I was born  and then I liked movies’. And though directing was where he made his mark he was also a producer, a screenwriter, a film historian, a programmer, an actor and a critic as well as a theatre director but his life was blighted with controversy as much as it was with success.

Born on July 30th 1939 in New York his mother, an Austrian Jew and his father was Serbian who would often take him  to see silent films. But he would soon learn that he had an older brother who had died in an horrific kitchen accident. Bogdanovich voraciously consumed films keeping a filing system of everything he’d seen which when he got to 30 years of age amounted to 5000 films.

He studied acting when a teenager and stared appearing in small off Broadway theatre roles but by 20 he directed his first play and at the same time began writing about films for various magazines and began programming for cinemas. He also began interviewing several big name directors that included Howard Hawks, John Ford but notably Hitchcock and Orson Welles with whom he would remains close to throughout his life writing what was regarded as the definitive book about Welles from the many interviews he did with the director throughout his life. In many ways they ran parallel careers with both of them having a hugely regarded debut film followed by ever less successful films. 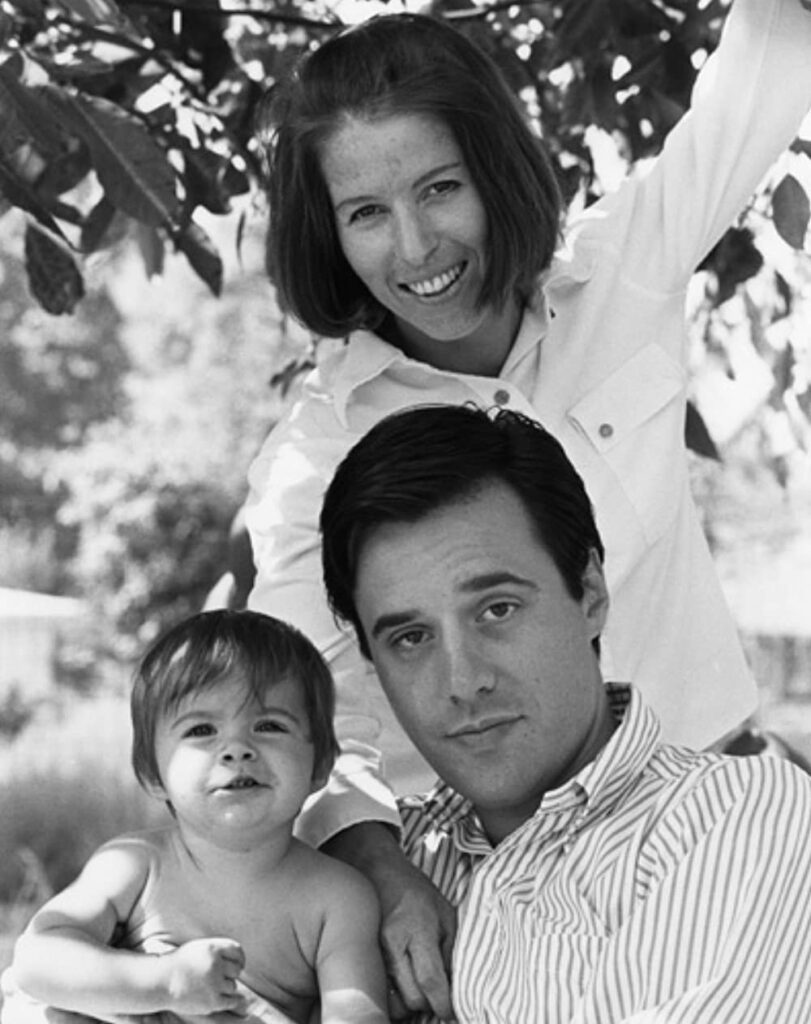 By 1964 having married production designer Polly Platt he started working for Roger Corman as a second unit director before writing and directing his debut feature ‘Targets’ in 1968. A thriller about a young man who goes on a murderous rampage it featured Boris Karloff but various scenes were homages to the golden age of Hollywood films which Bogdanovich loved so much. It attracted attention and Columbia Pictures hired him to helm The Last Picture Show which would be regarded as his master piece. Shot in black & white it focussed on a small Texas town and starred the then unknown Timothy Bottoms , Jeff Bridges and 19 year old model Cybill Shepherd who Bogdanovich had seen on a magazine cover in a supermarket. It drew huge acclaim and was nominated for eight Oscars winning two and Peter Bogdanovich found himself on the Hollywood A-list of directors. Equally the success saw him leave his wife and two children for Shepherd. It was the beginning of his name becoming the stuff of showbiz gossip columns and more would follow throughout the 1970s. 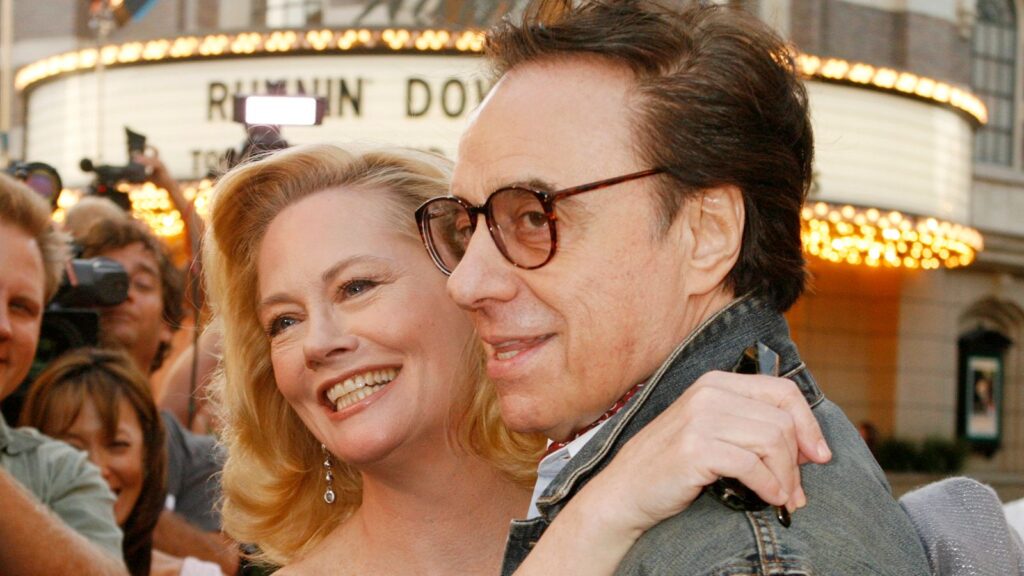 The Last Picture House was followed by an immensely enjoyable screwball comedy ‘What’s Up Doc?’ starring Barbra Streisand and Ryan O Neal  and in turn this followed by more success with Paper Moon again starring O Neal and his daughter Tatum who would be nominated for and win an Oscar for her role in the film. But success and acclaim would end here. Daisy Miller (1974) and At Long Last Love (1975) were met with derision that last of which featured Shepherd and Burt Reynolds and bombed losing $6m. Nickelodeon (1976) followed with O Neal and Reynolds and also tanked.

It was all going very wrong and his relationship with Shepherd ended after eight years together yet he quickly moved on to Playboy model Dorothy Stratten at the Playboy Mansion. She was married but left her husband for the director who cast her in a small role in ‘They All Laughed’. What happened next was no laughing matter when Stratten’s jealous ex-husband shot her dead before turning the gun on himself. Peter Bogadnovich was understandably devastated and it was rumoured that he would repeatedly watch They All Laughed which continuing what was now a regular feature of his films as it too tanked at the box office. Convinced it was due to poor marketing he bought the film with a view to distribute it himself. It still bombed and it cost him $5m of his own money decimating his personal finances and by 1985 he declared himself bankrupt and Hollywood, never keen to associate itself with failure, kept him at arm’s length. It was little surprise that he took to prescription drugs soon eventually getting addicted . At the same time he wrote a biography of Stratten which was part love letter, part accusation that Playboy mogul was to blame partly for her death.  Bogdanovich later admitted to regret writing the book. 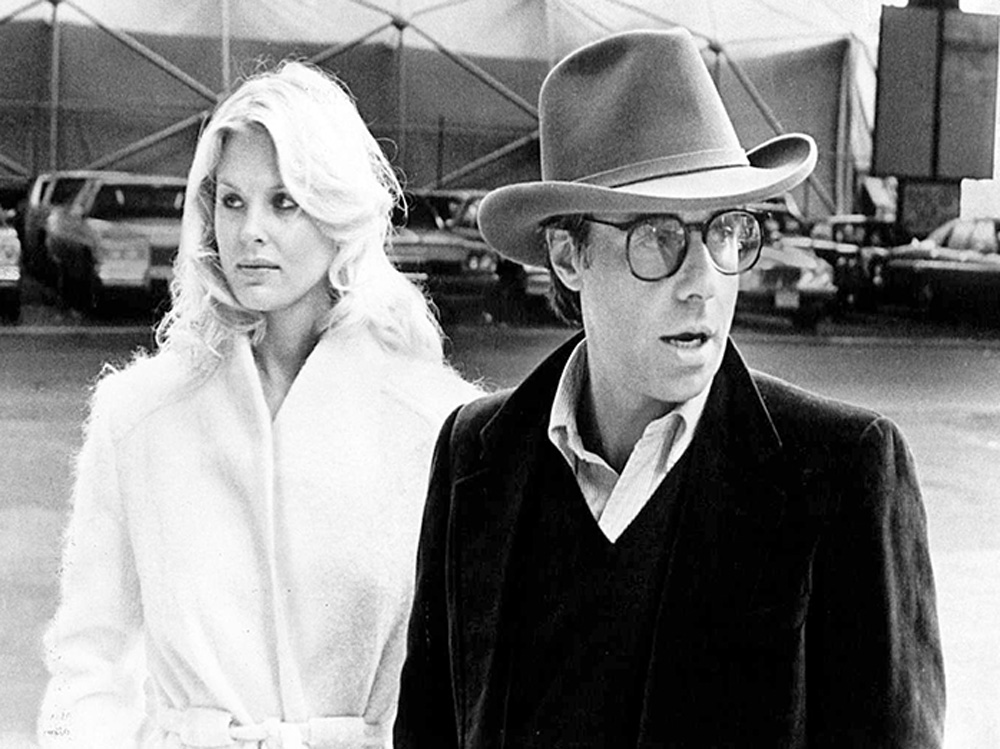 And yet what seemed like self destructive behaviour continued when he started dating Stratten’s younger half sister. Heffner accused Bogdanovich of seducing her when she was only 13 which Bogdanovich obviously denied and yet it hardly helped his cause when it was revealed that he had paid for her education and had paid for her to have cosmetic surgery eventually marrying her in 1988 when she was twenty ( the same age as Dorothy when he had met her). It served only to fuel the showbiz gossip mongers and unsurprisingly they divorced in 2001

Career wise after a long string of flops the director found success with 1985’s Mask starring Cher yet he blighted his comeback by filing a lawsuit against Universal Studios  and the film’s producer for cutting two scenes. He withdrew the suit but more film failure followed with his next four films including a long awaited Last Picture House sequel and as the turn of the century approached he was declared bankrupt yet again and it was Tarantino who allowed the homeless Peter Bogdanovich to live in his guesthouse. 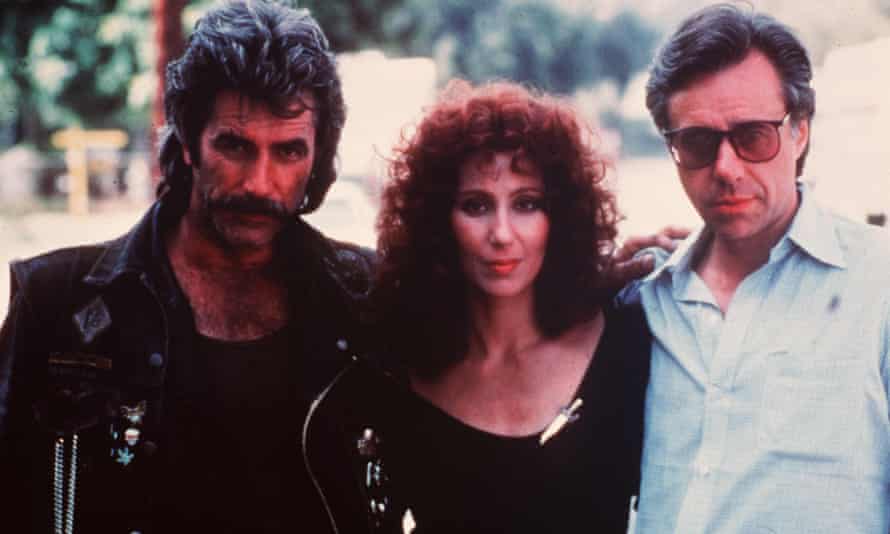 By now he was directing TV films, series and at one time even an episode of The Wonderful World of Disney. Eventually he returned to film in 2001 with The Cat’s Meow whose true story was one that had been kept quiet for decades about a fatal shooting in 1924 aboard newspaper mogul William Randolph Hearts private yacht. It drew good reviews and he followed it with two highly regarded books featuring interviews with actors and directors.

Having trained as an actor he took on small roles notably as a psychiatrist in The Sopranos but also got a chance to have a dig at Heffner who he imitated for a role he played in two episodes of TV series Law & Order. 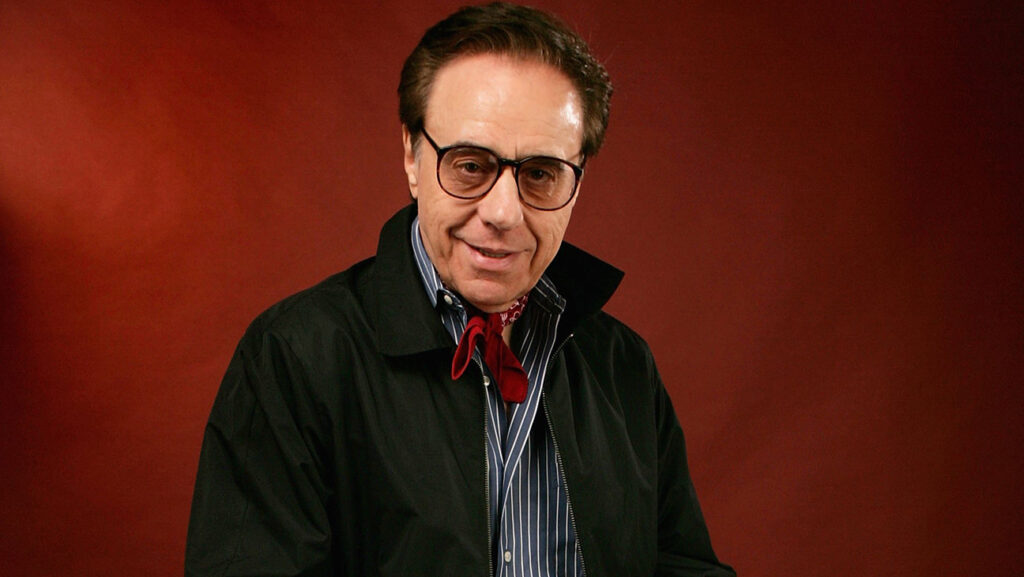 His last film was a 2018 documentary about Buster Keaton and Peter Bogdanovich passed away on 6th January 2022 aged 82 leaving behind two daughters.