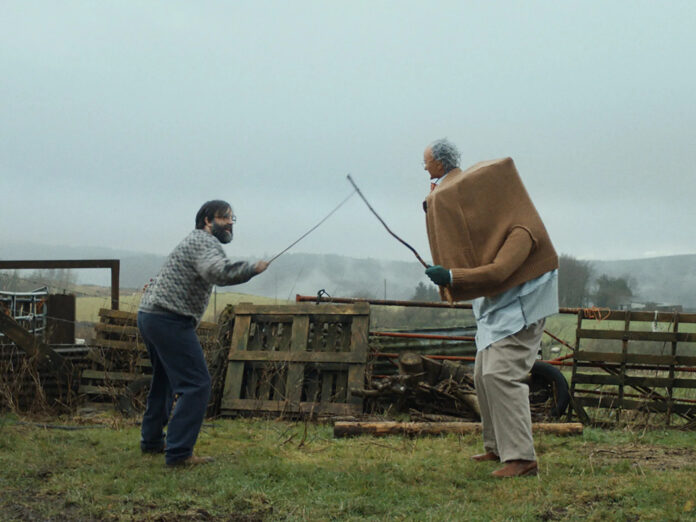 Brian and Charles, a film that follows the friendship of Brian a lonely inventor and his robot Charles has been written by David Earl & Chris Hayward as Brian and Charles respectively. About the idea for the film David Earl says ….

‘I had been performing as the character ‘Brian’ for quite a few years on the stand-up circuit and also had my own, terrible, internet radio phone-in show as ‘Brian’. Rupert, the producer, once rang in using some voice simulator software and pretended to be a robot. That was the birth of Charles and that’s where their awkward relationship began. Trying to connect with one another over Skype. We then decided to bring Charles to life, physically, and try them both out in front of an audience, so Chris went away and built him, and what a wonderful job he did, too. From there we decided to make a short film and off the back of that, Film4 asked if we wanted to develop a feature’ 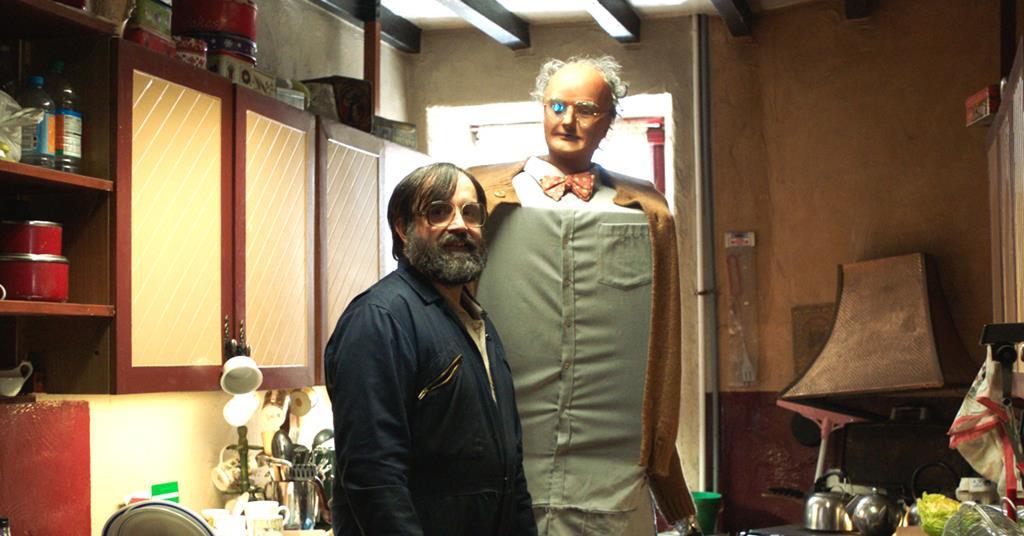 Having developed the characters from that idea Earl went on to say about the film Chris playing a robot……,

‘Well, doing stand-up, although I’m in character, the way you react in the moment onstage can all depend on how you’re feeling at that time, and what’s happening in front of you in the audience. So, I would say ‘Brian’, as a stand-up character, hasn’t any fixed rules at all and can be shy, loud, placid, angry, silly, serious, all of these things. Whereas when writing him for the film, Chris and I definitely leaned towards trying to make him more likeable. And perhaps, accessible. More sweet and vulnerable, but still a bit odd. Well, very. I just wanted to film Chris standing in a cardboard box and then introduce this weird little character to the world.’

So for Chris Hayward who spends the entire film inside a washing machine playing a robot Charles it was something of a challenge telling us,…….

‘The physicality of being Charles is tricky mainly because I can’t really see anything when I’m in there. Even things like walking in a straight line are difficult. There is only a small gap where I can glimpse the ground so in a rehearsal I’d have to memorise markers like the position of a pebble or a crack in the pavement and try and follow those when we filmed, hoping I was heading the right way. Between takes people 8 would hand me food and drink through a flap in his shirt. Then there was the dancing, which I learned from Janet Jackson.’

Read our review of Brian and Charles HERE