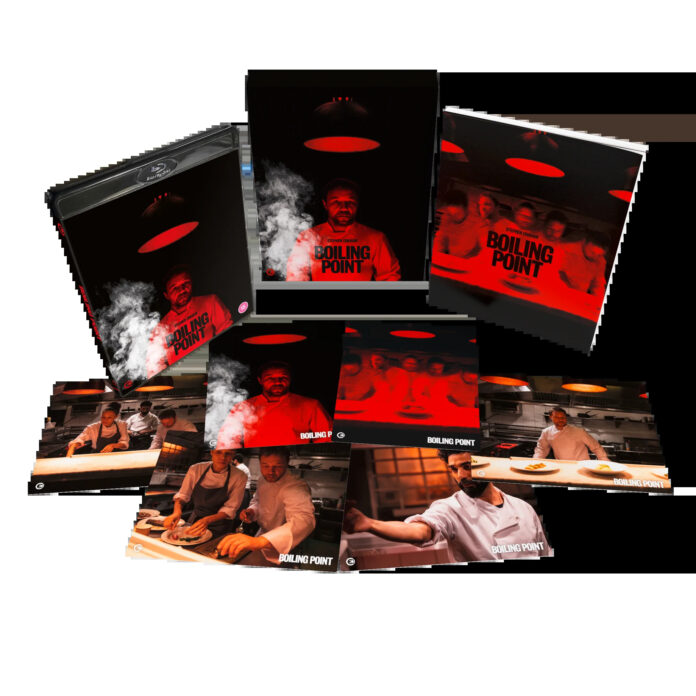 It’s probably intentional that Philip Barantini’s film is called Boiling Point a title that was shared with the 1998 TV series where UK audiences saw an explosively volatile head chef Gordon Ramsey opening his new restaurant and behaving as though he was moments away from filleting his own kitchen staff. Kitchens at top end restaurants have rightly garnered a reputation for being high pressure environments and Boiling Point was co-written by James Cummings who himself had worked as a chef for 12 years and had a clear insight into the workings and stress involved in such a kitchen.

Directed by Philip Barantini, an actor turned director who had made Boiling Point as a short film before expanding it into the feature length film which would star Stephen Graham as a head chef trying to balance his private life and his own personal demons with the pressure of his new restaurant on the busiest day of the year hardly helped by the attendance of another star chef with a food critic as well as other troublesome guests.

Apart from uniformly great cast what sets this apart is that it was filmed in one continuous shot. No sneaky edits as in Sam Mendes 1917 but one long fluid uninterrupted take by DoP Matthew Lewis though not on a Steadicam as might be expected but on a camera effectively dangling on a string suspended from an arched piece of metal attached to his back. It’s not the first time that a film has been shot in one take – Sebastian Schipper’s underrated 2016 film ‘Victoria’ did it as did Woody Harrelson in 2017’s film ‘Lost in London’ that even more daringly was broadcast live from central London. It’s a technique that immerses the audience right into the thick of the drama and rising tensions and it works well giving a real sense of the stress that the characters would be under which was matched by that of the cast knowing that any mistake meant the take would be ruined and they would have to start over. Compounding this was that the film was shot in March 2020 just as the worldwide pandemic was shutting down countries one by one and though the schedule had allowed for 8 takes the announcement of a lock down curtailed the schedule and so against a background of a deadly and not fully understood pandemic spread through crowds the cast and crew in a packed restaurant set about the second and last day of being able to film knowing that all their work and preparation would go to waste if they didn’t get it that night

Filming Sam Mendes 1917 in one take

Boling Point, as technically brilliant as it is, is matched by its performances led by Stephen Graham who was BAFTA nominated (one of four BAFTA’s for which the film was nominated) and this limited edition blu-ray has a wealth of decent bonus features that include…

Perhaps what it most obviously misses is a yak-trak with director Philip Barantini and Stephen Graham but that aside this is a gripping drama and one of the best film of 2021 that was rightly lauded on its release.

We chatted with director Philip Barantini about shooting a film in one take…..