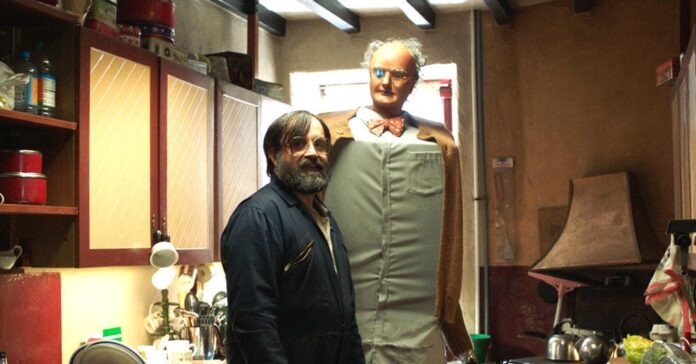 Probably best known for his work as a supporting actor on several Ricky Gervais series notably Derek and After Life, actor David Earl has tried out a number of solo projects one of which was a 2017 short film about Brian a lonely inventor who makes a robot called Charles. It’s success at on the festival circuit saw him and co-writer Chris Hayward expand the film to feature length film titled of course, Brian and Charles.

The film follows Brian after a particularly harsh winter. Depressed and completely isolated with no one to talk to, Brian does what any sane person would do when faced with such a melancholic situation. He builds a robot. Read our review HERE 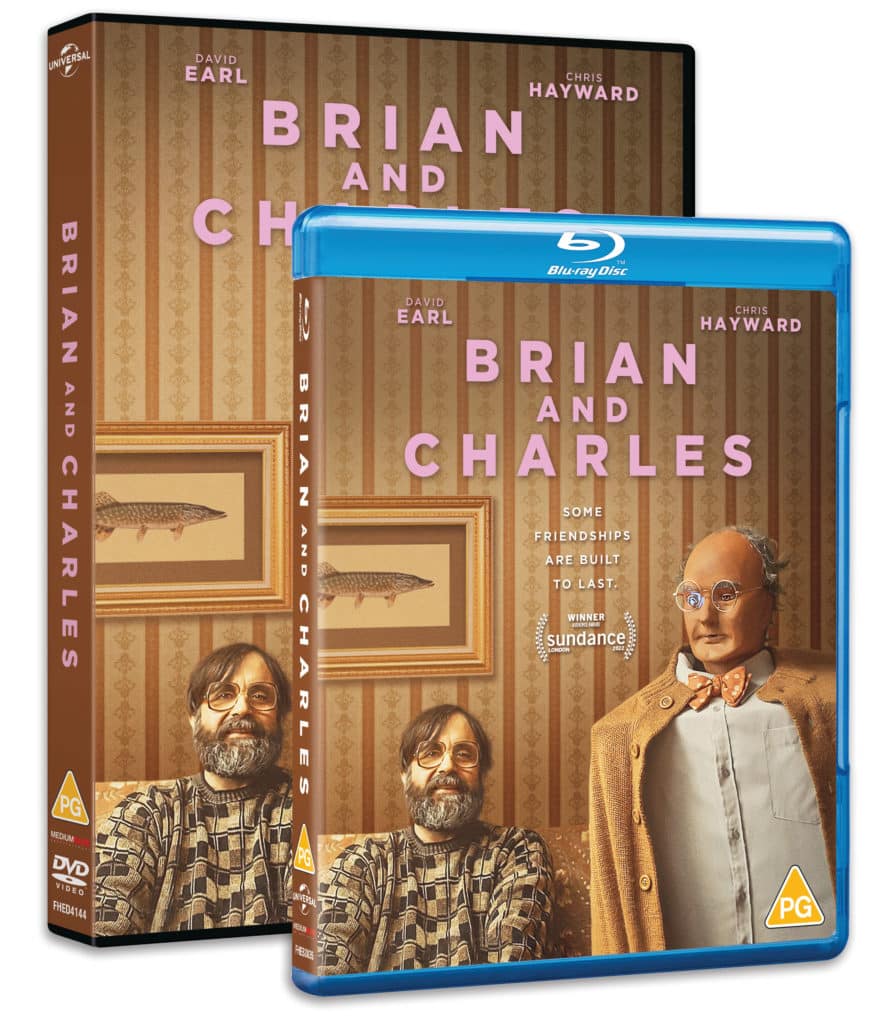 A low budget film with a deliberately Heath Heath Robinson-esque robot cobbled together from a washing machine, a mannequin head and other odds and ends and all worn to no convincing effect by Hayward. The film sees Brian is still lonely, (it’s never made clear whether he’s divorced or he lived with his now dead parents in the family home) and Charles becomes his friend and something of a bromance develops between the two. Typically and eccentrically British the film was met with acclaim and made a modest amount at the UK box office.

Being a robot in Brian and Charles

Gervais , much like Victoria Wood, surrounded himself with a regular troupe of unsung British comic actors such as Tony Way, Kerry Godliman and regular scene stealer Colin Hoult and David Earl featured more and more heavily in his TV shows often outshining the rest of the cast especially in After Life as each series was released and his blooper reel from those series were often ad-libbed outrageously and there’s a gag reel on the Brian and Charles blu-ray though this is nowhere near the level of laugh out loud funny lasting only a couple of minutes and almost entirely of the cast just laughing. In fact though the disc has a number of bonus feature that also include a ‘Twitter Q& A’, and a featurette titled ‘This or That’ where Earl asks robot Charles about his choice between two items. are extremely thin in decent content lasting barely three minutes between them. There’s also the obligatory trailer but what this disc really misses is Earl, Hayward and director Jim Archer doing a yak-track. So the real appeal of this Home Ent disc release is the film itself

How Colin Farrell was transformed into The Penguin…….