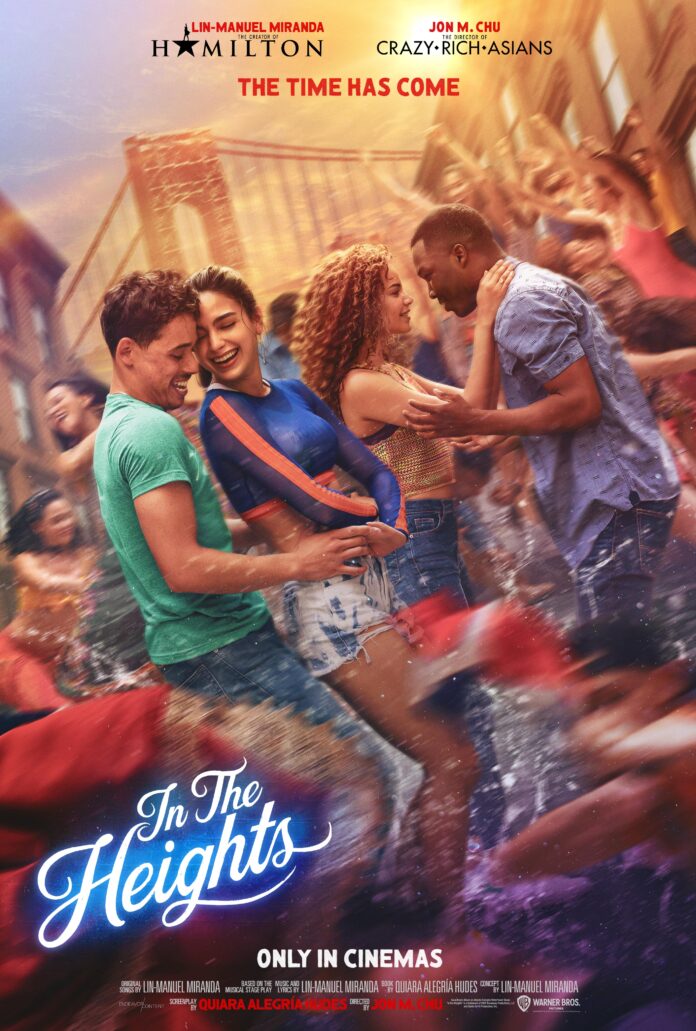 Maybe it’s us but the thought of bursting into energetic choreographed dance routines in a heat wave during a power cut leaves us feeling exhausted but that’s what broadly happens for the 2+hours duration of In The Heights.  It’s a lively adaptation of Lin Manuel Miranda’s Broadway hit and adheres to the movie musical adage where the cast bursting into song and dance routines for no apparent reason other than to get themselves sectioned. But as miserable old cynics as we are in The Heights is refreshingly upbeat slice of life in the Latino community. 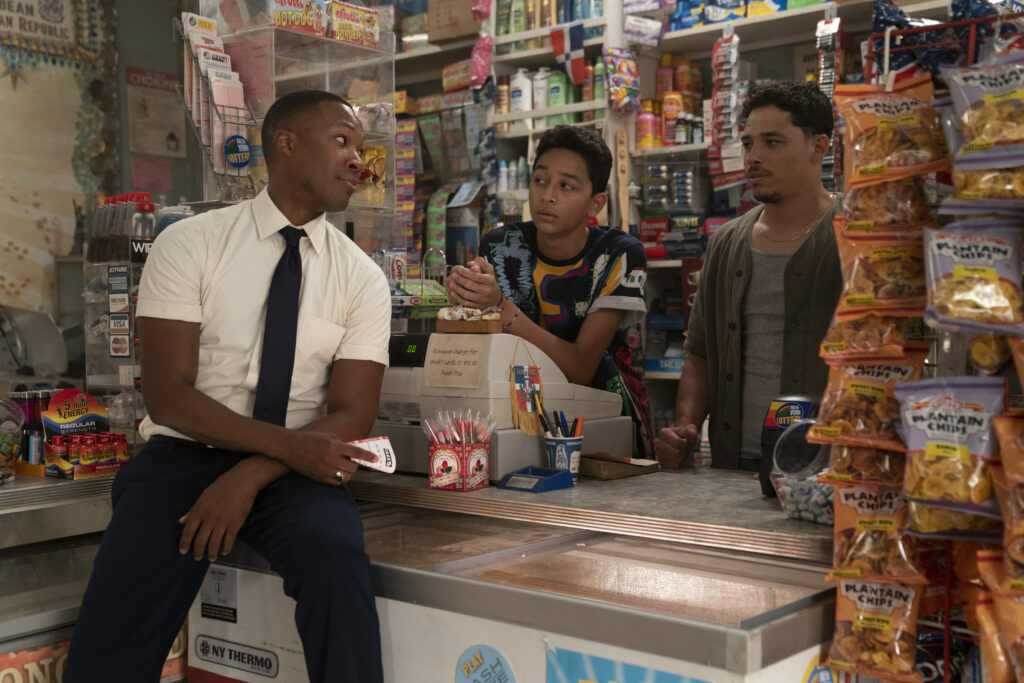 Set in Washington Heights during a hot summer with the residents unaware of an impending power cut that will last for weeks and had the Latino community sweating like Gemma Collins doing the numbers round on Countdown. Usnavi (Anthony Ramos) and his confident with da ladeez cousin Sonny (Gregory Diaz)run a bodega but his real dream is to run a beach bar back in the Dominican Republic. It’s a story he recounts to several children on what appears to be said beach. He is hardworking but shy around Vanessa (Melissa Barrera) who works in a beauty salon but, like him, she has a dream too and that is to be a fashion designer. 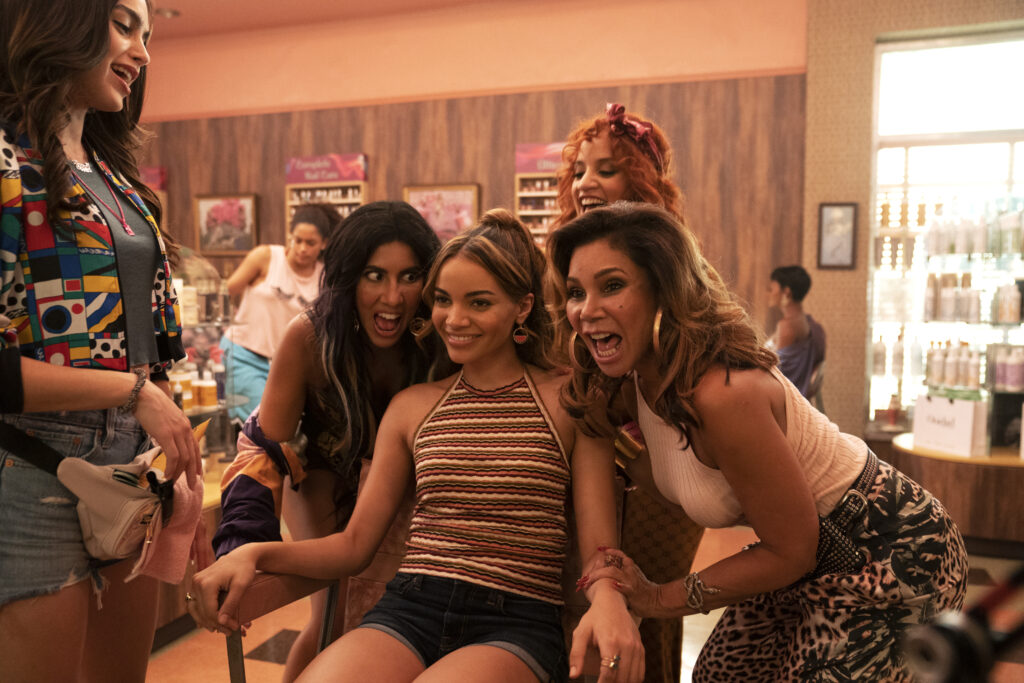 At the same time Nina (Leslie Grace) returns home from her studies at Stanford University, financed by her father who has sold part of his business to do so. But she harbours a secret as to why she has actually dropped out of college and it’s a moment that is played off screen which loses much of its  dramatic power by doing so. Her Dad, played by Jimmy Smits who doesn’t seem to have aged, is delighted to see her despite having almost bankrupted himself to get her to Stanford and is prepared to do it again to get her through the next academic year whilst her ex-boyfriend Benny (Corey Hawkins), a dedicated cab controller and one who seems to have never uttered that great age old lie, ‘Your cab is just coming round the corner, sir’ still has the hots for Nina and is keen to rekindle their romance. So as the temperature rises  so do their passions and a winning lottery ticket bought from the bodega  will increase the heat as they try to find who bought the ticket.

There’s plenty of enthusiasm going on here with some excellent set pieces including a routine at the local lido and another that sees them dance up the wall of a building during sunset. But the essence of any musical is the songs and like so many modern  day  musicals they are almost immediately forgettable with no ear worms that will have you singing them in the shower.  In the Heights has little dramatic conflict refusing, and rightly so, to portray the Latino community in stereotypical roles (drug running gangsters, hookers and hoes) and instead this is a wholly positive portrayal with no negative representations which is no bad thing. There is no racial tension here, something that Spike Lee’s seminal ‘Do the Right Thing’ was unafraid to address. Instead In the Heights is bright, vibrant, up beat entertainment yet quaintly innocent too.

Here’s the In the Heights trailer…….