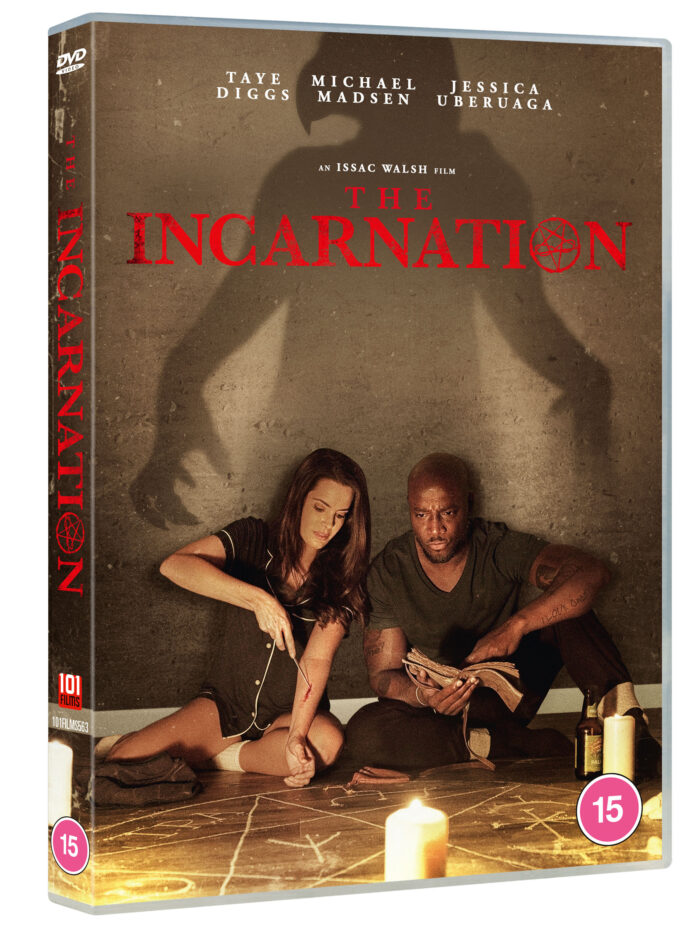 As we all endured lockdown confined to our homes the duration of the pandemic saw many businesses go bankrupt none more so than estate agents so it’s worth reminding ourselves that there were some positives to Covid19. Incarnation follows a young couple Taye Diggs & Jessica Uberuago as a pair of small time property developers who have just bought a house in the San Fernando valley. It’s an odd house – all bizarre angled ceilings and badly thought out rooms – in short it’s the sort of house that ends up being featured on an edition of Kevin McCloud’s ‘Grand Designs – The Ones That Went Wrong!’ But the nightmare house is soon to become a living nightmare for the couple, the first hint of which is Michael Madsen turning up on the doorstep wearing a battered cowboy hat with a face to match and looking he’s arrived six months too early for trick or treat. Madsen was previous owner who lived there with his late father who had an unhealthy interest in the occult. ……so you can see where this is going. 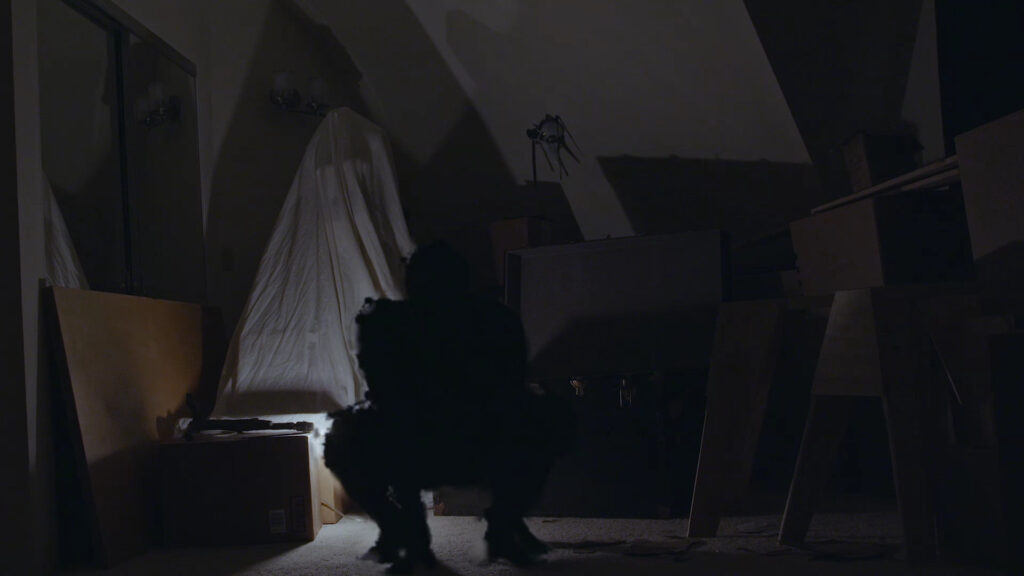 Like anyone moving into a new home they find things in the loft that have been left behind by the previous owner and though here’s it’s not dog eared back issues of Razzle it is something equally unedifying as they discover an incantation book in a sort of nod to The Book of the Dead in the Evil Dead films. With the couple ignoring the rules of horror they start dabbling with the incarnation within the book and its scrawled drawings and gobbledegook writing which might have had them believing they had stumbled across a first edition of Katie Price’s autobiography. The couple soon find themselves drawn into the spells which they have cast finding demons raised and things that go bump in the night. It inevitably turns murderous with the decor enlivened with the paint shade,  Vanilla with a hint of bloodletting.

Much like the superb British horror film, ‘Host’ (reviewed HERE and its director interviewed by us HERE on the AnyGoodFilms you tube channel) this falls into the category of ‘small independent film shot under pandemic conditions’ but Incarnation lacks the inventiveness and downright creepiness that Host so successfully invoked.  Scares are absent and dialogue is stilted and Incarnation is another film that Madsen can add to his ‘will act for pay’ back catalogue