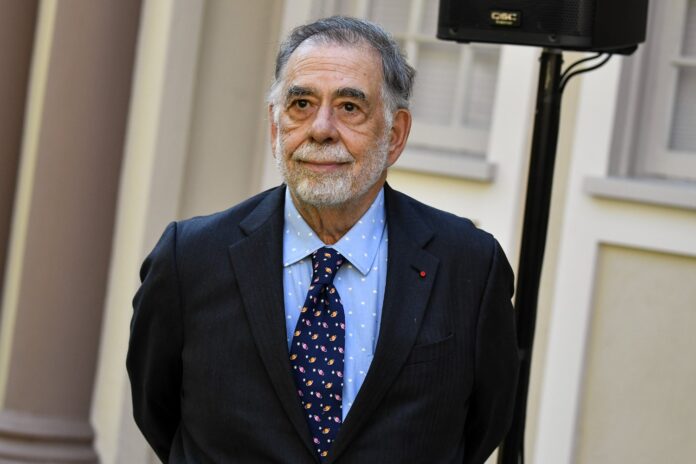 Writer-director Francis Ford Coppola is no stranger to pulling triumph from the jaws of catastrophe. The Godfather saw him constantly on the verge of being fired by the studio, Apocalypse Now was beset with problems that almost crashed the entire film but problems finally overtook his feature One from the Heart which he financed himself followed by The Cotton Club and when the films flopped it pretty much bankrupted him. But his latest and likely final film may be about to do the same.  Is Megalopolis about to face a mega crash?

The Story behind the shot – The Godfather

The sci-fi film is according to sources facing major problems, Featuring an all star cast the film centres on an architect who seeks to rebuild New York City as a utopia after a disaster. Currently half way through the 90 day shoot in Atlanta the film has now lost its Production Designer as well as the entire visual effects team.

Coppola has financed the $120m film himself by selling off his Californian vineyards but the budget is rapidly expanding mainly in the visual effects department and production is  now trying to save costs by moving towards using green screen techniques.

An effects heavy film Coppola fired the entire visual effects team back in December 2022 ( the director did the same on his 1992 film Dracula) and following them has been the production designer and art director who resigned and it is believed this may be due to poor staffing and scheduling issues on the film. One agent has described the set as, ‘absolute madness’.

The film has no distributor at present a deliberate ploy by Coppola so that he could make the film his way without any interference but from reports it seems that this could all end in calamity. And yet the director has form for salvaging troubled productions . Expect a 2024 release….possibly!