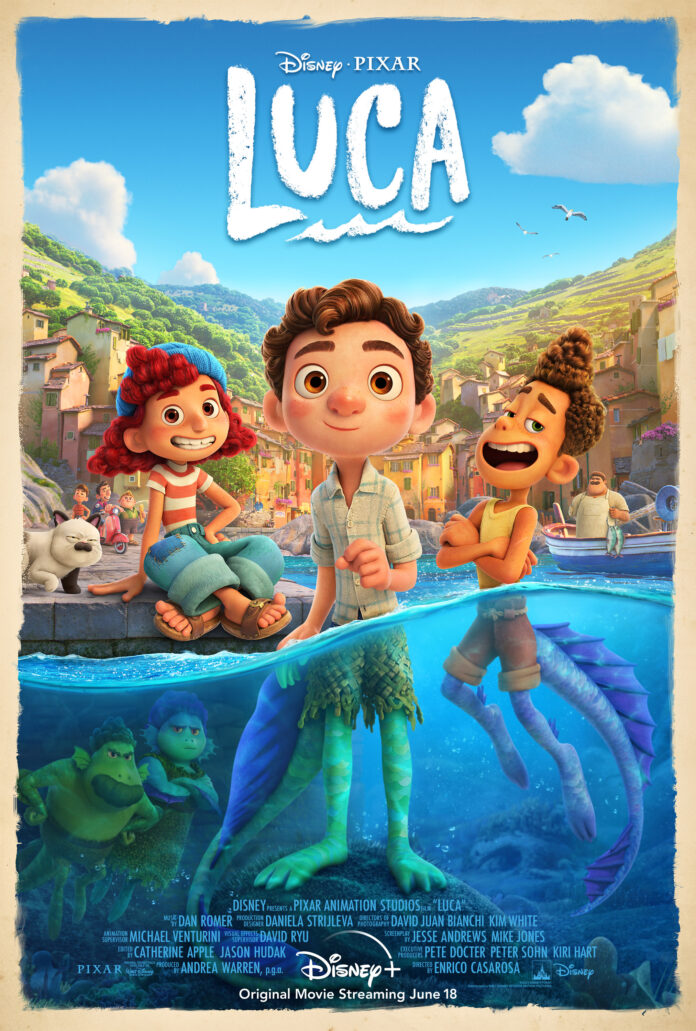 It’s the summer so it’s must be time for a Pixar film and the animation maestros give us Luca set in the summer idyll of the Italian Riviera. Yet the residents of the picture post card setting live in fear and horror of the a monster emerging from the ocean and it is a wholly understandable fear if, like us, they had seen the holiday photos of Gemma Collins emerging from the Adriatic.  Instead the sea monsters are mermaid type creatures equally fearful of what they call the ‘land monsters’ that are the residents of the village on the coast. Luca (Jacob Tremblay ) is one such ‘sea monster’ who drags himself onto the coastline to find that he immediately morphs into a human and befriends Alberto (Jack Dylan Grazer) another ‘sea monster and both bond over their love of Lambretta scooters. It’s their love for the scooters that brings them into contact with the local bully boy who, along with his two friends, wins the villages annual triathlon and the Lambretta prize that comes with it. Determined to end his reign and win it they make friends with local girl Giulia (Emma Berman) who is equally keen to take the crown and deflate the ego of the bully boy. 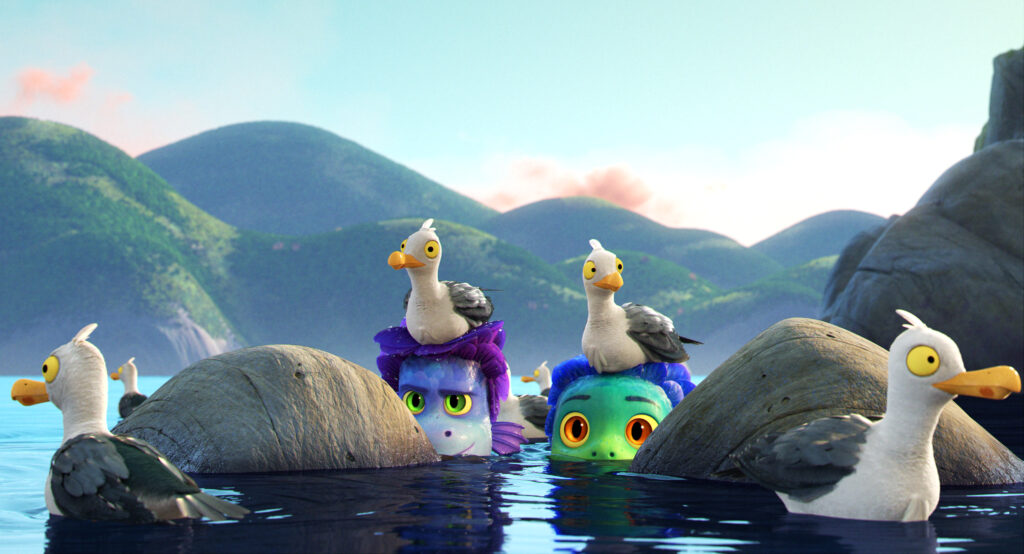 With the film building to the climatic triathlon there’s little more to the story than that and along the way there’s moments where Luca and Alberto come dangerously close to with water that will have them both turning back into their mermen origins which puts both in danger from the villagers, none more so than Giulia’s one armed giant of a father who blames his disability, albeit wrongly, on the sea monsters.  Luca is literally a fish out of water story and much was made about the possibility that Luca could be Pixar’s first film about a gay central character. It isn’t but it’s as easy to see the film’s subtext as fear of those who are different whether it be by race, religion or sexuality as much as it is about friendship and understanding and the challenge of acceptance. 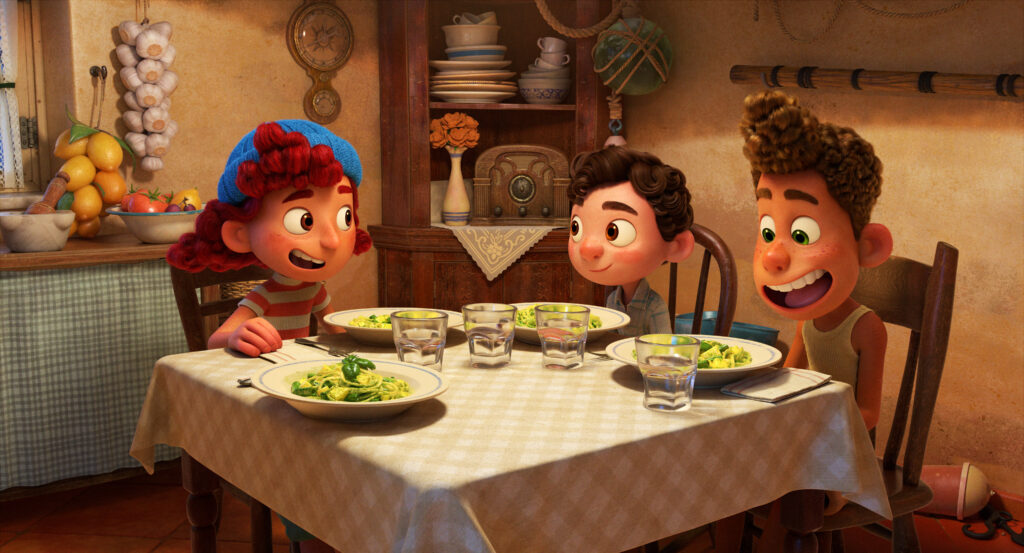 By Pixar standards this is small scale almost like one of their early film such as ‘A Bug’s Life’. The quality of animation is similar and whilst the underwater scenes have none of the quality of the Finding Nemo films the village is beautifully realised  with a level of quaintness normally seen in pasta sauce adverts. Neither epic (The Incredibles) , emotional (Toy Story) or existential (Inside Out) Luca is small, intimate and cheery.