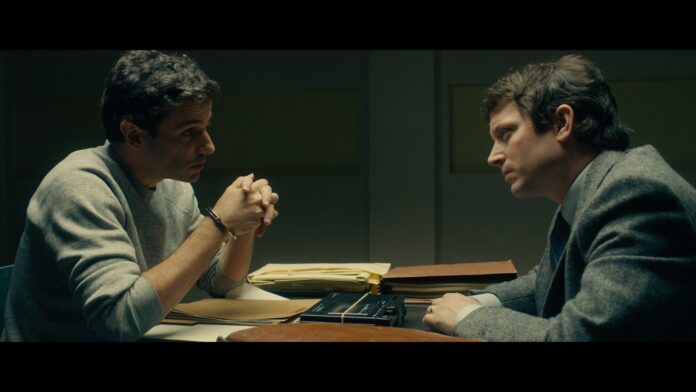 That you should never judge a book by its cover was never more true than with Ted Bundy, a handsome and charming man yet was responsible for an extensive list of horrific murders making him the first serial killer to gain notoriety through the media which became something of a circus as he waited on death row. He spent 10 years trying to appeal, though frankly that’s nothing compared to the lifetime that Amanda Holden has spent trying to appeal to audiences, until his eventual execution in January 1989. No Man of God looks at that period of appeal.

There’s a lurid appeal to these serial killers and Bundy has had almost as many films made about him as he had known victims with the most recent being ‘Extremely Wicked, Shockingly Evil and Vile’ (reviewed HERE) which focussed on his trial where he represented himself,  taking it as an opportunity of  showboating to a legion of besotted female fans willingly oblivious to his murders of women and children. No Man of God takes a different stance, no gloating recreations of the murders here, instead this focuses on 1985 onwards when President Reagan had authorised the beginning of a Behavioural Analysis Unit, a fledgling group within the FBI to profile these type of criminals for future cases. With only five agents in the unit the film picks up with Bill Hagmaier (Elijah Wood) a religious man freely admitting that he fell into working for the bureau whereas he had wanted to be a counsellor. But it is him who volunteers to talk to the reviled Bundy about in an effort to draw up a profile of him. It’s these conversations that form the bulk of the film and were purportedly the inspiration for author Thomas Harris with his Hannibal Lector / Clarice Starling scenes in Silence of the Lambs. 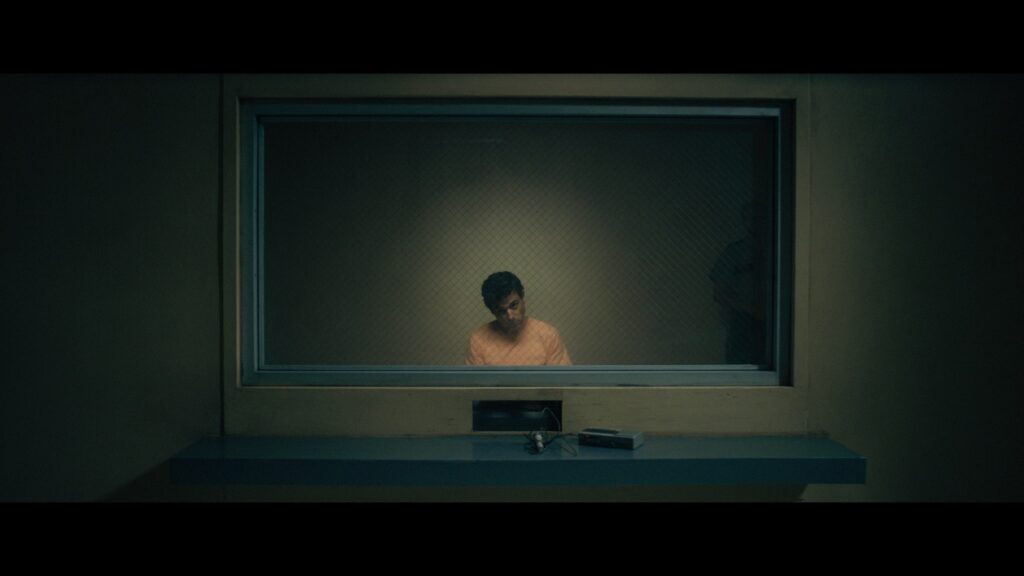 Scripted by Kit Lesser (an alias of C Robert Cargill who wrote the unnerving ‘Sinister’) and is directed by Amber Sealey this is a dialogue heavy two hander and is perhaps better suited to theatre than it is cinema. But this is all about the performances. Wood is all wide eyed and there’s still a feeling that Frodo may well have made it through Middle Earth but Saruman had nothing on Bundy. And its Bundy, played by an excellent Luke Kirby capturing his snivelling cry for sympathy whilst the next moment he’s all charm but with an undercurrent of menace only too  keen to prove his intellectual superiority with his psychology degree yet Wood never lets him bulldoze his way through the interviews that were recorded. 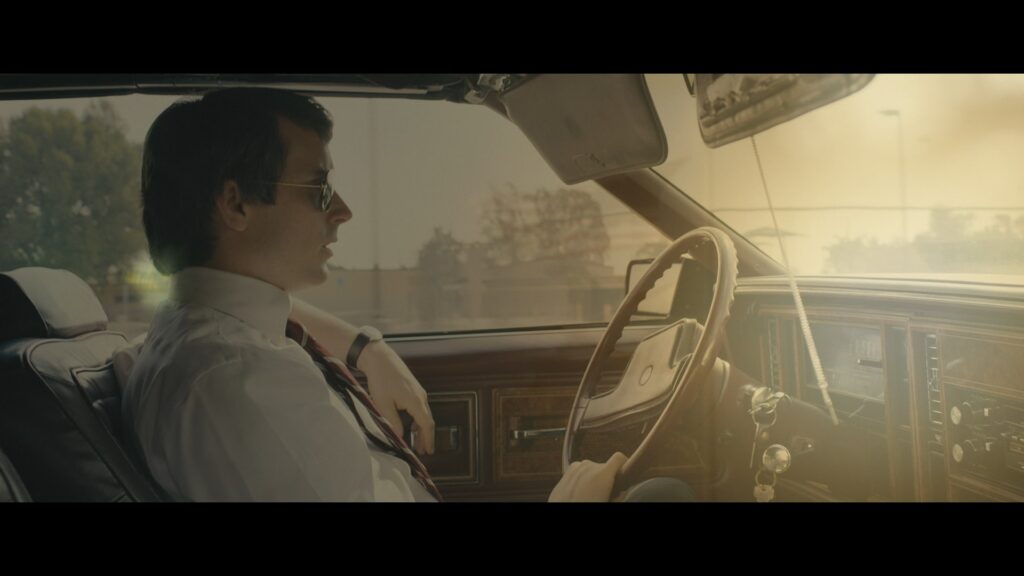 No Man of God does open out a little with a televangelist getting a televised interview with him intent on getting Bundy to admit one thing – that he was driven to his acts by porn – which probably makes every teenage boy in the western world desperate to delete their hard drives – and Bundy knowingly gives him what he wants. Perhaps the most haunting part of that scene is the focus on a young female member of the crew listening to Bundy unsure whether she is appalled or indifferent to what he is saying in much the same way that audiences who have accidently tuned into  Amanda Holden’s radio programme do before tuning in to something more palatable even if its white noise.

Here’s the trailer for No Man of God……..

Win a copy of Peacemaker on blu-ray……