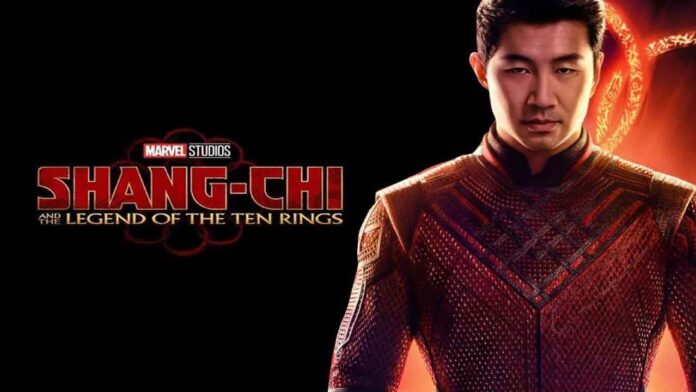 And the Marvel juggernaut continues with the latest superhero to get his first film in the MCU with Shang Chi and the Legend of the Ten Rings which is not as our Editor thought that it was the story of a challenge set for a Far East gay gigolo. Instead we have a prologue of a marauding ancient warrior Xu Wemwu (Tony Leung) having acquired the legendary rings, a set of bangles with magical super powers, that have allowed him to conquer all and sundry making him insurmountable and seemingly immortal. So when the story does move forward to modern times he’s still wearing his coloured bangles, a bit like one of those aging hipsters who never removes their festival bracelets for years on end. But the story having momentarily picked up in 1996 where he falls in love with a powerful female protector of an unconquered village where they have two children each of which go their own way when their mother dies.

It’s the son Shang-Chi (Simu Liu) who we find in modern day San Francisco working as a hotel car valet alongside his best buddy Katy (Awkwafina) except she now knows him as Shaun and there’s a decent gag about his lack of imagination to the thought he put into giving himself a new name.  Content with his life as a valet it all changes in one of the film’s best action set pieces when he is suddenly set upon on a bus by a gang of martial arts men led by Razor Fist with a hand replaced by a hi tech sword and looking like an upgraded Candyman. With an out of control bus plunging down the steep sloped roads of San Fran as Shaun battles for his life with the gang wanting his necklace for reasons yet unknown to Shaun. It is a great set piece and the second brilliant battle-on-a-bus scene we’ve had this year astonishment of Katy it pushes him to locating his sister now running some kind of Fight Club and in turn it reunites  with their father still pining for his late wife convinced that she was kidnapped and still alive. 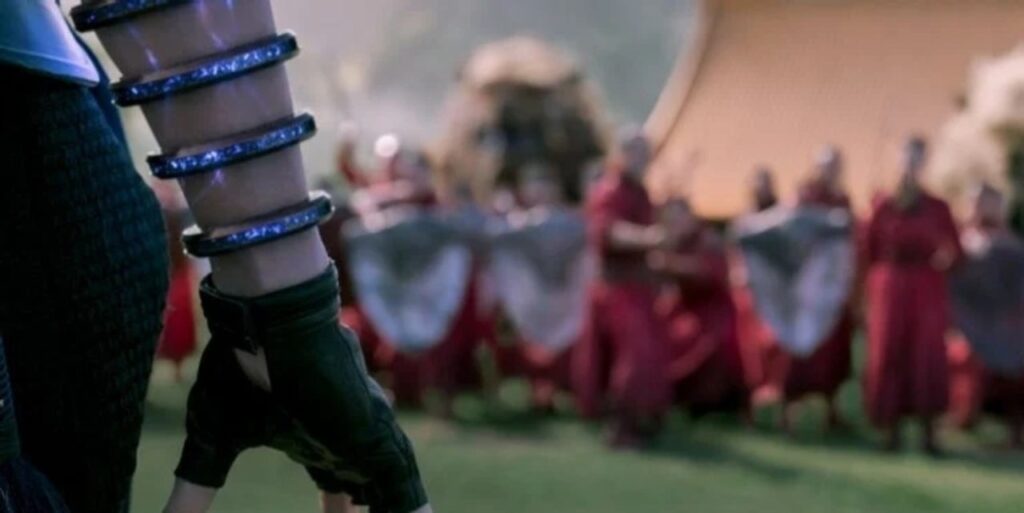 We’re now into the next Marvel phase and the uber producer Kevin Feige has orchestrated a rich interweaving tapestry of story lines and characters and the Ten Rings here harks back to an earlier thread first mentioned in Iron Man 3 but there’s also the unexpected return of a significant character from that film with the film’s best comic moments getting the films biggest laughs.

Directed by Destin Daniel Cretton whose previous films included family drama  The Glass Castle as well as the racial drama ‘Just Mercy’ and its perhaps those two films themes that made him an ideal choice to helm this film which has similar themes too.  It’s not without its problems though and though the  first two acts are very well handled with exciting scenes that also includes a fight on the scaffolding of a high rise building but the film does falter in its third act where it’s the reliance on CGI overwhelms the climatic fight. But for what is a far less well known Marvel character Shang Chi and the Legend of the ten rings is still immensely enjoyable and includes a cross over to Doctor Strange. Of course in what is now a well established best tradition of Marvel Studios there’s the inevitable end credits reveal (and you must stay to the very end to catch it) with a scene that will become significant as we get more Phase 4 Marvel films over the next 18 months.