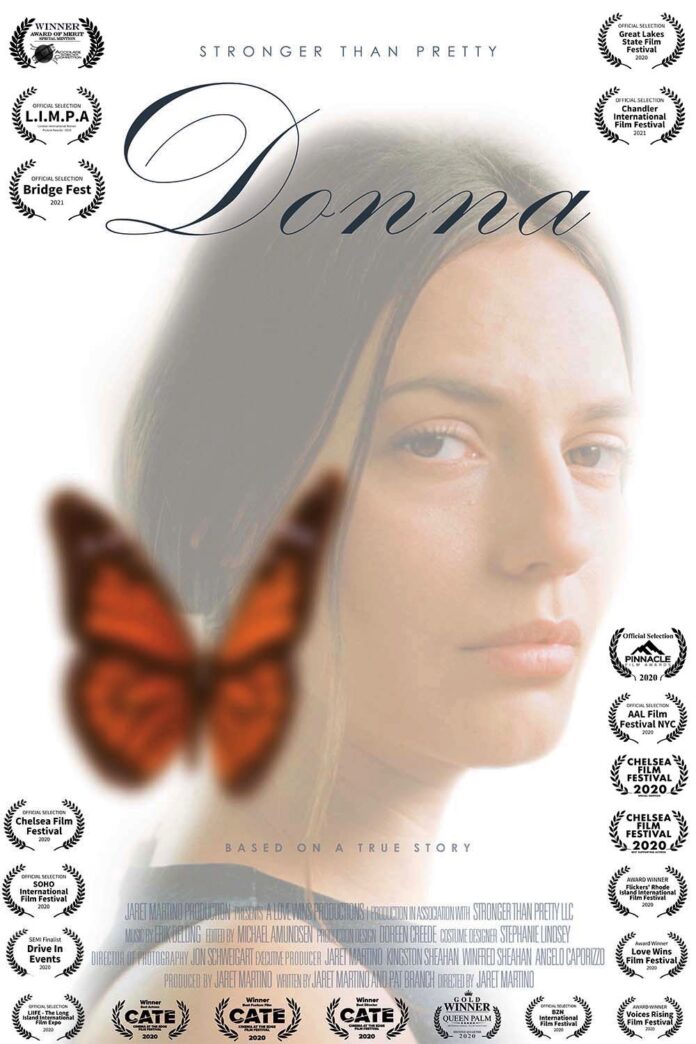 We’ve all been in the dating game where you’re on your best behaviour until you are hoodwinked into getting married and tied into a huge mortgage and finally the fragile facade can be dropped and you can stop holding in your farts…..or so our Editor tells us (‘You’re fired!’ – Ed). For Donna (Kate Amundsen), already a single mum she finds herself whisked off her feet by Nick (Anthony Ficco) one of those overly confident bad boy types that succour women into romance but here he seems that most rare of things, the bad boy who’s really a good boy backed up by a romantic dating montage that wouldn’t  be out of place on The Hallmark Channel. What follows though is more the sort of thing seen on the Judge Judy channel. The indicator is there right from the moment she meets his family when Donna meets her father in law to be, a gruff man already berating his son after bailing him out financially for Nick’s  ‘business’ which is never made really clear until they’re married and then it too late. Because his business is drugs  distribution on behalf of the least convincing drug dealer in town, a meek 20 something with all the authority of a supermarket, ‘best before’ date.

But the married couple have two more children and his ‘business’ is hidden behind some sort of kitchen design shop so it is little wonder it goes awry and he’s banged up which at least gives Donna some relief from his laying hands on her. Nick’s change of character starts almost  the day they were married with him his Jekyll & Hyde character seeing him return to heavy drinking and womanising like he’s auditioning for Love Island.

Straddling three decades this is based on a true story of director Jaret Martino’s mother who manages to extricate  herself from a marriage dominated by domestic violence and it’s a testament to his mum strength of character. But these divorce dramas are an over populated market with the recent Oscar nominated ‘Marriage Story’ showing how powerful they can be. Donna is not an uncommon story of the woman who escapes a life of violence and servitude to ascertain her own independence and a new life for herself  but there’s nothing that really sets this story apart from any other.

Donna is an average woman, Nick is something of a stereotypical macho Italian and the script is not helped by lines such as Nick wailing, ‘I’m running from me!’ – and is the sort of dialogue that wouldn’t be out of place on a US daytime soap opera. The lead performances are decent though they never seem to age over three decades  whilst their kids do as their being played by different actors, though bizarrely at one point the white parents  have a middle child who appears to be mixed race! That the end credits has the real life Donna warning others in a similar situation to have the bravery to get up and leave is laudable its  undermined a little when she meets the actress who plays her in the film. As important a topic as it is nothing that nots been seen before but its sincere if unexceptional.

We spoke to actress Catherine Daddario about the film, her role and her sister Alexandra….