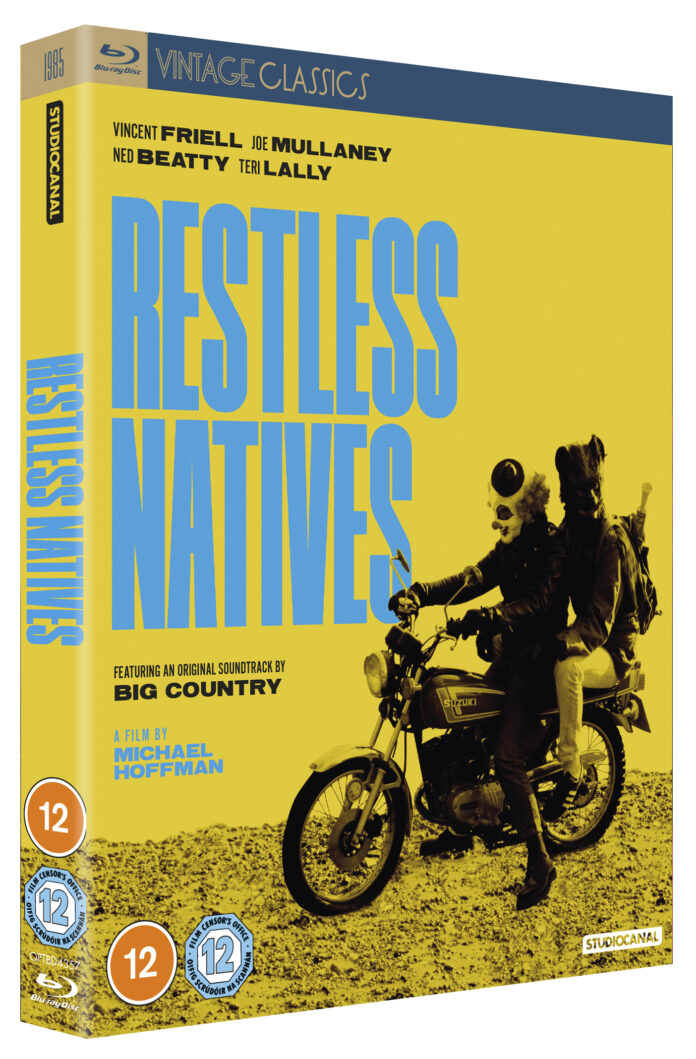 At the 1984 Oscars ceremony a jubilant Colin Welland, the  ‘Chariots of Fire’ screenwriter clutching his statuette aloft told the gathered stars that, ‘The British are Coming!’. The invasion lasted about as long it took for him to utter those words and 1985’s disastrous, ‘Revolution’ starring Al Pacino pretty much put the death knell on the British film industry. But Scotland was a different matter altogether and it was led by one man: Bill Forsyth,  who had achieved acclaim with several small low key and decidedly Scottish films starting ‘Gregory’s Girl’ quickly followed by ‘Local Hero’  then 1984’s ‘Comfort & Joy’.  Riding the crest of that Scottish wave would be 1985’s ‘Restless Natives’.

The film had been written by Ninian Dunnett who had been working on the script as a hobby before he entered it for a young writer’s competition which he won.  Despite the win it still needed work and was expanded to a 90 minute script before it was fielded to various financiers where the now defunct EMI picked it up. Into pre-production it went with actor turned director Michael Hoffman helming. 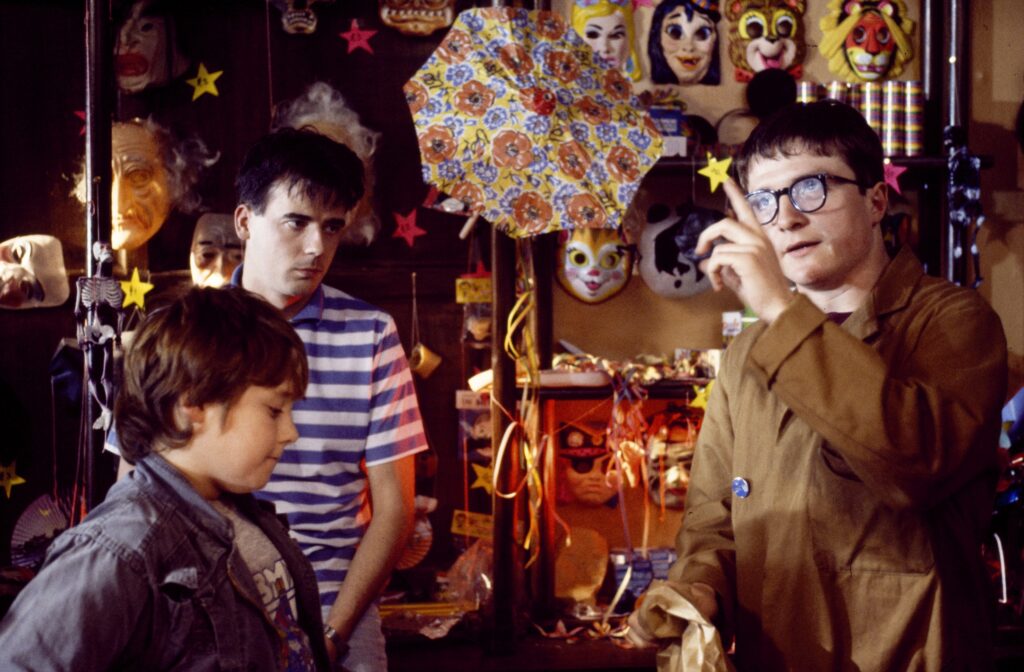 Restless Natives followed two Scottish lads Will (Vincent Friell) and Ronnie (Joe Mullaney) in dead end jobs becoming folks heroes when they start holding up tourist buses using novelty items from the joke shop that Will works in. The pair soon become folk heroes and a tourist attraction themselves until a holidaying CIA agent, Bender (Ned Beatty) on holiday starts putting pressure on the inept local police to capture the duo. And when local gangster Pyle (Mel Smith) decides he wants a piece of the action things quickly begin to close in on the pair. 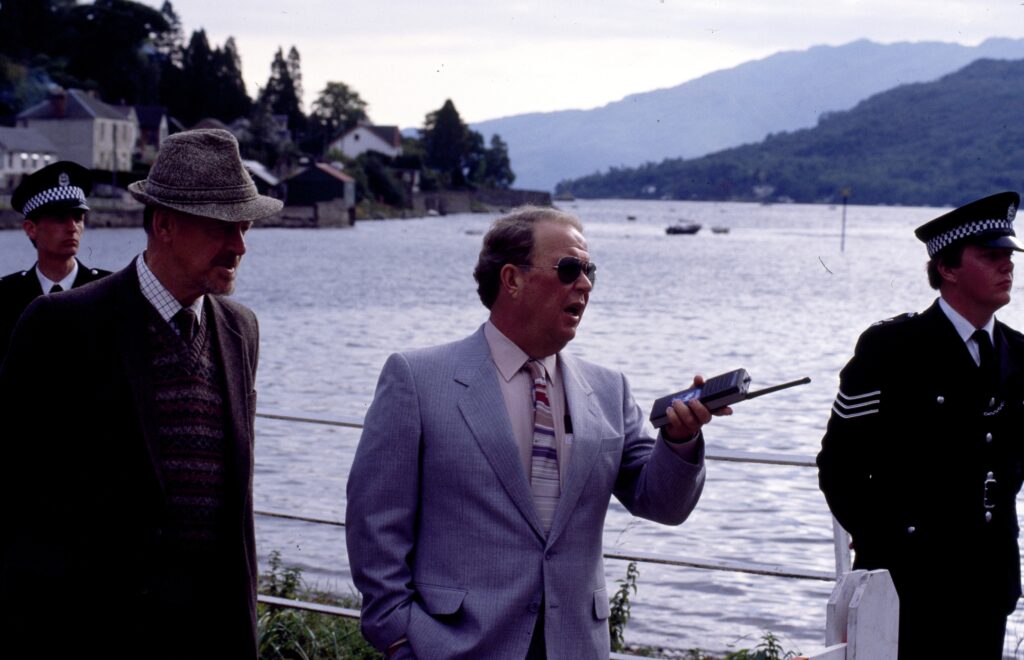 The film with its little known leads were bolstered by a supporting cast of names and like Local Hero with Burt Lancaster, Restless Natives hired the US actor Beatty as the interest for the American market though director Hoffman was an American too. But household names also included Mel Smith best known for the influential satirical sketch show ,‘Not the Nine O Clock News’ but had actually been a theatre director prior to that and joining him also was Bernard Hill , a star signing after barnstorming role in pivotal TV drama ‘Boys from the Blackstuff’, a role that would overshadow everything else he did for years. As love interest the film had actress Teri Lally, a pretty young actress in her first lead role with something of the Sheena Easton’s about her. 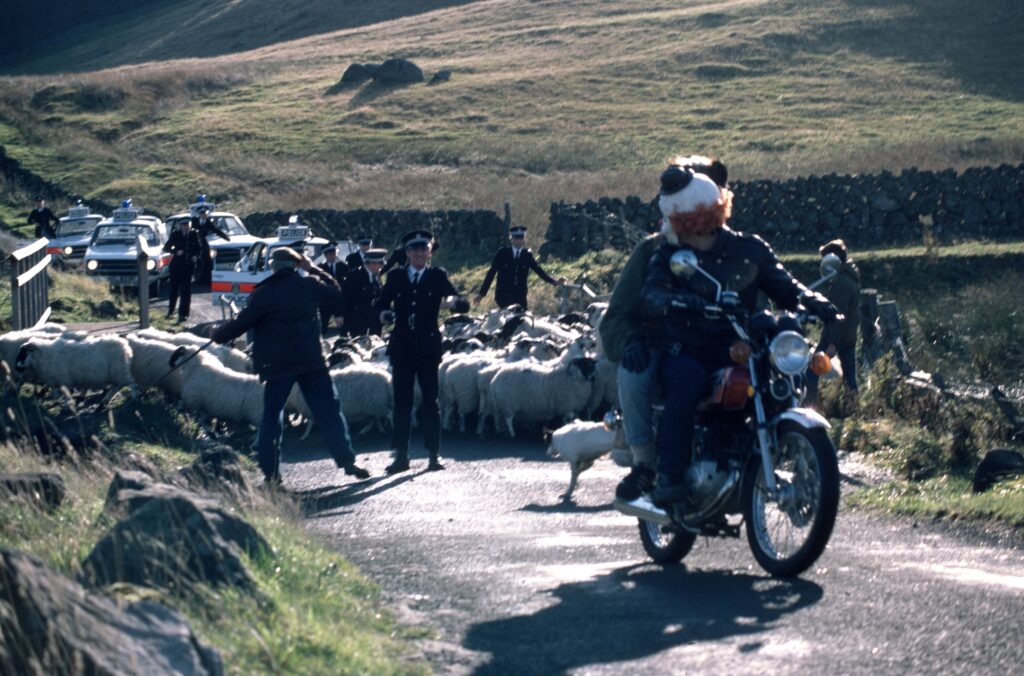 Perhaps the other character in Restless Natives is the Scottish Highlands themselves with the film featuring the Scottish landscapes that are impossible to look anything less than stunning. But with filming taking place in September & October they suffered the inevitable turmoil of regular rainfall though in fairness many of the exterior scenes are sunny and upbeat in keeping with the nature of the film. Much like Bill Forsyth’s films , Restless Natives has two enjoyable central performances with quirky scenes and a blistering soundtrack from Scottish rockers Big Country led by the late Stuart Adamson, an important figure in Scottish music scene having  formed The Skids previously. It’s the soundtrack that further adds to the films uniquely Scottish feel which perhaps only Simple Minds or better still the late great Billy Mckenzie and The Associates could have achieved. 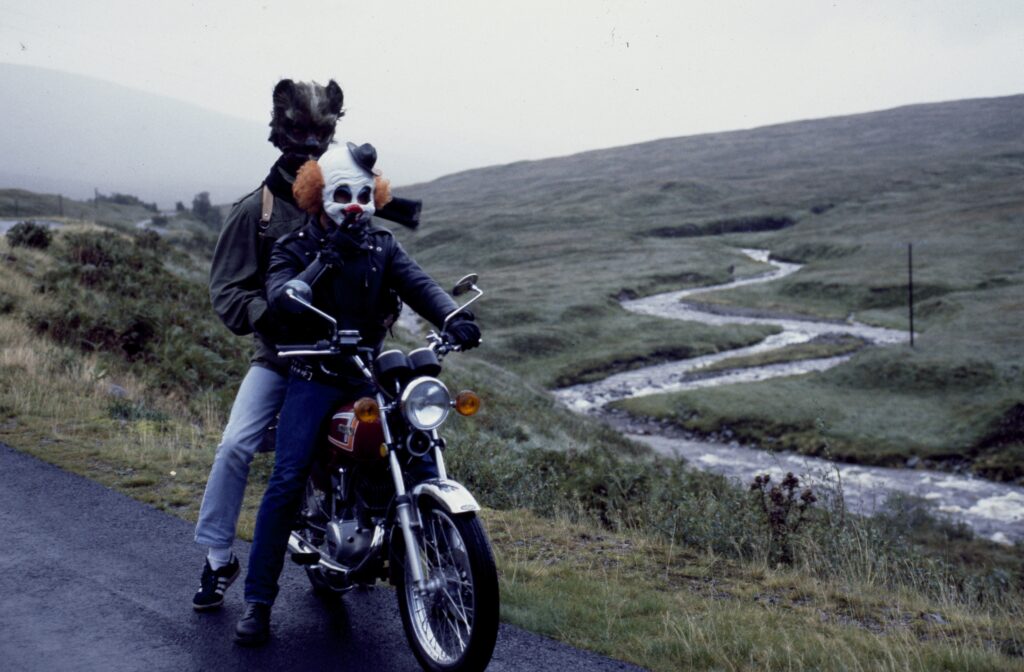 Unfortunately Restless Natives  was not well received on release in a pre-internet moment in time when there was only Barry Norman’s Film show and the national press to rely on. Like so many films it went on to gain a keen following on VHS and James McAvoy is a big fan of the film as is perhaps more bizarrely, Jack Black who wanted to do a US remake of the film which has since floundered. Yet despite that Restless Natives – the musical is currently being developed.

Now on Blu-ray & DVD the film has been given restoration treatment as well as several bonus features that includes a hugely enjoyable directors commentary with the writer and producer joining him with a load of great anecdotes. Added to this is a retrospective on the film with both lead actors barely recognizable as the young men they are on screen.  And there’s a feature on the Big Country soundtrack too that reveals how close they band came to almost not doing it.  Restless Natives was one of those underdog stories with a sly undertone of proud defiance towards Thatcher’s era of politics but on the surface is one of those enjoyable low key gems