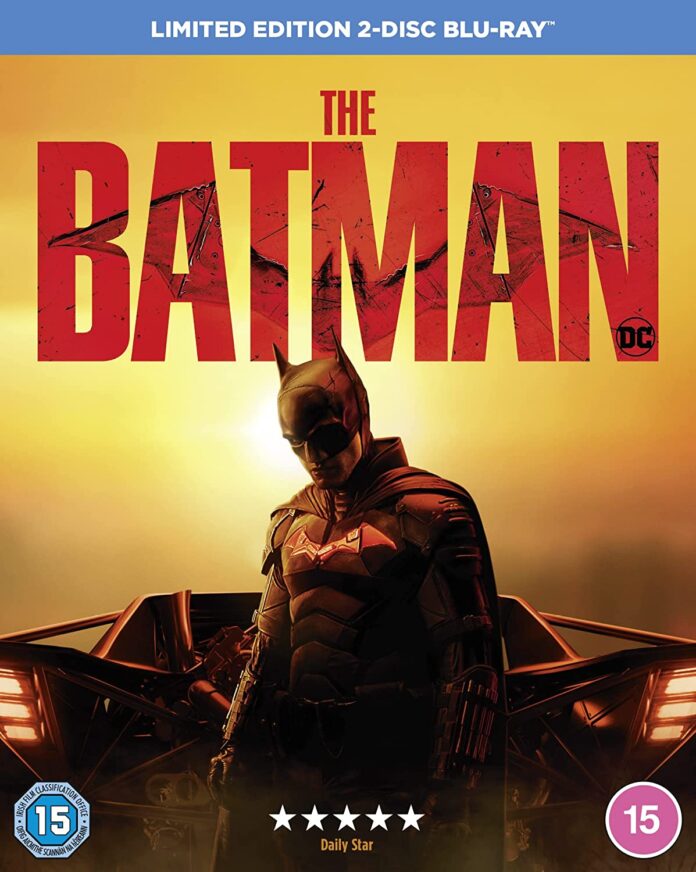 Since Tim Burton’s 1989 Batman film there’s been a variety of actors taking on the role and directors helming the various films that ranged from the campiness of Joel Schumacher’s to the big budget extravaganza of Christopher Nolan’s billion dollar breaking trilogy. It was Nolan’s sombre, serious take that saw Warner approach director Matt Reeves who was finishing off his final Planet of the Apes film in his own trilogy to come in for a meeting. It was a meeting that he wasn’t interested in taking until his agent told him what it was about and quickly saw the director at the execs office and accepting the writing and directing of a new Batman film that had been vacated by Ben Affleck (read about it HERE). Reeves ‘ape’ franchise had proved he could handle the material and unlike several of the previous incarnations this saw him return to the DC comics source material. DC or Detective Comics had Batman, not as some superhero, but as a detective and it was this aspect combined with a film noir feel that was what Reeves decided to do. However it was his casting of Robert Pattinson that surprised many despite the actor having branched out into far more serious fare than his Twilight films and the actor found himself auditioning for the role a mere two days after finishing work on Christopher Nolan’s Tenet.

It’s story picks up more than a year of stalking the streets as the Batman (Robert Pattinson), striking fear into the hearts of criminals, has led Bruce Wayne deep into the shadows of Gotham City. With only a few trusted allies—Alfred (Andy Serkis), Lt. James Gordon (Jeffrey Wright)—amongst the city’s corrupt network of officials and high-profile figures, the lone vigilante has established himself as the sole embodiment of vengeance amongst his fellow citizens. When a killer targets Gotham’s elite with a series of sadistic machinations, a trail of cryptic clues sends the World’s Greatest Detective on an investigation into the underworld, where he encounters such characters as Selina Kyle (Zoë Kravitz), Oz, aka The Penguin (Colin Farrell), Carmine Falcone (John Turturro), and Edward Nashton/aka The Riddler (Paul Dano). As the evidence begins to lead closer to home and the scale of the perpetrator’s plans becomes clear, Batman must forge new relationships, unmask the culprit, and bring justice to the abuse of power and corruption that has long plagued Gotham City. (read our review HERE)

Filming on what would now be titled The Batman began in January 2020 and was one of several intended blockbusters that quickly found itself shut down a couple of months later due to the global pandemic. It  put the production on a hiatus for six months during which a member of the crew died from covid-19 before resuming with the film eventually wrapping in March 2021. Consequently its release date was pushed back from the intended October 2021 release to March 2022. Reeves has said that the film plays like a Batman Year Two to the ground breaking Batman Year One graphic novel and the film was hugely anticipated being one of the first blockbusters whose shoot had been disrupted to be released. Reeves noir version of a detective story was of epic length but audiences lapped it up to the tune of $770m worldwide – impressive for a film when audiences were still tentatively returning to the cinema.

The Batman blu-ray (also released on DVD & Digital Download ) is a two disc release with the first disc being the epic near 3 hour long film and has a gleaming transfer that captures the colours and hues of the film but for fans of the film it’s the second disc that will attract moist attention with its wealth of bonus features:

Each offering an insight into the various aspects of the film and  ‘Vengeance in the making’ being a lengthy look at the films shoot. Pattinson is impressive, perhaps unexpectedly so, and both Paul Dano and Colin Farrell are exceptionally good. It’s perhaps only Zoë Kravitz who slightly underwhelms in a role that has had Halle Berry and Anne Hathaway on the big screen and yet its only Michelle Pfeiffer that really stands out in the role  remaining the best and most striking incarnation. Some of the bonus features are of a standard EPK type but the featurettes on the car chase, the wingsuit sequence, the Penguin’s transformation and the Batmobile are best. But then there’s the deleted scenes. Now normally these are a handful of scenes that have rightly been on the cutting room floor but The Batman blu-ray has two deleted scenes of which the one that fans will want to see if that set in Arkham Asylum where Batman visits what is called in the credits ‘The Unseen Prisoner’ which reveals far more of the appearance of the character than seen in the theatrical release with the full gnarly make up designed by the same team that did Farrell’s Penguin.

Warners Batman discs have always been done well right from Burton’s version and  Nolan trilogy especially were well served by the blu-ray format and storage capacity and The Batman blu-ray is no different with an extensive array of  bonus features but perhaps the most glaring omission which die hard fans might want is a directors commentary  along with the Pattinson and Dano joining in. Nonetheless The Batman blu-ray is something of an essential addition for every DC fan.

Read about Colin Farrell’s appearance in The Batman HERE

Read how Paul Dano came up with The Riddler costume HERE