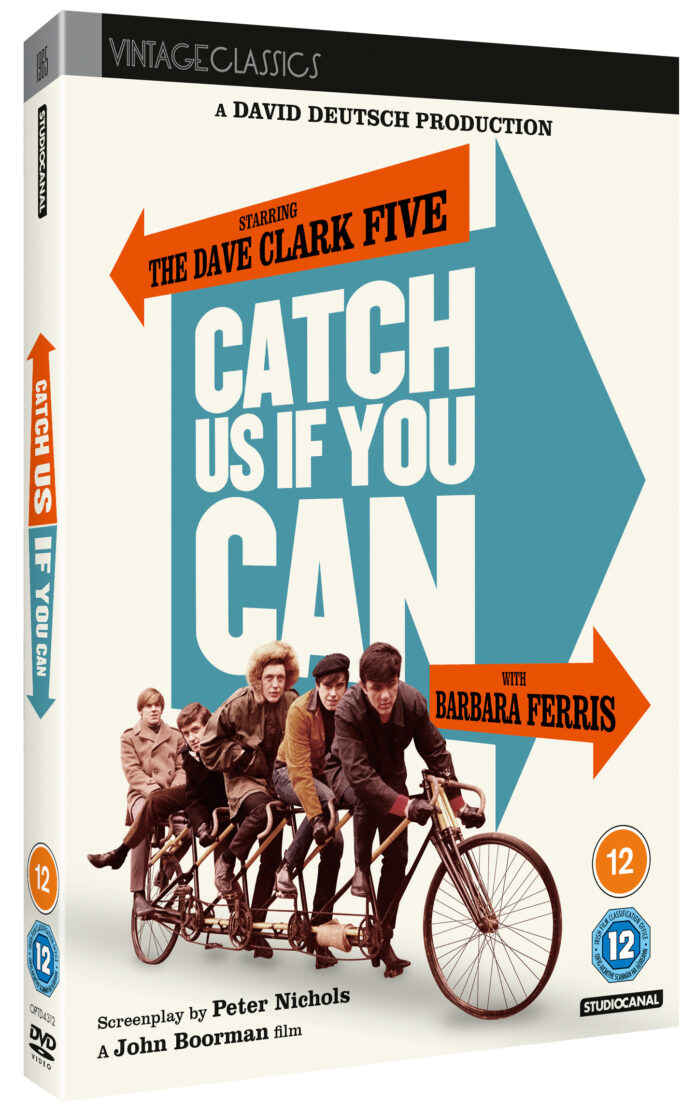 By 1964 The Beatles were already a phenomenon and their popularity was further assured by the release of A Hard Day’s Night a groundbreaking film in its own right directed by Richard Lester. It’s huge success meant that other bands of the day wanted in and The Dave Clark Five were one such group who set themselves up as a counterpart to the Mersey beat with what they described as the Tottenham sound and had knocked the mop tops, ‘I want to hold your hand’ off the No 1 spot with,  ‘Glad all over’. Having also successfully followed The Beatles over to the US it was felt that they should have a film too. That film would be 1965’s Catch Us if You Can or ‘Have a Wild Weekend’ as it would be known in the US for copyright reasons. 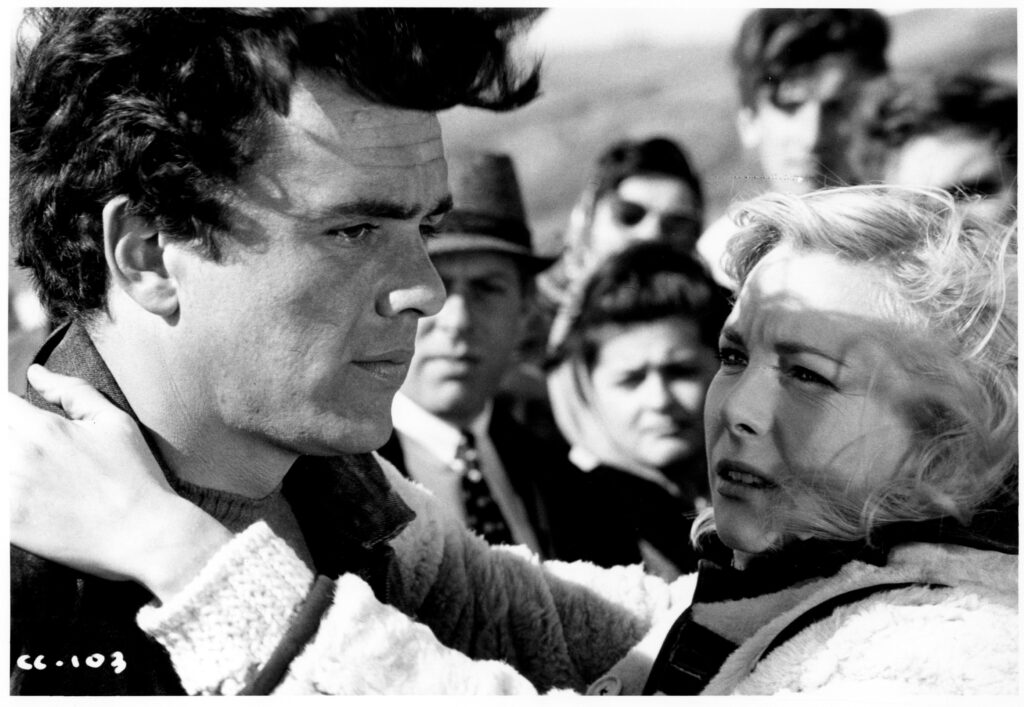 Catch Us if You Can would be a big deal for the Dave Clark Five as well as its fledgling director John Boorman, who saw it as his ticket to a Hollywood studio contract, and also fledgling playwright  Peter Nichols who would go on to huge stage success with future plays.  Much like A Hard Day’s Night it’s story would be disjointed and shot in a ragbag of styles. The film saw the band playing a bunch of stuntmen / extras hired by a corporate advertising agency to appear in an ad campaign for meat fronted by the model Dinah (Barbara Ferris). It s during the filming of the commercial that stuntman Steve (Dave Clark) would abscond with a stolen E-type jaguar with Dinah and the pair would make their way across a wintry southern England towards an island that Dinah plans to buy with the proceeds of her modelling career. This act of rebellion is cynically exploited for publicity by the ad execs behind the meat campaign who dispatch two gangsters to pursue the fleeing couple who have encountered a commune of hippies squatting in a MoD building on Salisbury Plain where they encounter an eccentric couple as well as Steve’s boyhood hero. It all comes to a low key almost down beat climax. 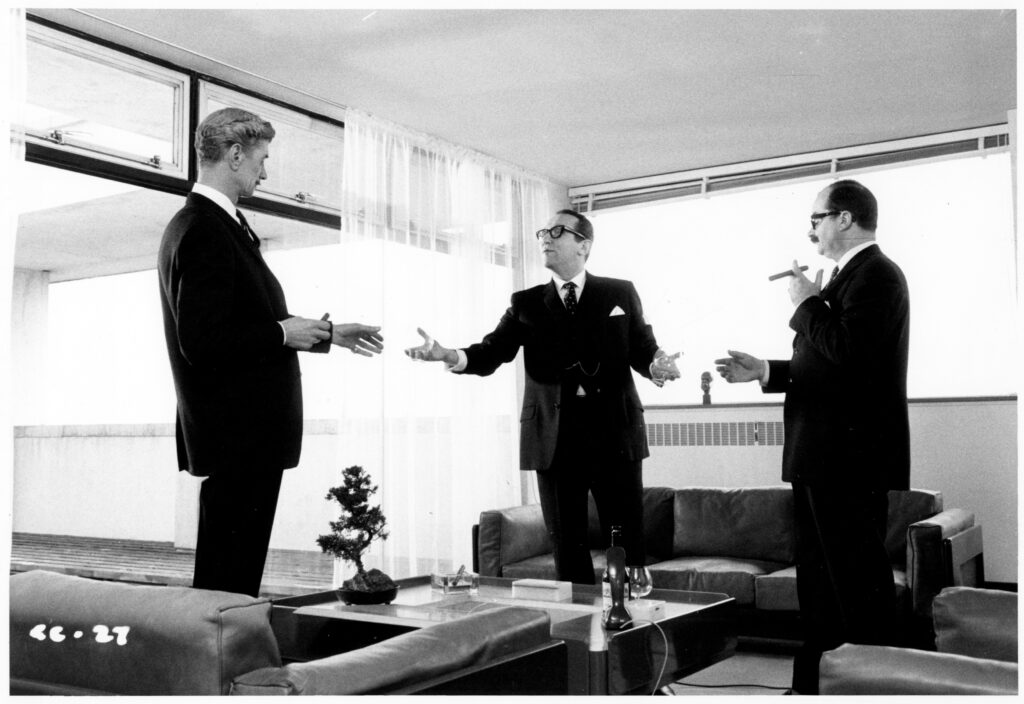 Catch Us if You Can is the oddest of tales with swings in mood and style and though it was meant as a showcase for the band it is Dave Clark who takes the lead and halfway through the film he is increasingly sidelined in favour of Barbara Ferris. They band were unusual insofar as they were very much of Clark’s design, who himself had previously been a stuntman before forming the band in his name despite him being the drummer and in fairness what was the chance of The Beatles being known as the Ringo Starr four? But he was also the business mind behind striking deals so that he controlled the master recordings as well as sharing many song writing credits meaning that he previously became wealthy. The film was a modest hit but didn’t make the impact that their rivals had with A Hard Day’s Night which stood the test of time with its style proving highly influential  even to this day. 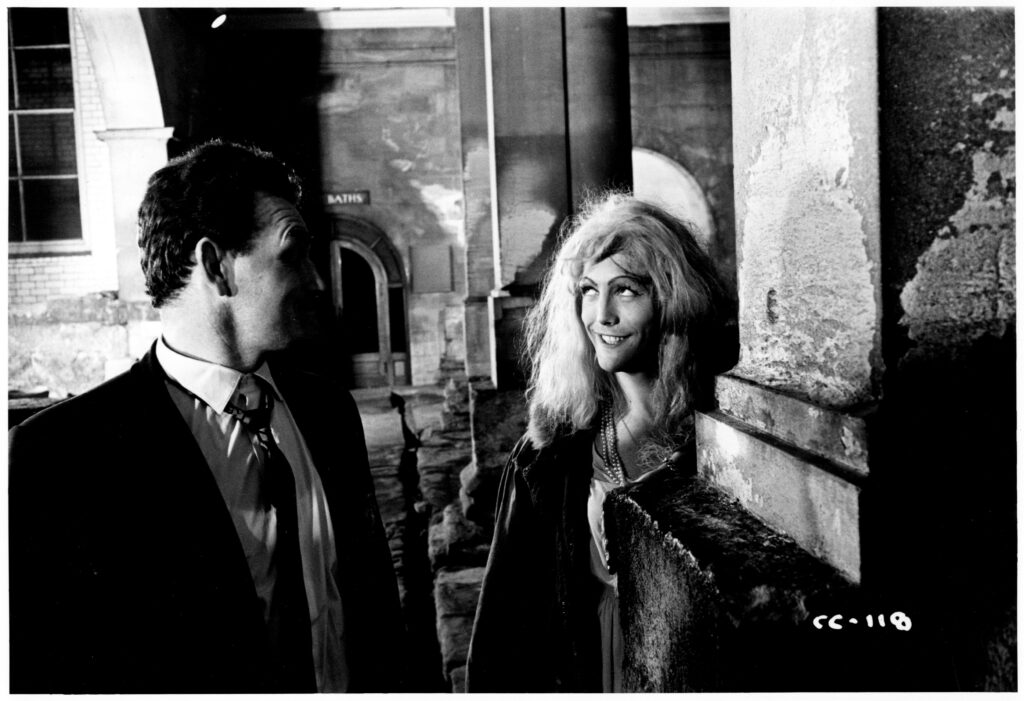 Now on Blu-ray , DVD and digital Catch Us if You Can is a bit of a rarity and is part of the Vintage Classics series but sits uneasily alongside true classics in the series such as Kind Hearts & Coronets and Don’t Look Now. The disc has a interview with film historian Matthew Sweet who dresses a little like a children’s presenter but gives an informative back ground to the film. There’s also a brief interview with screenwriter Peter Nichols and somewhat bizarrely an interview with the films set dresser Ian Whittaker who provides some highly engaging stories from behind the scenes. 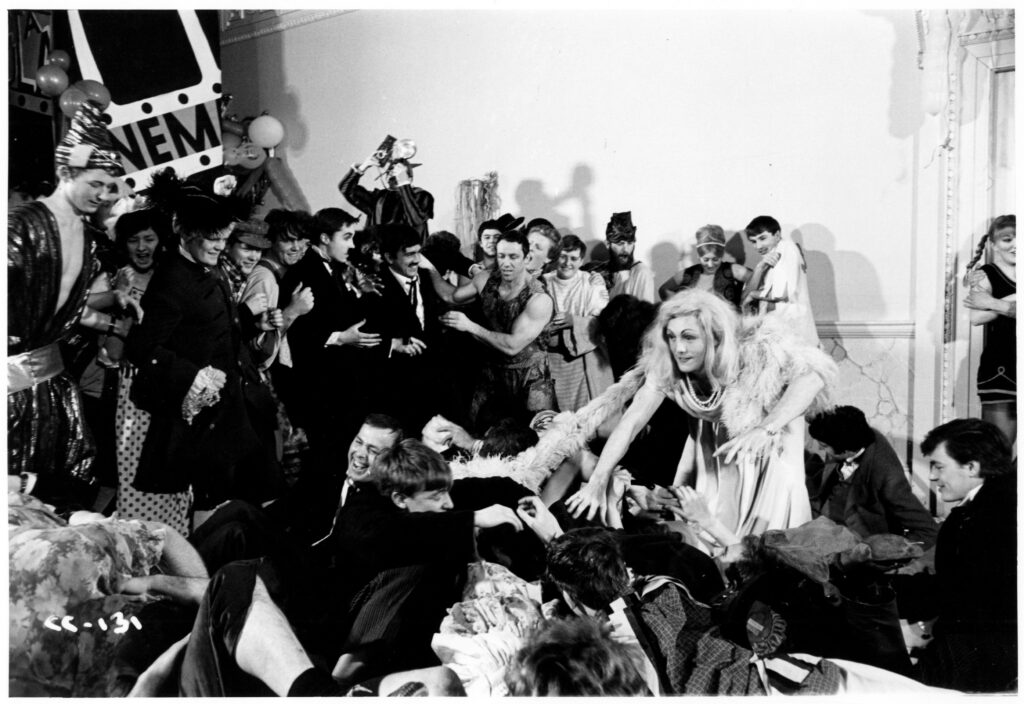 Running only 91 minutes the film is more of a curio than anything else but is a glimpse into a long gone pop era that has now been surpassed by slack jawed chancers auditioning on TV claiming to be doing it for their dead Grandma (who is usually still alive but dies from embarrassment soon after watching their grandson caterwaul his way through, ‘She’s the One’).

Here’s the Catch Us if You Can opening credits……..