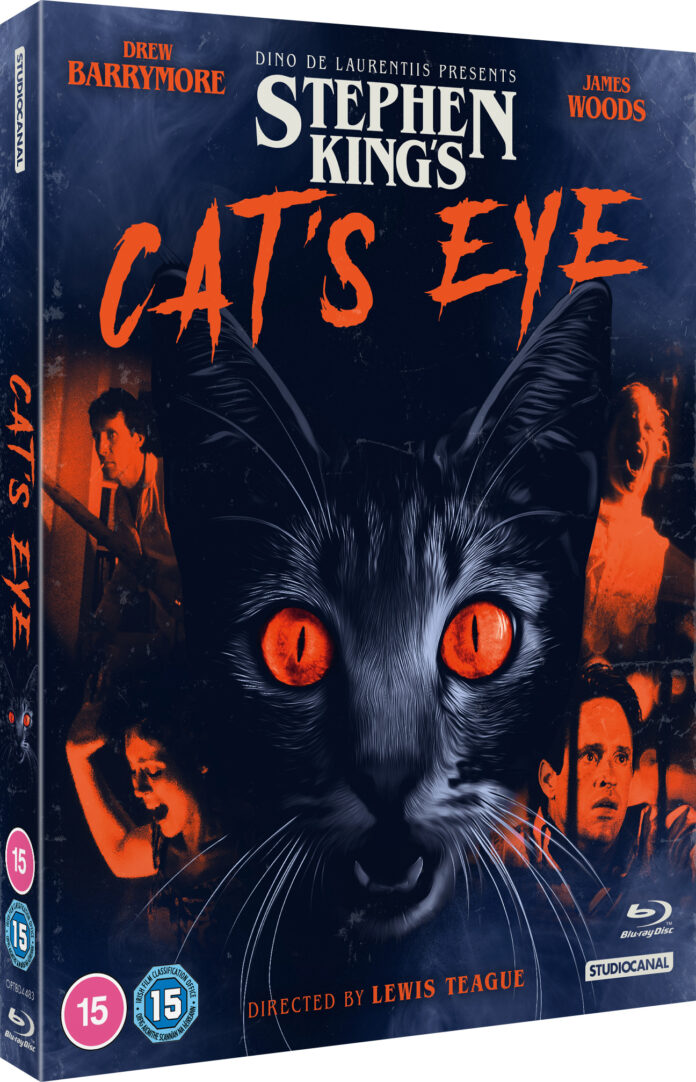 By the mid 1980’s Stephen King’s reputation as a best-selling horror writer was secured and Hollywood was clambering to option his new books before they were even published. Brian De Palma’s 1976 adaptation of ‘Carrie’ had put both King and De Palma on the map and this was followed by Salem’s Lot which freaked out a generation of TV viewers and The Shining had seen one of the world’s greatest director make his most commercial film as well as one of the most revered of horror films. But with King having made loveable dogs a thing of fear with 1983’s Cujo he then turned his attention to our feline friends with 1985’s Cat’s Eye.

It would be his second stab at screenwriting after 1982’s Creepshow and like that film Cat’s Eye would be an anthology of stories made up of three tales interconnected by the cat of the title. The first and probably best story had James Woods signing up with an agency in a bid to help him stop smoking, the second would have Robert Hays forced at gun point by the husband of the wife he is having an affair to take life threatening and the third story and the most ridiculous saw Drew Barrymore tormented by a troll like creature living in her bedroom skirting board and trying to suck her life oxygen out of her as she slept.

All of this would be orchestrated by director Lewis Teague who had become known as a bit of an animal director having helmed the gloriously bonkers creature feature ‘Alligator’ (which is well worth seeking out) and King’s own ‘Cujo’ and the writer was keen for him to helm this latest film where a cat would have to be ‘directed’.  As it was Cat’s Eye played very much like an extended version of Roald’s Dahl’s ‘Tales of the Unexpected’ whose twist-in-the-tale stories proved extremely popular on TV. Here though the three tales rather than get better as each one played out got increasingly daft and perhaps unintentionally comic. 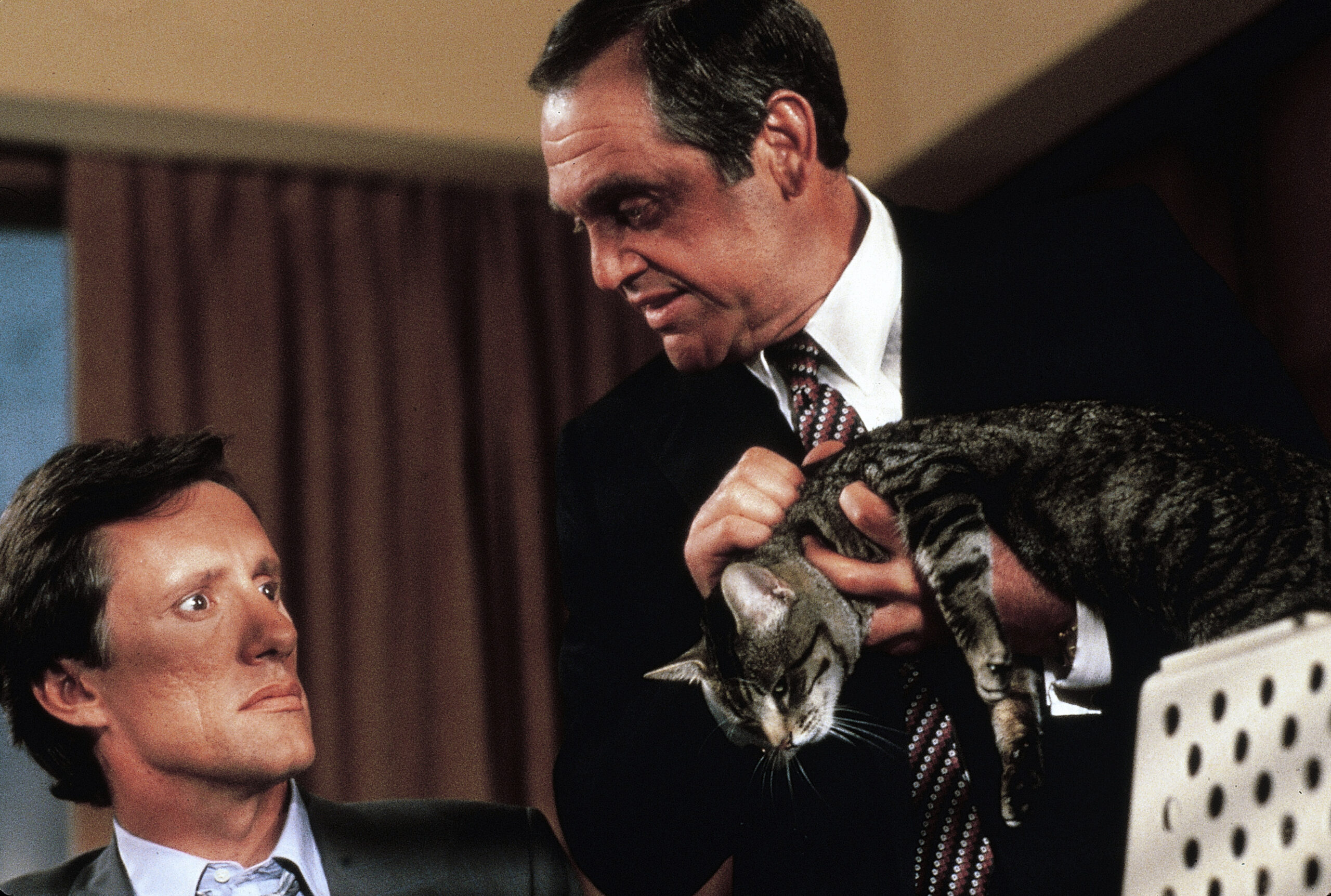 All of these are decent features with Lewis Teague commentary giving an insight to the difficulty of filming animals and the necessity of excellent animal trainers and his stand alone interview reveals the details behind the original prologue which had Patti Lupone shooting up her house in an effort to kill the cat of the title. The studio found it understandably too over the top and instead went for the cat getting accidently shunted around the US by van and boat. The interview with Robert Hays, though a little on the long side, is full of anecdotes for an actor who still to this day is best remembered for the incomparable and influential comedy ‘Airplane!’ And of course with a film featuring a cat there’s got be a featurette on the animal trainer who managed to get a cat, the most independently minded of pets to follow direction.

There was still an appetite for film adaptations of Kings books and Cat’s Eye made $13m worldwide but this was significantly less than Creepshow and Cujo’s $21m gross. Though Cat’s Eye is far from one of Stephen King’s best films it’s the bonus features that take it up a notch.