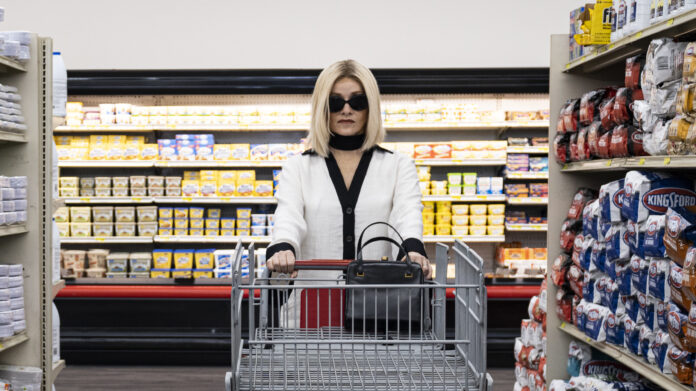 Rather than the expected biography of the woman behind the man who invented cream crackers Jakob’s Wife  is Anne (Barbara Crampton) whose husband is preacher Jakob (Larry Fessenden) who opens the film sermonizing about the role of husbands and wives to his congregation. Loyally sitting there Anne is the obedient wife stuck in a passionless marriage. Until an old flame Tom (Robert Rusler) arrives in town and her old self and old passion are quickly rekindled. Although quite why that would be when he chooses to take her up the old barnhouse (not a euphemism) where they quickly fall foul to voracious vampire, The Master, looking like a dentally challenged escapee from a burns unit.

But whereas Tom won’t live to tell the tale Anne will and The Master’s bite reawakens her former vivacious self  but now with a lust for blood turning her from a dowdy parishioner to a woman swanning round the supermarket meat counter whilst wearing huge shades & designer outfits and looking like a haemophiliac Audrey Hepburn. With a neck ravaged like that of a love locked teenager the blood soon begins to spurt and the bodies pile up and it’s her husband who is soon to become a late night snack. But as a Man of God his job is to fight evil so in order to save Anne they must embark  on a mission to murder the Master the barn dwelling vampire  ever wary of sunlight which might explain why the make up dept appear to have him wearing what looks like an avocado face mask. 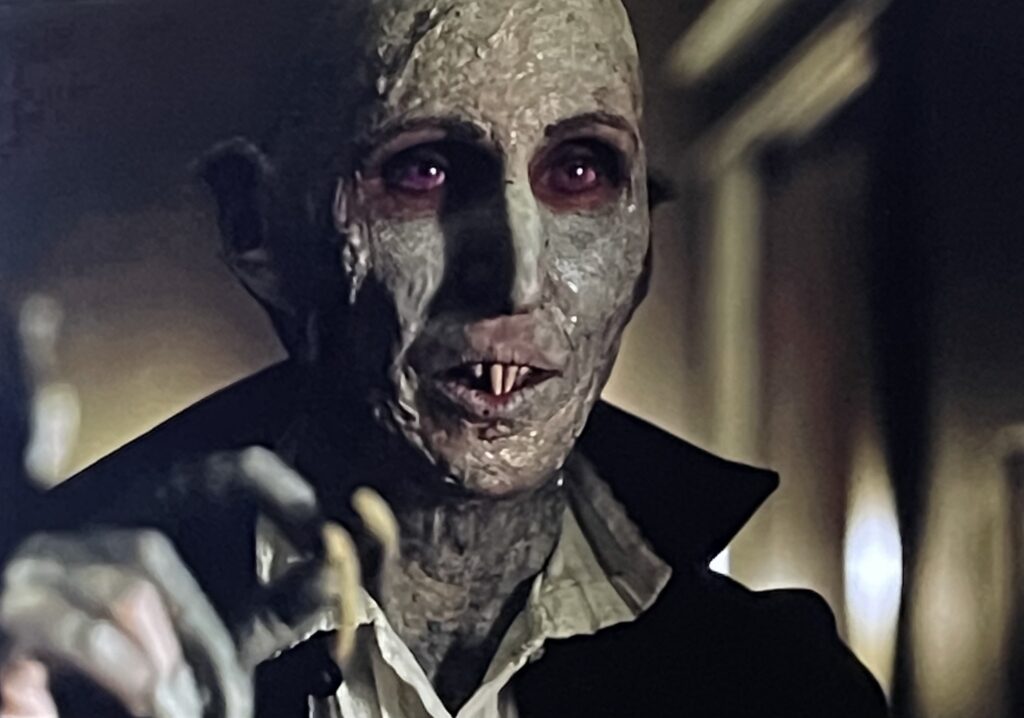 Barbara Crampton is one of the great modern scream queens and Jakob’s Wife firmly remains in the B-movie genre she has made her own and she has quite the time quaffing glasses of blood , shredding necks and vomiting plasma. But beneath the surface of a vampire movie there’s a bit more with its sly commentary on marriage and ultimately is something more about female empowerment. Jakob’s Wife emerges from her shell to become confident and knowing exactly what she wants as the film builds to its bloody climax as she spits out the line, ‘You don’t know how to fight for me because you’ve never done it!’ There’s enough gore here to satisfy genre fans and for fans of Barbara Crampton Jakob’s Wife won’t disappoint.

Here’s our interview with Barbara Crampton……