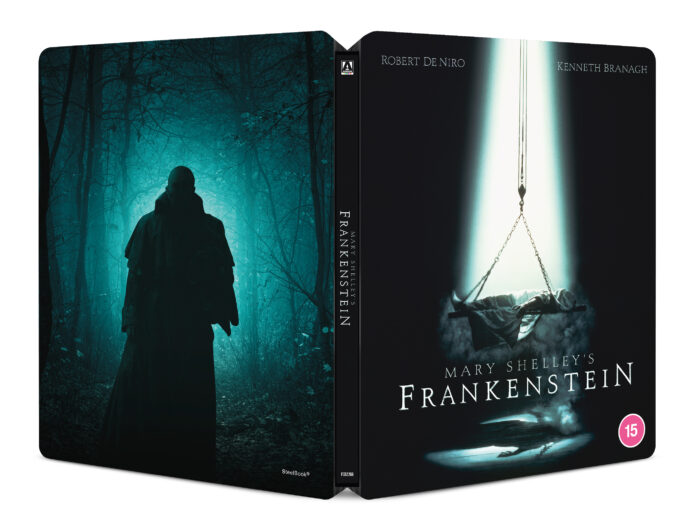 After the success of Francis Ford Coppola 1992 version of Dracula the studios were looking for further classy classic monster movie adaptations and Frankenstein was the obvious choice. Coppola thinking it would make a good companion piece then changed his mind and decided to take a back seat and produce instead (bizarrely the next film he would helm was the 1996 Robin Williams saccharine fest ‘Jack’!). It would fall instead to Kenneth Branagh who had four feature films to his name as director, two of which were Shakespearean adaptations, another was a small British drama and the other was the thriller Dead Again which had become an unexpected hit.

Branagh’s version was to return to the source novel and away from the iconic flat headed sunken eyed Boris Karloff monster and which even extended to the monster being referred to in the credits as The Sharp Featured Man. That monster was to be played by Robert De Niro an intriguing piece of casting that saw the actor liaise with stroke victims in order to emulate speech patterns. Branagh, unable to resist the opportunity, to act opposite De Niro took the role of Dr Frankenstein and had intended for his then wife Emma Thompson to take the role of Elizabeth though ultimately it would be Helena Bonham Carter in the role.  Branagh cast form his stable of favoured actors which included the late Ian Holm, and Richard Briers and add a sprinkling of Hollywood names Tom Hulce and Aiden Quinn. But perhaps the most surprising and  bravest piece of casting  was John Cleese in a rare straight role.

Those expecting another Hollywood version of the tale would be disappointed. There would be no incoherent lobotomized creature lumbering around as audiences could see that for free with the groups of teenagers hanging around outside any Blockbuster video shop. Audiences would draw their knowledge of the story from the myriad of incarnations of hackneyed Hollywood films but this would be a straight forward retelling of Mary Shelley’s classic yet little read novel that had been adapted for screen by co-writer Frank Darabont whose version of The Shawshank Redemption would earn him lasting admiration. 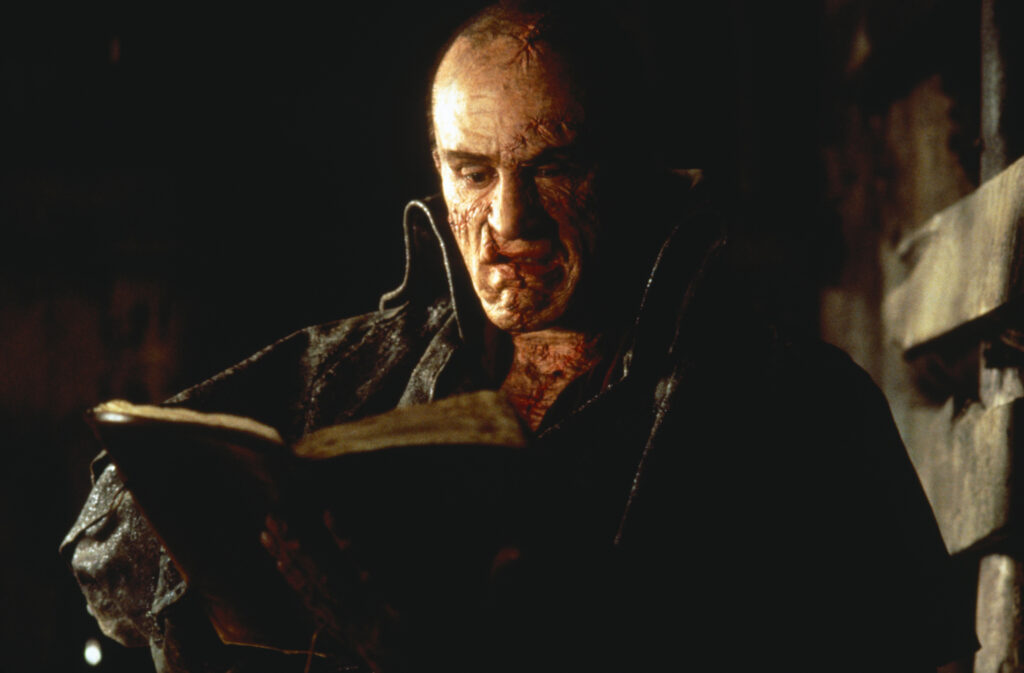 By the time of the films release stories had already been spilling out of a rift between producer Coppola and director Branagh most notable of which was that the producer wanted to recut the first act of the film which Branagh understandably refused. Coppola immediately began distancing himself from the project going on record that he now regretted not helming the project himself.  Darabont would also pile in going on record as stating his own displeasure with the finished film too. But the draw of the film was really to see De Niro’s version of the monster and his incarnation was a far more grounded vision hideously stitched together having undergone reconstructive surgery. The result was not as might be expected, Katie Price / Jordan but a slightly gnarled weather beaten face with a notable stitch mark across his face and was an occasionally sympathetic figure in what turned out to be a well made, interesting and largely faithful adaptation of the story and the film went on to success earning $112m off its $45m budget

FRANKENSTEIN UHD BLU-RAY SPECIAL EDITION has a number of decent bonus features as below but what it really misses is any input from the filmmakers. Coppola’s fallout would not see him involved and De Niro is notoriously reticent about speaking about most of his films but a commentary from Branagh is noticeably absent. It makes the disc one for Frankenstein completists and De Niro fans but equally is proof that Branagh  has a remarkably eclectic array of commercial films as director that started with Frankenstein and would go on to include films as diverse as Cinderella, Thor, Murder on the Orient Express and the recent Oscar nominated Belfast.