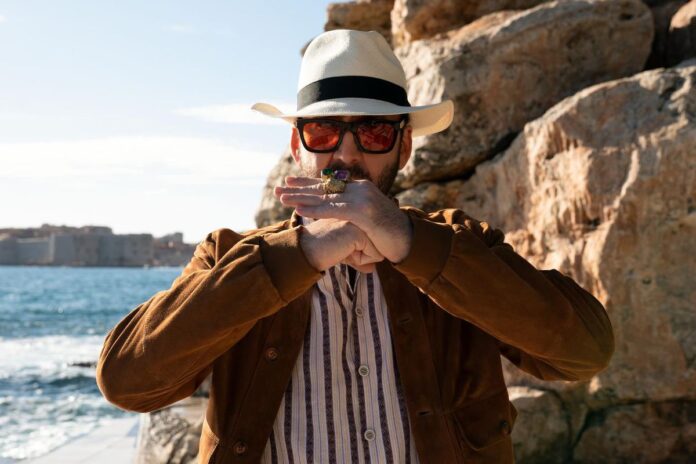 For years Nicolas Cage choice of film roles has been bizarre putting in appearances here he seems to be wilfully sending himself up but his last few films have seen something of a return to form for the actor with films such as the recent ‘Pig’. But his latest film The Unbearable Weight of Massive talent sees him sending up his public persona whilst at the same time being something of a fan letter form the films writer-director.

But why imagine an alternative existence for this Hollywood legend? “Nick has become something that transcends being an actor,” says Gormican. “He’s become a cultural figure. As culture gets stranger and stranger and fashion choices get more outlandish, you can trace like a direct line back to the patron saint of strangeness, Nicolas Cage. Just seeing his face makes people happy. That’s really interesting and made me want to dig in further and find out who he actually is.” Gormican’s intriguing and off-kilter ideas drew Cage in. “I call Tom ‘The Mind,’” he says, “because the film really is his fantasy, culled from perceptions in the media and on the internet, as well as blips in my personal life that have gone public. It’s mixed with knowledge of interviews I’ve done and things that have always interested me and drew me down this path. Essentially, the film is an imagination based on Tom’s interpretation of what my life might be like.” 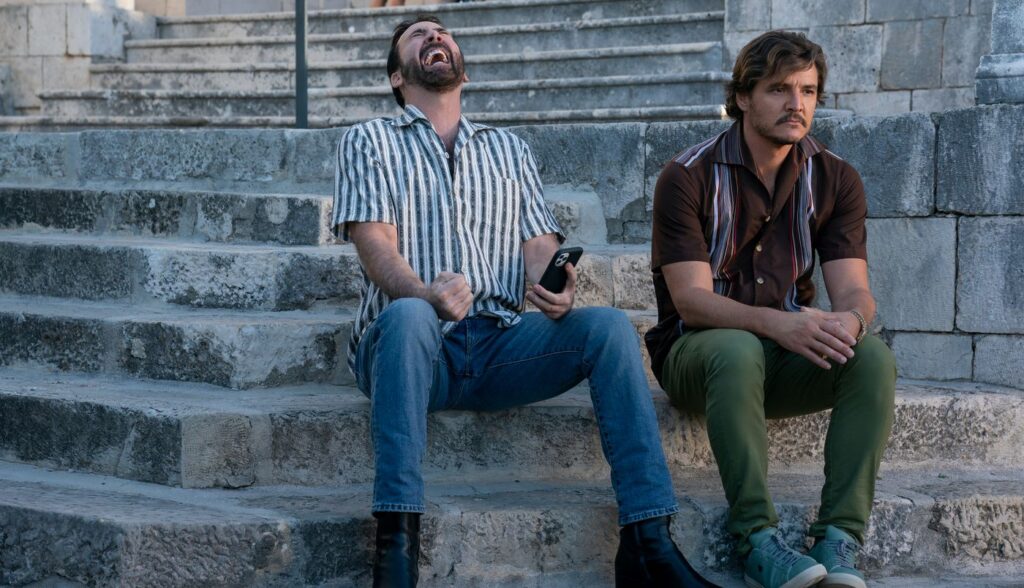 The screenplay began as a “leap of faith,” according to co-writer and executive producer Kevin Etten, as the project was written on spec, with their subject having no knowledge of the filmmakers’ plans. “Nick didn’t know us, and we didn’t have a body of work he could check,” he says. Cage was initially reluctant to participate. “I had no interest in playing myself in a movie,” he remembers. “But then I received a very nice letter from Tom, and I read his script. The first act really terrified me, and by the time I got to acts two and three, I thought, Tom is taking us on an adventure that is really quite exciting.” The letter, Etten recalls, “outlined in a thoughtful way why we wanted to do the project, which would be a true labor of love for us, because we loved Nick and wanted to celebrate him – and work with him.”

“We wanted to make clear that we were in no way making fun of Nicolas Cage,” adds Gormican. “The film would be an homage to his body of work, and that just as his work spanned so many genres, so would our film.” It was Gormican and Etten’s passion for Cage’s work, shared by millions around the globe, that inspired them to develop the idea. “There’s so much goodwill out there for Nick, and people want him to succeed,” Gormican points out. “We thought, what is he really like as a person?” In the movie, “Nick Cage” is a fictionalized version of the star, imagined as a once-highly respected actor who has fallen on hard times and is craving a return to box-office glory and prestige. But his waning career is only one of his problems. The faux Cage’s megalomania has poisoned his relationships with his ex-wife Olivia (Sharon Horgan) and daughter Addy (Lily Sheen), though he can’t see it. The fictional Cage is feeling unfulfilled and rejected, but nothing could be further from the real Cage, not least because the actor recently received some of his best reviews (in a career of good reviews) for his performance in Pig. “This is Tom’s invented version of Nick Cage – a neurotic, high-anxiety version of Nick Cage,” he says. “This film is a real head trip for me.”

Again, the inspiration came from real life. “I had an actor friend who was going to do an appearance at someone’s birthday party, and he was depressed about it, thinking it was the end of his career and the lowest thing he could possibly do,” says Gormican. “And I thought it would be fun to put Nicolas Cage in that situation.” 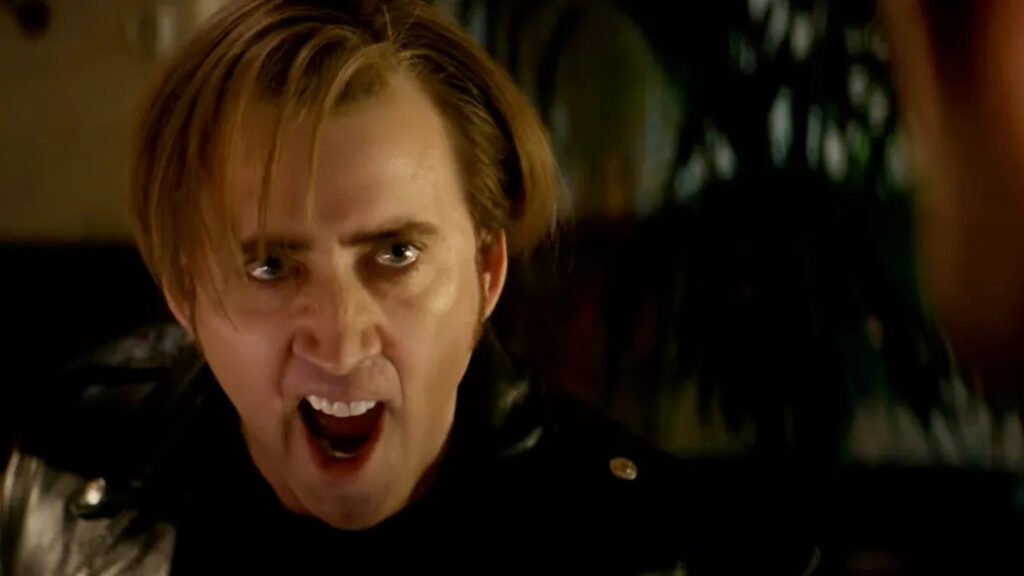 Nick is haunted by a shadow: “Nicky,” also played by Cage, is a young (think Wild at Heart-era Cage) figment of the actor’s considerable imagination who bellows for a single-minded focus on movie stardom. “Nicky has this lanky long hair, and he’s riding Nick about his career choices,” says Cage. “For me, Nicky steals the show.” In fact, the opportunity to play Nicky was something of a convincer for Cage to join the project. “What really put the hook in me about this movie was the idea of playing Nicky, and the interplay between the two characters really excited me,” says Cage. “Nicky will not rest until his alter ego tries to become a movie star again. It was like a trip down memory lane, rediscovering my energy from years ago.” For research, Cage even looked up some of his more unconventional press interviews. Much of Nicky’s look was inspired by Cage’s appearance during those interviews, as well as the wardrobe he donned during the promotion of Wild at Heart, including a black leather jacket, black jeans, and boots.

Next up for Cage is a Dracula (read about it HERE) which promises to be another OTT acting tour de force…..we can’t wait!