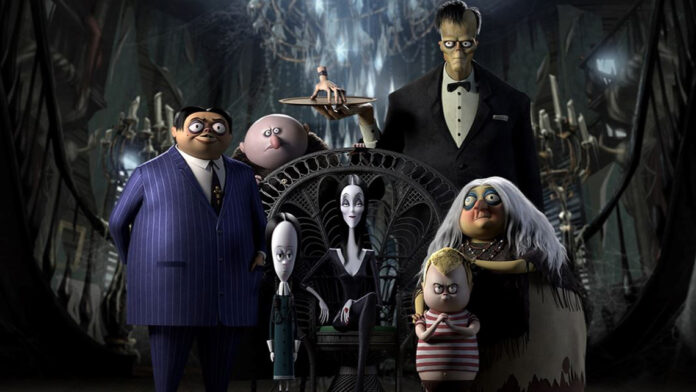 Charles Addams classic cartoon strip The Addams Family about a group of socially unacceptable freakish misfits was hugely popular and it’s in that tradition that may go so way to explain the bizarre success of the Kardashians.  But the cartoon strip has inspired live action films, an iconic TV series and its ear worm theme tune , a musical and now the second animated film after the huge success of the first which earned $203m around the world. But whereas the first film plonked them in suburbia The Addams Family 2 sees the ghoulish gang go a on road trip across America. It’ s all at the behest of her Dad Gomez who instigates the idea in an effort to bond with his daughter Wednesday. 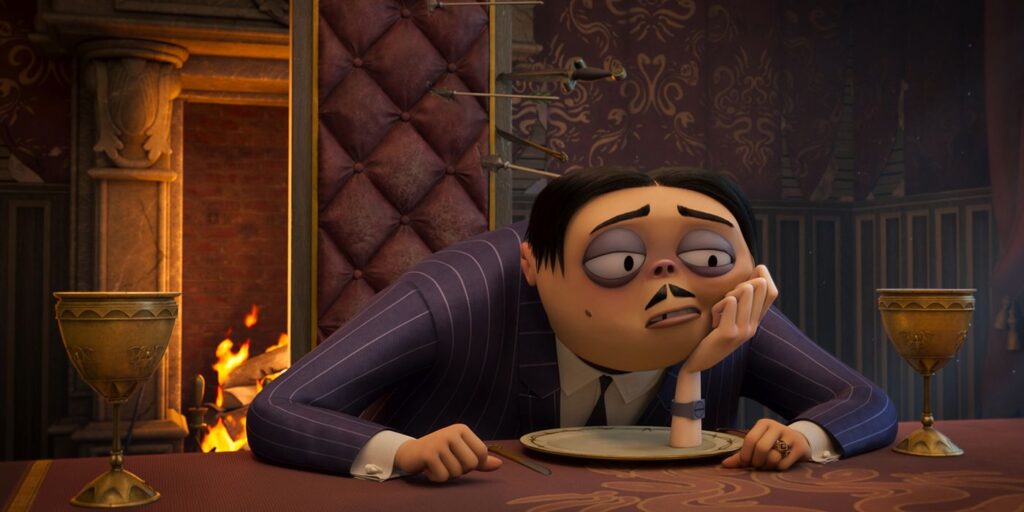 Much like the first film it’s Wednesday (Chloe Grace Moretz) who is at the centre of the main story here. Something of a genius she demonstrates at the school science fair how she can transfer the attributes of animal species to her dullard Uncle Fester and in that respect it can be assumed that her early experiments were a success using amoeba and the contestants from Love Island. But her breakthrough is not rewarded when the school decides in the best traditions of woke-ism that, ‘everyone’s a winner ‘ and in that regard we look forward to seeing David Attenborough’s reaction at the BAFTA’s when his latest groundbreaking documentary series competes against the Gemma Collins series, ‘My Sausage Roll Hell’. 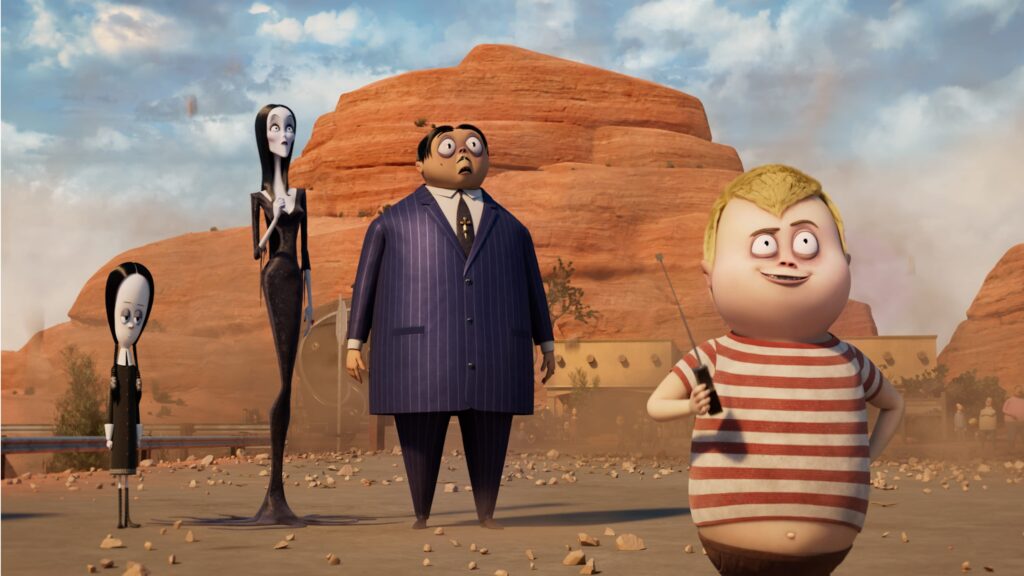 So it’s off on a cross country vacation she goes with her family that soon becomes something of a chase when her parents Morticia and Gomez are chased by a grasping lawyer who breaks the bombshell that Wednesday is not their biological daughter and pursues them cross country for a DNA sample.  So as he pursues them over the US the family take in suitably morbid stop offs including Death Valley and The Alamo. Playing second fiddle to this is the effect of Wednesday’s school science experiment on Uncle Fester that sees his DNA merging with that of an octopus as well as Pugsley’s attempt to find love as nurtured by his Uncle’s advice. 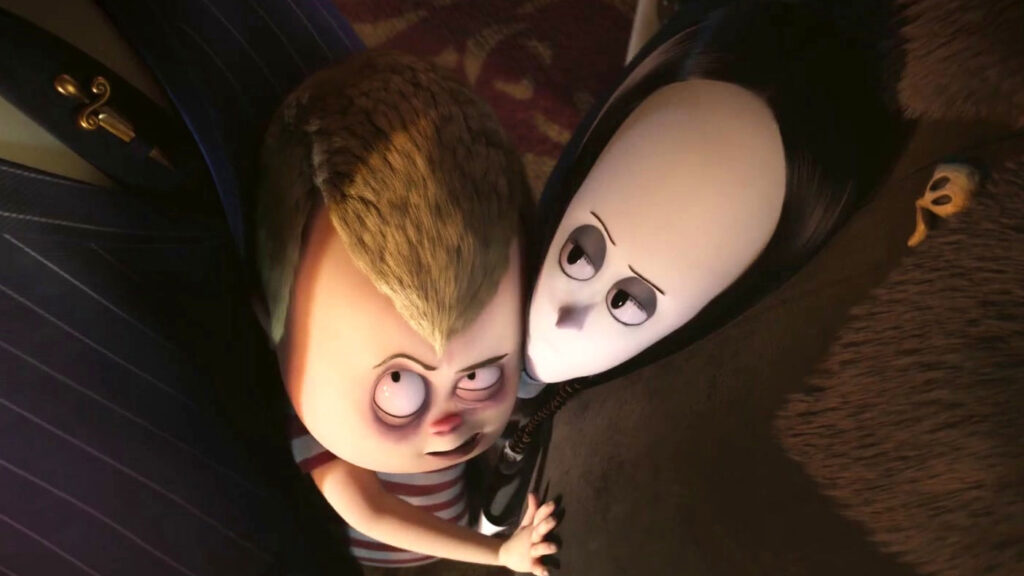 With four screenwriters (along with four directors) there are some decent dark jokes as well as some homages to horror classics notably ‘Carrie‘ for the parents taking their kids with the film  culminating in an effectively HP Lovecraftian type climax with a mad scientist (Are there any other types in movies?).  Much like the first film there’s an all star cast of vocal talent including Charlize Theron and Oscar Isaac and as good as actors as they are but none are really vocally distinctive enough to warrant the expense  especially in the case of Cousin It with an easy pay day as the characters voice was always deliberately indecipherable and frankly could have been played by the person at the local pizza shop who answers the phone and can barely string a comprehensible sentence together.  This sequel is not as satisfying as the first film but as ever the message of The Addams Family 2, much like the first film, is about the love of a close family and there’s much to be said for any film that champions such an emotion