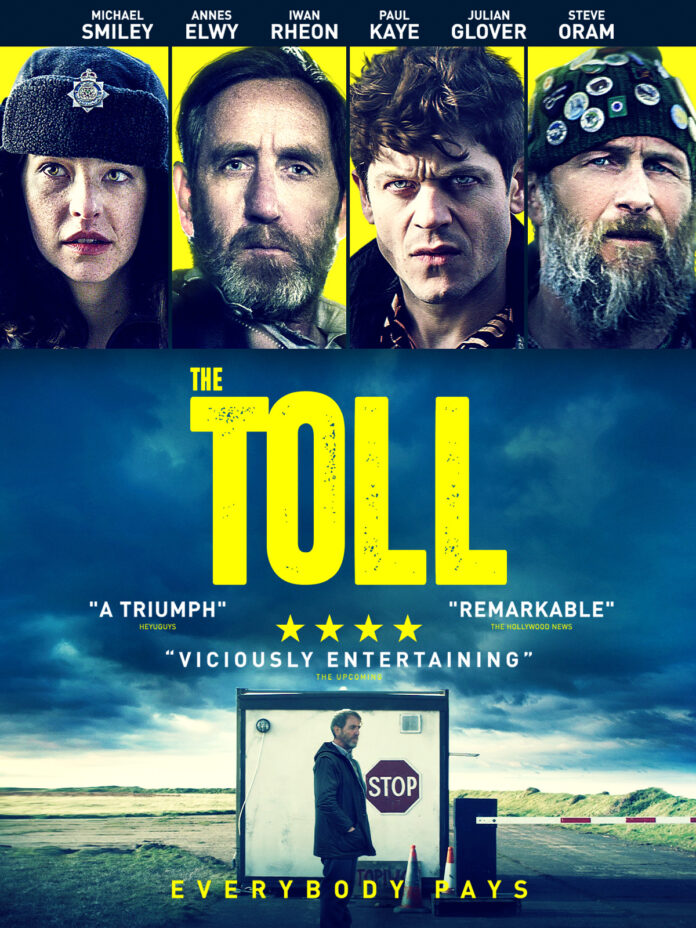 Holidaying In beautiful West Wales our Editor was taken aback by the pub menu offering Welsh Rarebit as he had always thought that was a Swansea virgin but the central character in The Toll is a nameless man played by Michael Smiley with an unknown but shady past who gets through his day with a sandwich and a flask sitting in a pokey dimly lit portakabin. It’s the sort of place that estate agents try to pass off as, ‘a studio flat with room for expansion’.  For the past 29 years he’s been sitting there collecting a 40p toll fee until Elton (Gary Beadle) rolls up in his flash car and recognises Toll Booth man. It soon turns out that Toll Booth’s man past has caught up with him having been hunted by wealthy gangster for reasons left unknown but Elton soon finds himself bound and gagged in an abandoned ships container as the story unfolds with death and mayhem soon to follow.

It’s a tale that’s told retrospectively to a local cop Catrin (Annes Elwy) herself grieving for her late father and the film flits back and fore as the story unfolds. In Toll Booth man’s  retelling of what happens there’s an eclectic array of characters drawn into the tale that includes a psychotic ambulance man, murderous farmers, a fat female Chinese Elvis impersonator and her whooping Territorial Army sidekick as well as a trio of Pussy Riot impersonators running amok robbing and thieving and all parties each being drawn into the various threads of the story which builds to the expected bloody climax. 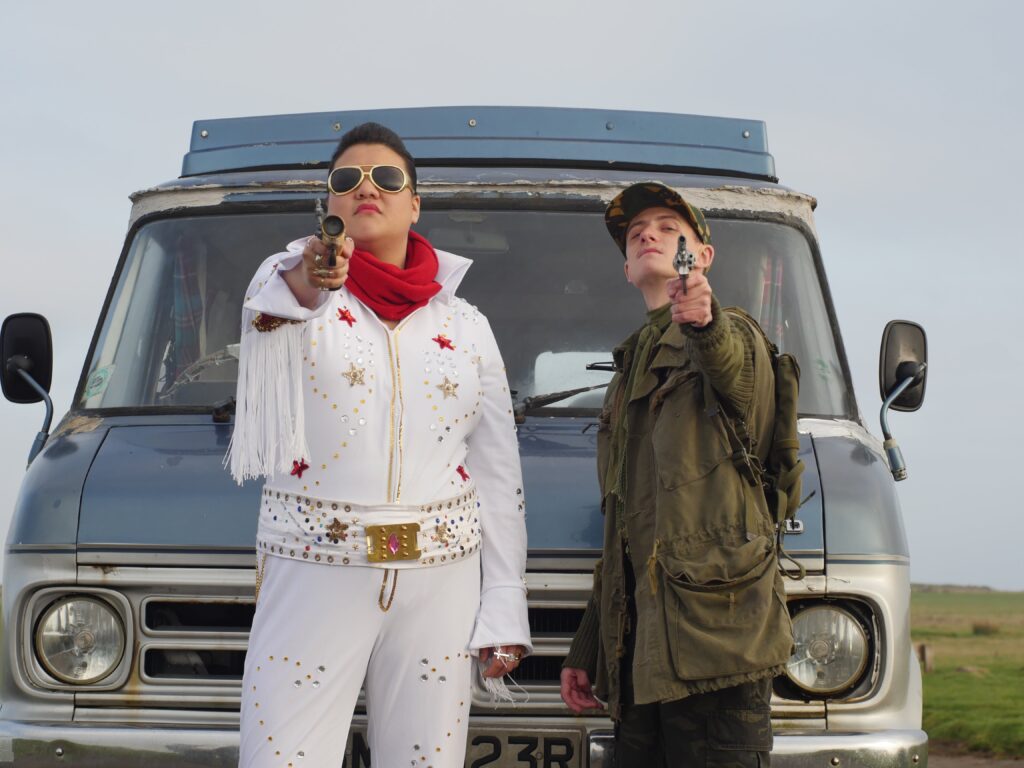 If this all sounds a bit Guy Ritchie like you’d be right as his trademark labyrinth plotting and bizarre characters are all present but The Toll is another film that emphasizes just how really good Guy Ritchie’s gangster films are because though this runs barely 80 minutes it lacks the gusto of the films that have inspired it. It’s not for want of trying with a decent cast of names led by Smiley who is as good as he always is and is supported by an array of decent Welsh talent and this is the second film this year after Saint Maud that has a scene played out in the Welsh language although here it’s not for any obvious reason. If anything The Toll plays out more as a Western emphasised by its spaghetti western score than a gangster film.

Written by Matt Redd and directed by Ryan Andrew Hooper in their feature film debut there are moments to like and both Welsh filmmakers are rightly proud of their home country with moments that show the beauty and simplicity of its coastal setting but just falls short of its filmic aspirations.