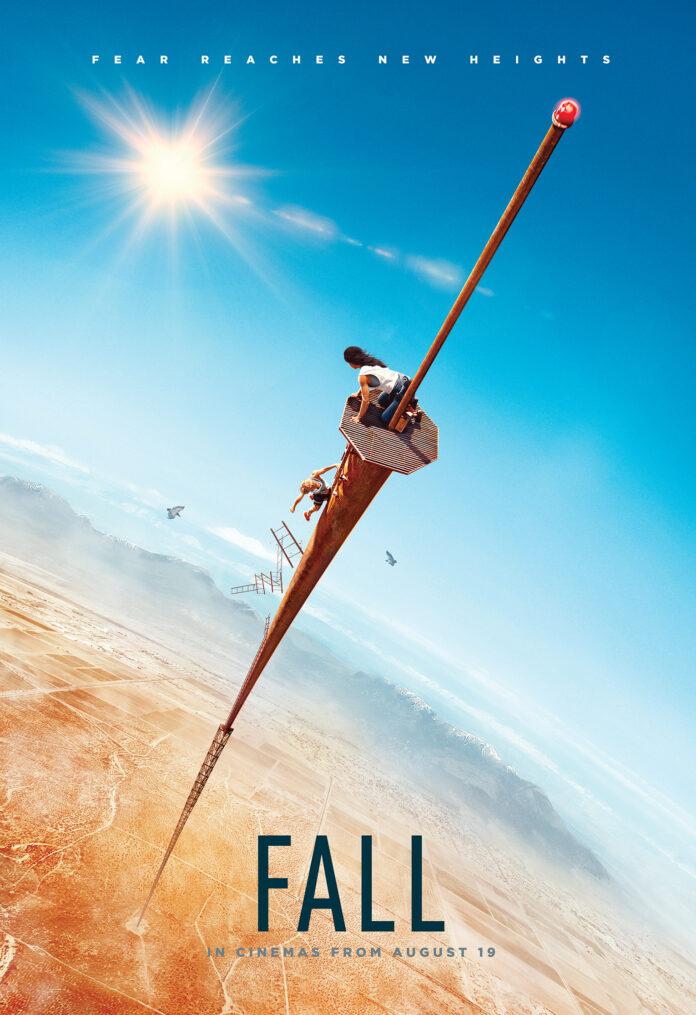 For our American readers it’s appropriate that the release of Fall coincides with the change in seasons but for the rest of us this is an ideally titled film that sees climb crazy Becky (Grace Caroline Currey), her boyfriend and their adrenaline junkie Hunter (Virginia Gardner) free clambering up the smooth face of an enormous cliff as they ascend to the top. It’s a huge drop and they’re all clinging to it with all the tenacity of Boris Johnson clinging onto power as Prime Minister but like him its inevitable what will happen. It’s an opening scene not dissimilar to that of Cliffhanger and Becky has taken to dropping her boyfriend a bit too literally. In fairness she had nothing to do with his losing grip on the cliff face and we pick up almost a year later with Becky still pining after her late boyfriend.

But it’s Hunter, being one of these people who want to do all those dangerous sports – something that makes you feel alive which is all very well unless it of course kills you which is what happened to Becky’s boyfriend, who decides to help her move on.  Hunter wants to get Becky to overcome her now understandable fear of heights on the anniversary of the incident. So what’s her great idea?  That the pair of them climb a now disused 2000 foot tall mast. Her belief being that you should do what makes you happy. We were in college with someone who did what made him happy. He did heroin. But we digress ….so the film sees the pair drive out to the mast and ascend the mast. Now for anyone with a fear or heights Fall is all brilliantly filmed by director Scott Mann and his DoP MacGregor because though you know this must be green screen it is heart-in-your-mouth stuff   …maybe too well because the first half of the film is dizzying and with all the feet slips and broken steps the film has you flinching in your seat not seen since Alexandre Aja’s 2019 alligator movie Crawl. 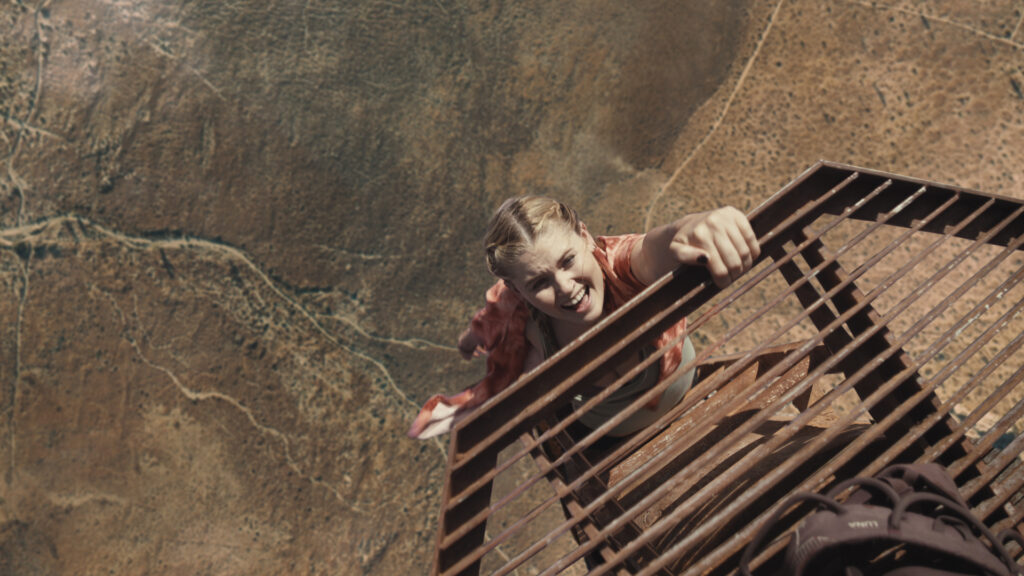 Inevitably they get stuck at the very top of the mast on a platform the size of a pizza with vultures circling and no one around for miles and their friendship increasingly under strain as a secret is revealed. For once though here is a film where the protagonists don’t have to hold their mobile phone up in the air to try and get a signal but here they have the opposite problem insofar as they’re too high up. What follows is just how can they get down

Fall is one of those high concept movies able to be pitched in one sentence to the executives and contained to mostly one setting albeit 2000 feet in the air. This might be a hard watch for anyone with a fear of heights and it’s a problem that beset Robert Zemeckis 2015 film The Walk which piled on the anxiety even further by using 3D for a film that followed the true story of a man that walked a tightrope between the World Trade Centre towers in the 1970’s. However Fall is pure Saturday night escapism and is a brilliantly tense experience in what is possibly the most vertigo inducing film we’ve ever seen in quite some years and like all disaster films it has the audience trying to figure out just how they might get down. Despite something of a cop out ending the journey there scales the heights of high suspense

We spoke to director Scott Mann about the making of the film ….

Watch the the Fall trailer HERE