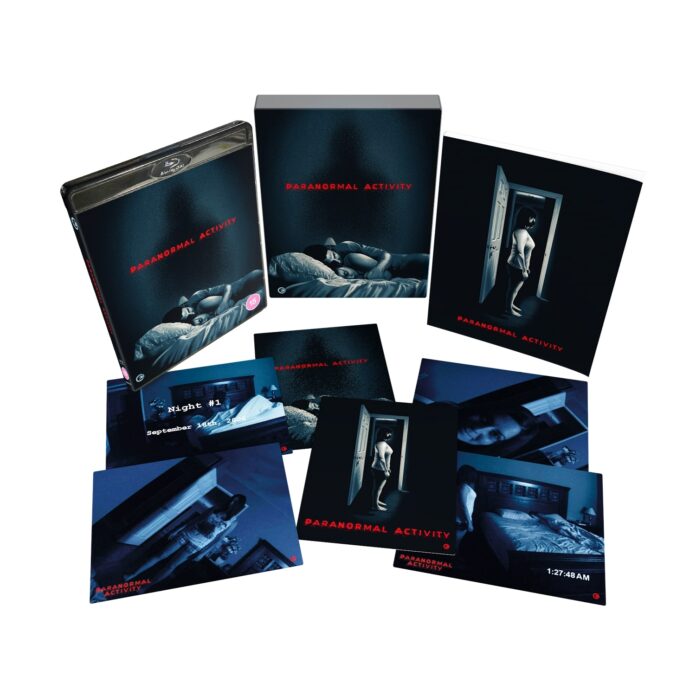 It’s all the fault of The Blair Witch Project. A film that was made on a shoestring purporting to be found footage of a missing documentary team backed by a brilliant marketing campaign on a fledging internet whose potential had not been utilized and went on to earn the film an astonishing $248m off a tiny $60k budget. It opened the flood gates and the market was deluged with the most atrocious tosh that audiences quickly tired. All of this had been watched from afar by aspiring film maker Oren Peli bored with his own job in IT and wanting to work in films he saw the potential to make his own film on a shoestring budget. Having recently moved into a house for the first time having always lived in an apartment with his then girlfriend he was inspired by the innocuous sounds of the house at night which played on his mind. 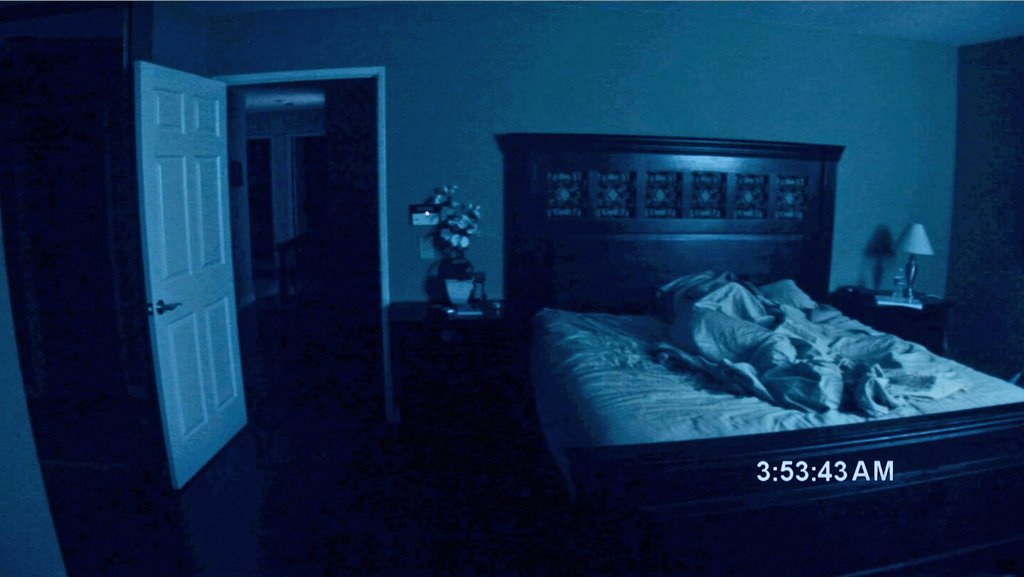 Determined to get out of his day job he used his $15k savings as the budget and used his own house and auditioned 2 actors to play the couple he took a week off work and shot Paranormal Activity.   Having taught himself editing he cut together the film and approached independent producers choosing to ignore Hollywood as he was essentially an outsider with no contacts. Having secured a festival screening with Peli even going as far to stand on street corners handing out flyers for the film it was finally screened to audience acclaim. But it was only the beginning.

The studios quest for another monster hit found footage genre had failed to unearth another Blair Witch Project and the studios interest lay elsewhere. Peli was eventually offered $300K for Paranormal Activity to go straight to DVD which he resisted wanting to see his film released on the big screen. But bit by bit he was getting closer to that with Dreamworks showing interest but only if they could remake it. Peli stood firm refusing the offer and his instransigence began to pay off and he managed to secure a test screening for a public audience with some execs in attendance and it was the audiences reaction that finally convinced the execs to stick with what Peli had shot… except now the studio didn’t like the ending. 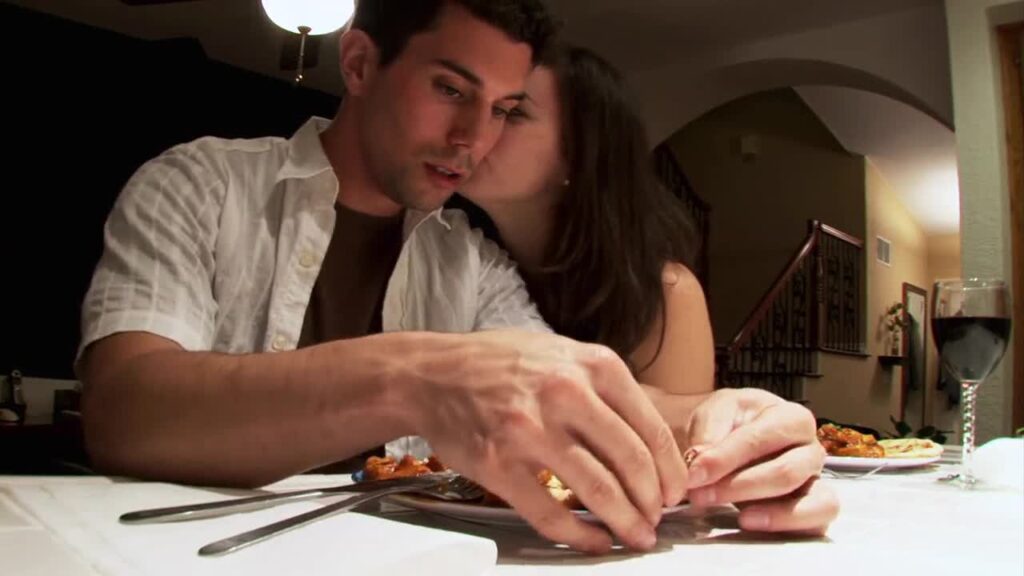 Stalemate. So now the studio bought in the big guns in the form of Spielberg to have the final say, who in fairness was an owner of a third of the studio. The director saw the potential and, himself no stranger in wringing out every last scare as he did with the head bobbing out of the boats hull in Jaws, he saw an opportunity to improve the films ending with one final  scare ….and it was a brilliantly effective one too and Peli would be the first to agree that who was he to question Spielberg. With the amended ending and the film trimmed by five minutes it was ready for release…except now there was a further problem. Dreamworks had partnered with Paramount but both had now parted ways  and the Paramount execs just ignored what was a very low budget shocker as far as they were concerned and it wasn’t until all of those execs were sacked as part of a reshuffle  that a newly installed exec who had always been keen on the film pushed for its release. But a low budget film got a low budget for marketing …. a paltry $700,000 and much like Blair Witch Project had done they focussed on the colleges where it immediately took off. Peli finally got his theatrical release and in 2007 the film was rewarded with  an enormous $193m box office haul. Unsurprisingly it spawned five ever diminishing sequels all of which made big money and there’s now a reboot in the offing – (read about that HERE) 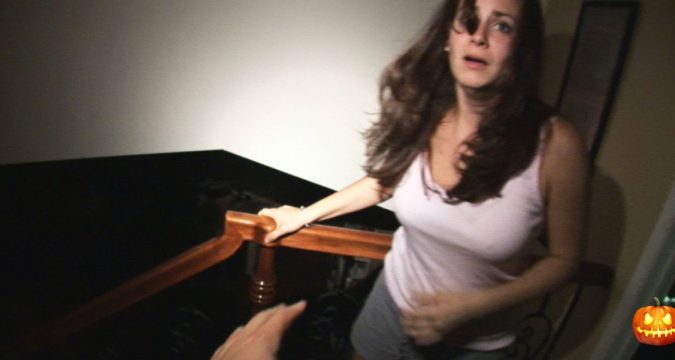 Paranormal Activity is arguably the best of the found footage films. Its static locked off shot in the couple’s bedroom meant that audiences were searching the picture for scares. As far as they were concerned that bedroom at night with those dark spaces on screen held horrors that played on the imagination. Combined with sound effects, simple special effects and moments of eerie silence that produced eerily effective chills and scares that had audiences screaming and featured heavily in its UK TV advertising  (though unfortunately not featured on the disc). The films success was well deserved although it impacted on other films going into production with execs slashing budgets on the basis that if Paranormal Activity could do it on a shoe string so could their studio productions. 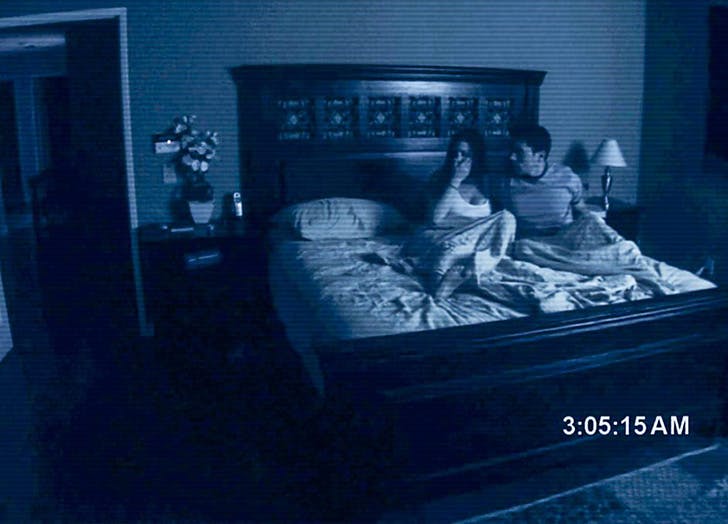 The re-release of Paranormal Activity is another superb job from Second Sight Films who have given this as much love as their previous retro releases and this limited edition blu-ray has the usual array of excellent bonus features which has individual commentaries from Peli as well as Katie Featherstone & Micah Sloat who play the couple and the three have each given a new interview all of which are engrossing. There’s also deleted scenes plus the various endings and in fairness Spielberg’s suggestion does take it up a notch. With six collectors cards and a paperback of essays about the film this is once again Second Sight showing how a home release disc should be done and long may they continue.

Paranormal Activity at only 86 minutes is a brisk and highly effective shocker that leaves a sense of dread that anyone having not seen it before should not watch alone because a sleepless night is guaranteed.