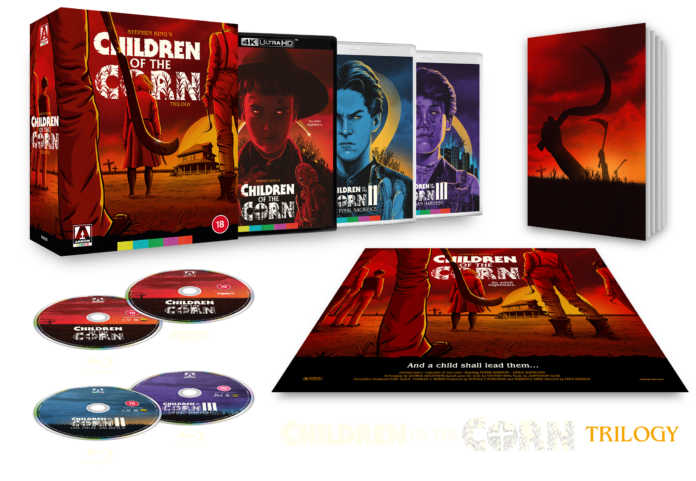 ‘So many people tell me they had nightmares about Malachi’, said actor Courtney Gains who played the role in Children of the Corn a mid 1980’s adaptation of a Stephen King novel. It’s hardly surprising in fairness that so many had nightmares because at 18 years old Gains had a ginger mullet was so pasty faced that he was at risk of skin cancer if anyone switched on a 100 watt light bulb and had a mouth packed with so many teeth that  the tooth fairy would leave blank cheques under his pillow. 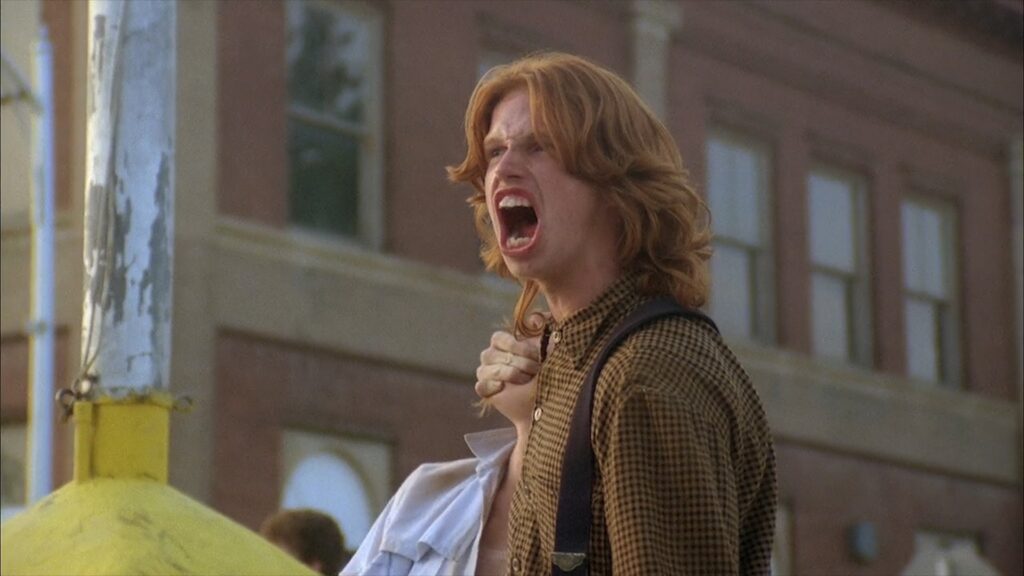 Released in 1984 Children of the Corn was the latest Stephen King novel to be made into a film with a significant part of the budget being paid for the rights leaving less than $1m to make the film where a young couple (Linda Hamilton and Peter Horton) find themselves stranded in the small town of Gatlin, Nebraska where they meet a religious cult of children led by the mysterious Isaac and the unhinged Malachi and learn the blood-curdling secrets of ‘He Who Walks Behind the Rows’ which for once isn’t a Catholic priest patrolling the boys choir stalls. 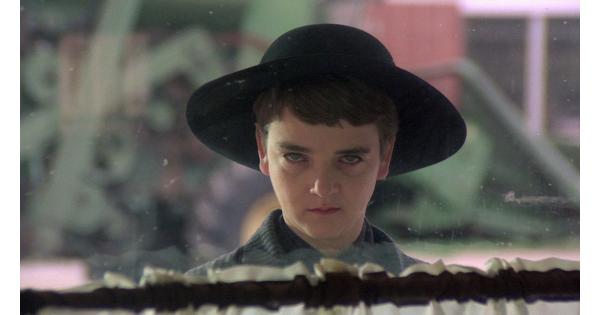 The film was certainly one of King’s lesser novels with the author’s distrust of organised religion which filters through much of his work but was front and centre here. Directed by Fritz Kiersch it was his first feature film and was a favour to him from a new executive at New Line Productions who he had always helped out when starting out in the industry. Shot in Iowa due to the huge corn fields the crew were soon to find the fields crops dying as the harvest had already taken place before filming began. Kiersch had used a number of local actors from a local theatre group but Courtney Gains had been auditioned and had won the role having terrified the casting director during the read through when he pulled out a knife. He played the role of Malachi, a sort of ginger haired henchman to cult leader Isaac played by a somewhat androgynous looking John Franklin who suffered from a growth hormone deficiency. The young couple get caught up in this as they drive through the town where Peter Horton, who oddly doesn’t contribute to the bonus features on the disc, and jobbing actress Linda Hamilton shortly before her iconic role in ‘The Terminator’. Turnaround on the production was swift with only 8 weeks prep  before a 4 week shoot in Iowa where the budget would be regularly trimmed causing effects heavy sequences to be cut or radically rethought. 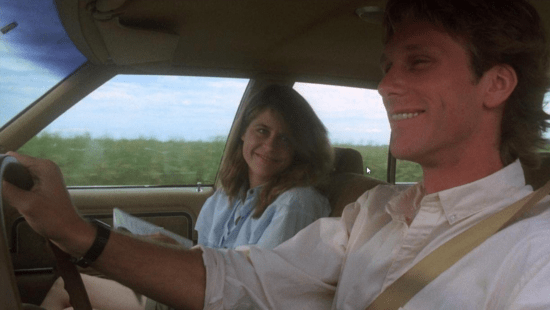 It’s an appropriate if unintended motif that the story is based in a  field of corn because it’s this is B-movie territory and far from the best of films adapted from King’s novels and yet it still earned an extremely healthy $14.5m at the box office from its meagre budget enough to ensure a 1992 sequel Children of the Corn II: The Final Sacrifice, where the well meaning locals of the nearby town adopt the children who survived the original terror with the expected carnage soon following. It did half the business of the first filming earning only $6.9m at the box office and yet it didn’t stop a third film with 1995’s  Children of the Corn III: Urban Harvest which bought the terror to the big city, as two orphaned boys from the town are taken into foster care in Chicago, where He Who Walks Behind the Rows begins to walk again!

All three films are on now available as part of a limited edition with the first film in UHD and the second and third film having alternate cuts.  The first film has a directors commentary by Kiersch who is open about the issues he had and how he had to overcame them and joining him is producer Terrence Kirby plus Isaac and Malachai themselves.  A retrospective on the film with the main players is good as is a standalone interview with Linda Hamilton but there’s a number of small featurettes which will have interest for the uber-fan that includes a return to the location, interviews with the production designer and composer plus the fabled ‘blue man’ scene where the actor who played the sacrificed cop chats about his deleted scene. Perhaps best of all is a 1983 short film adaptation of King’s story which. if anything. is better than the feature film and well worth a look, The two sequels have two cuts of the film, a US cut and an unrated International cut and there are  commentaries for each as well as the expected trailers and stills galleries. 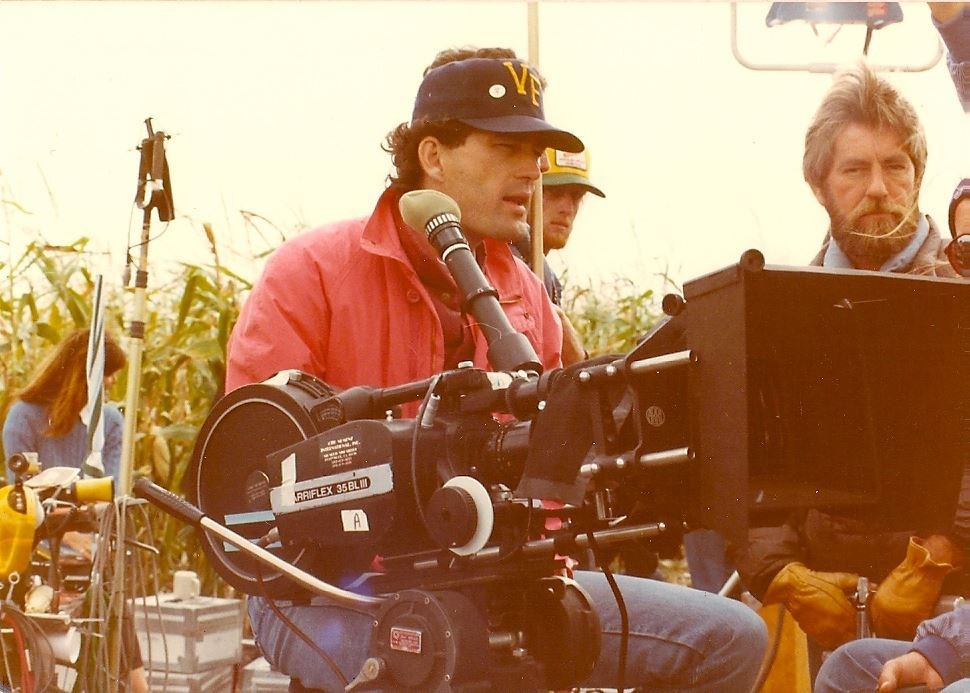 Children of the Corn  followed after Carrie, Salem’s Lot, The Shining, Creepshow, Cujo and The Dead Zone and was arguably the start of  a dip in quality. Christine about a possessed car had been released the year before and Firestarter would follow Children of the Corn and it seemed to be that anything King put his name on whether it be novel or a signed receipt would be optioned by Hollywood. Ironically the films about a cult became something of a cult themselves and spawned remakes and TV series and the original film did big business in America’s Mid West with a fan base that continues to this day and it’s those fans that this Children of the Corn limited edition is likely to appeal to most along with King completists.

Here’s the Children of the Corn trailer……